Putin has praise for U.S. ties 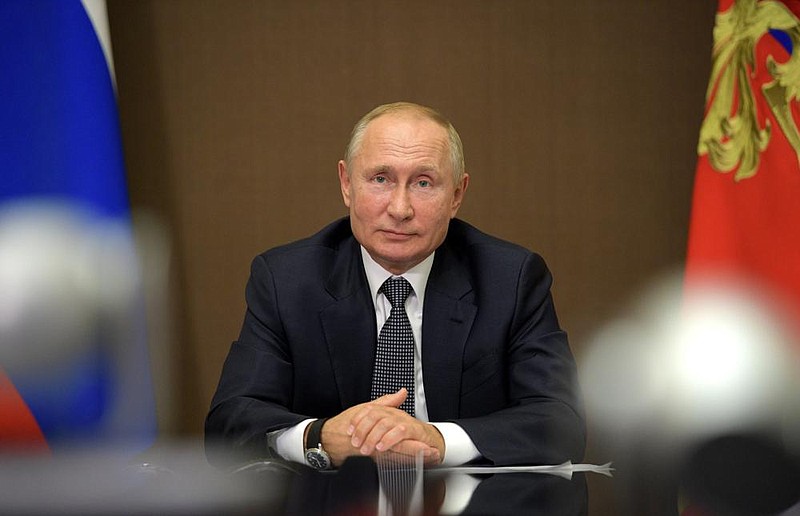 The Russian leader even argued that the values of the Democrats were similar to those of the Soviet Communist Party, of which he said he'd been a member for 18 years. The Soviet regime's longtime ties with the Black community in the U.S. could also be a basis for links to the Democrats, he said.

"Equality, brotherhood, what's wrong with that?" Putin said. "There is some kind of ideological basis for establishing contacts with a representative of the Democratic Party."

Allegations of Russia's "supposed hyperactivity" in trying to influence the U.S. elections are "completely unfounded," Putin said in a state TV interview broadcast Wednesday, his 68th birthday. Still, he joked, the accusations helped Russia's image by demonstrating "our incredible influence and power."

In his most detailed comments to date on the presidential campaign, Putin said Trump "repeatedly spoke out in favor" of better relations with Russia and "we certainly appreciate it very much." While there's "quite sharp anti-Russian rhetoric" from the Democratic candidate, Biden has said he's ready to extend the New START nuclear treaty or to reach a new deal limiting strategic weapons and "this is already a very serious element of our possible cooperation," Putin said.

The Kremlin leader's intervention comes a day after Trump announced that he has authorized the declassification of documents related to the FBI's investigation into Russian meddling in the 2016 campaign. The U.S. president has denounced the allegations as a hoax, even as U.S. intelligence agencies agreed that Russia did meddle in the campaign to aid Trump, and have said that it's doing so again to denigrate Biden.

Meanwhile, Russia's military marked the president's birthday by announcing the test launch at sea of one of its new hypersonic missiles. Putin has boasted of developing a new generation of strategic weapons even as Russia has urged the U.S. to agree on an extension to the New START treaty that is to expire in February.

Putin said a bipartisan consensus in the U.S. on the need to contain Russia had meant "the intentions that President Trump spoke about earlier have not been fully realized." The Trump administration imposed or expanded sanctions 46 times on Russia, more than any previous one, he said.

Even so, Russia-U.S. trade had "grown noticeably despite all the restrictions" and joint efforts to stabilize world energy markets had also been effective, Putin said.