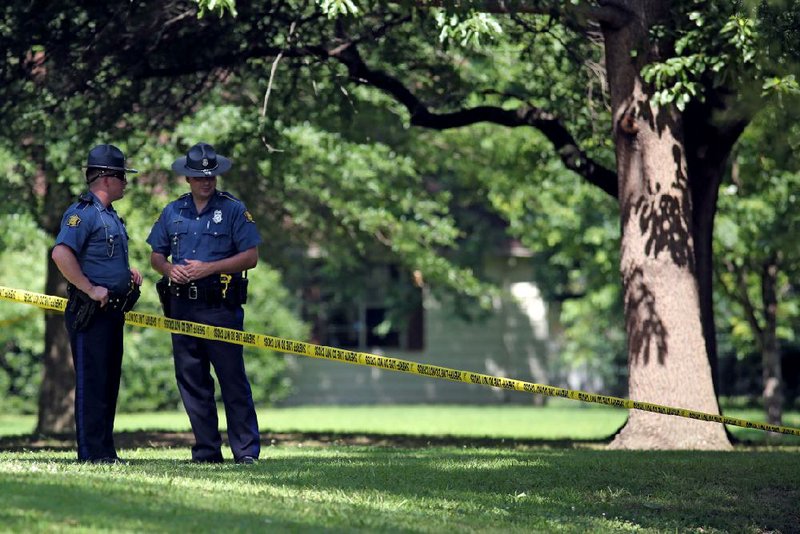 NEWPORT -- A 19-year-old man pleaded guilty on Tuesday to first-degree murder in the shooting death of Police Lt. Patrick Weatherford in 2017.

Derrick Heard was sentenced to 42 years in prison, according to a news release from Prosecutor Attorney Henry Boyce.

Weatherford was pursuing Heard on foot after he fled the scene of a reported vehicle break-in at the parking lot of Newport High School on June 12, 2017, according to Jackson County Circuit Court filings.

Heard was 16 and fleeing -- first on a bicycle and then on foot -- when Weatherford caught up with him.

Weatherford apprehended the suspect near Bowen Street and Remmel Road, about five blocks west of the school, and told a dispatcher that he had a weapon, according to an arrest affidavit written by Arkansas State Police investigator Sgt. Scott Pillow.

Weatherford then was shot, with the bullet striking him in the abdomen, investigators said. A medical examiner reported that the bullet traveled to his heart. Medical personnel transported Weatherford to Unity Health-Harris Medical Center in Newport, where he died.

Heard also fired at Newport Police Sgt. Shane Rogers, who returned fire, but neither of them was injured by the gunfire, according to court filings.

Weatherford, 41, was a 15-year veteran of the Newport Police Department.

Besides first-degree murder, Heard also pleaded guilty to attempted capital murder, breaking and entering, theft of property and possession of a handgun.

"This case has been without question one of great impact to the citizens of this community as well as to the law enforcement community in general," said Boyce.

Heard was a juvenile at the time of the homicide, but he was charged as an adult.

According to court records, Heard's mother has said her son has behavioral problems and was prescribed medication for "post-traumatic depression." Heard had been arrested for theft while in the seventh grade, and was on supervision at the time of Weatherford's death.