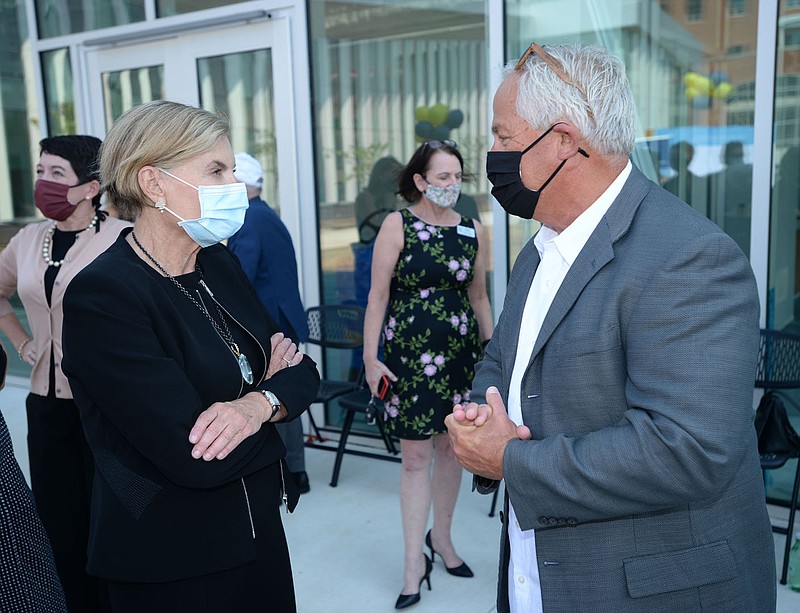 Jane Hunt Meade (left) speaks Tuesday, Oct. 6, 2020, with Mike Russell, a member of the Fayetteville Public Library Foundation Board and capital campaign director, during an announcement for a $5 million gift from the Hunt family to the library's expansion project. The facility is set to be open by the end of the year. Visit nwaonline.com/2001007Daily/ for today's photo gallery. (NWA Democrat-Gazette/Andy Shupe)

Jane Hunt Meade, whose parents J.B. and Johnelle Hunt founded the largest publicly owned trucking company in the United States in Lowell, announced the family will donate $5 million to the library's expansion project.

The expansion, set to open in late November or early December, will add 82,500 square feet to the Blair Library on Mountain Street. Its courtyard, larger than the downtown square, will be known as the Hunt Family Gathering Glade. Its innovation center, which will feature simulation labs for truck driving, forklift and backhoe operation and aviation, will be named the Hunt Family Center for Innovation.

David Johnson, the library's executive director, said people will be able to get certified training in operating those vehicles. That's in addition to the studios for audio and video recording, podcasts, photography and a virtual reality lab, he said.

"Kids and adults alike can get hands-on, free training creating a capable workforce that will allow our citizens to go out and get higher wage jobs, resulting in a happier, healthier and educated community," Johnson said.

The announcement came more than a year after Jim and Nancy Blair gave the library $2 million for the project. The original building is named after Jim Blair's late wife, Diane Divers Blair; his grandmother, Bessie Motley Blair; and aunt, Mary Grace Blair. Jim Blair made a $3 million donation leading up the library's opening in 2004, bringing the total family contribution to $5 million.

The Blairs gathered with about 40 other people outside in the courtyard area to hear the Hunt family announcement. Attendees wore masks to help prevent the spread of covid-19.

Meade took a tour of the library expansion recently, as did her brother, Bryan Hunt, and the two were "blown away," she said. She likened the expanded library to The Jones Center in Springdale or Crystal Bridges Museum of American Art in Bentonville as "gems" of Northwest Arkansas.

"There will be no dusty bookshelves in there," Meade said.

The expansion will nearly double the 88,000-square-foot library. The space will double for youth services, including preschool, grade school and teen areas. Areas for people to collaborate, work, study and learn will increase. A 700-seat event center will serve as a midsized venue for a variety of functions.

In addition to the innovation center, genealogy research will get a dedicated section. More parking will accommodate more people. A teaching kitchen and deli will face West Avenue.

Voters approved a property tax increase in 2016 to pay for about $26.9 million of the library's nearly $50 million cost of construction and to support its expanded operation.

Johnson said the library has so far raised about $11 million of its $23 million fundraising goal. The gift came as the fundraising effort is gaining momentum, he said, and more announcements are planned soon.

The gift also came during a time when people are looking for something to look forward to, as the pandemic's economic toll has been felt across the nation, Johnson said.

"We have a reason to be thankful and optimistic," he said. 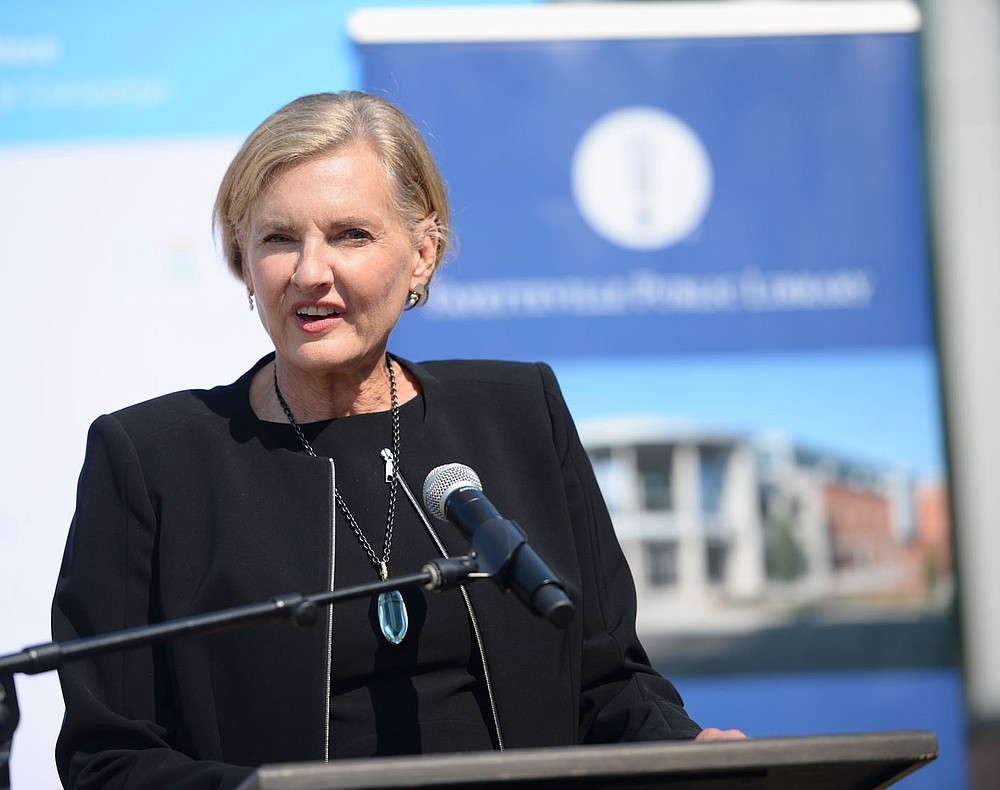 Jane Hunt Meade speaks Tuesday, Oct. 6, 2020, during an announcement for a $5 million gift from the Hunt family to the library's expansion project. The facility is set to be open by the end of the year. Visit nwaonline.com/2001007Daily/ for today's photo gallery. (NWA Democrat-Gazette/Andy Shupe) 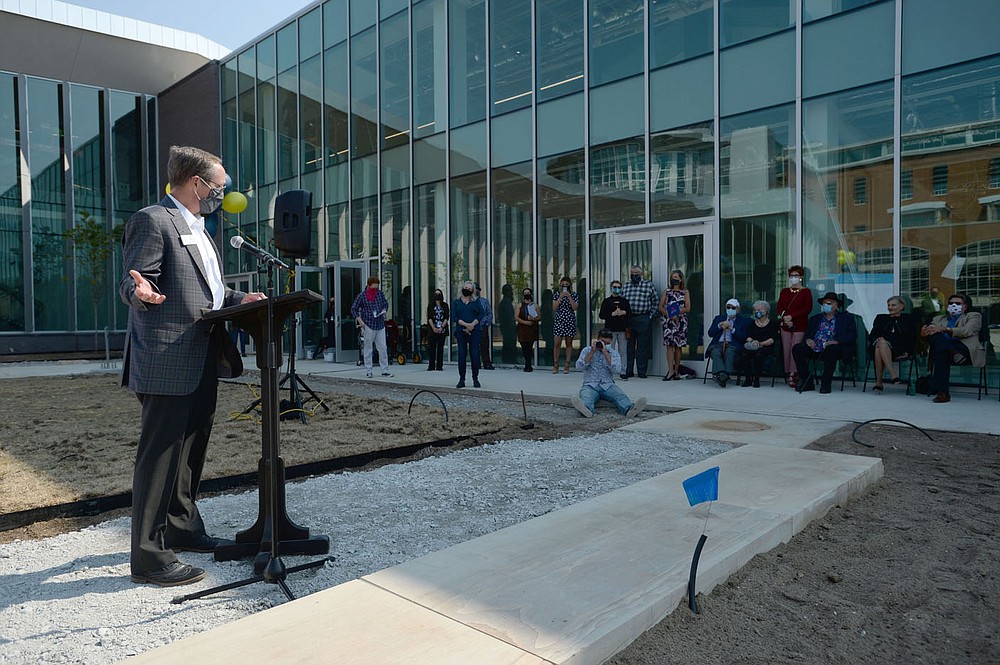 David Johnson, executive director of the Fayetteville Public Library, speaks Tuesday, Oct. 6, 2020, during an announcement for a $5 million gift from the Hunt family to the library's expansion project. The facility is set to be open by the end of the year. Visit nwaonline.com/2001007Daily/ for today's photo gallery. (NWA Democrat-Gazette/Andy Shupe)
More News

To learn more about the Fayetteville Public Library expansion and its fundraising campaign, go to: