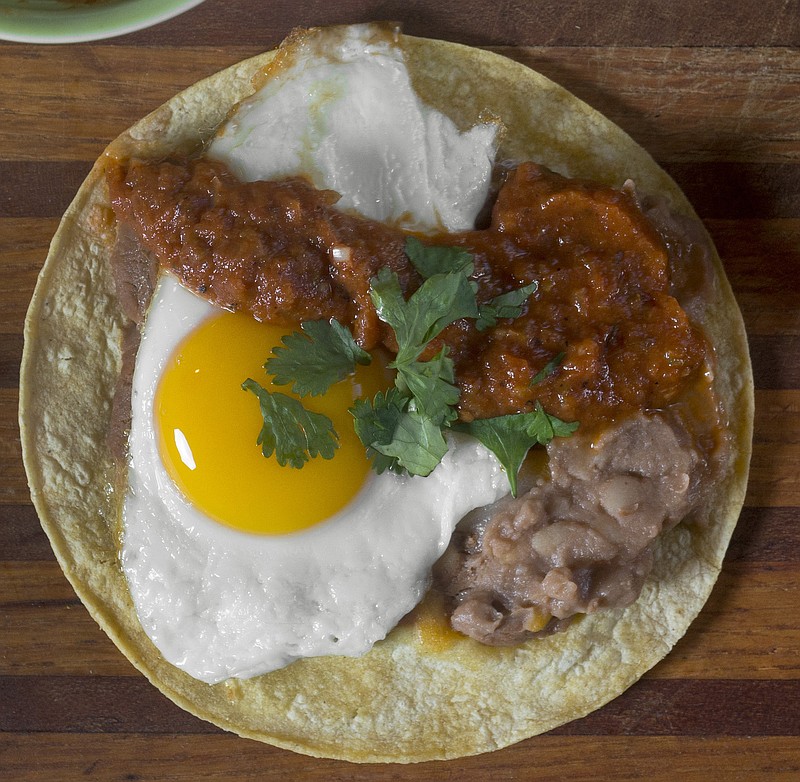 Adding a fried egg is an easy way to jazz up leftovers. (Arkansas Democrat-Gazette file photo)

Not thinking ahead about leftovers is one of the biggest mistakes that home cooks make.

The best cooks I know are thinking about the meals they'll make with leftovers while they are making the initial meal itself.

Rolling one meal into the next can take practice, though, so here are seven ideas for using or spiffing up leftovers. This helps cut down on food waste and your grocery bill, and it also cuts down on the amount of time and mental energy it takes to put food on the table.

■ When simply reheating leftover food and not transforming it into something else, use a cast-iron skillet to heat it up instead of a microwave. Many leftovers suffer from sogginess, and a cast-iron skillet dries food out to caramelize the edges, giving the food much-needed texture. This applies to everything from potatoes to pasta. For some reason, even soup or chili tastes better when reheated in a small pan instead of a microwave.

■ When transforming one dish into another, think about the life cycle of the dish. Say, a whole chicken for dinner one night, something else on the second night — enchiladas, empanadas, tacos, stir fry — and then soup or casserole — such as a shepherd's or pot pie — on the third.

■ Put a fried egg on top. A fried egg can transform almost any dish.

■ When rice or eggs can't save the day, flatbread can. Pita, naan, tortillas or a fresh baguette aren't exactly a meal on their own, but they can stretch yesterday's main dish into a second night. For example, leftover eggplant parmesan or meatballs wouldn't work in a frittata, but they would in a sandwich.

■ Add one element that's fresh. If you know you have a bunch of one kind of food left over, think of something you could make fresh that would complement it or freshen it up. That could be a freshly cooked batch of rice noodles, bowtie pasta, farro or quinoa that would turn last night's griddled eggplant or charred peppers into a hearty main dish. If you have roasted chickpeas or sausage, you could serve those on a bed of fresh salad greens.

■ Save the sauce. Leftover salsa can season black beans or a chicken tortilla soup. You could simmer a marinara sauce with chili powder and garlic and transform it into an enchilada sauce. Leftover marinara is also a good base for minestrone. Satay sauce for chicken skewers could then season a rice noodle dish. Ponzu could become a marinade for chicken or tofu.

■ Cheese is your friend. Chopping up and mixing leftovers together might seem like you're creating a mishmash of textures and flavors, but melted cheese has a way of holding it all together, whether it's as a pizza, a quesadilla or a grown-up grilled cheese sandwich. If you have a collection of almost-finished wedges of cheese, make a mac and cheese. (Make a bechamel with flour and butter or use cream cheese as your emulsifier.)