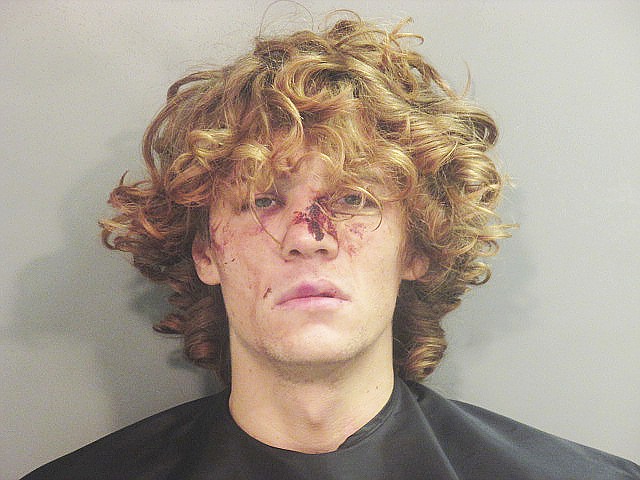 Reel, 21, was shot once in the chest during a burglary at 2518 W. Cornerstone Place, according to a police report.

Travis Trustin, 24, of 3325 S. School Ave. was arrested at the scene and is being held with no bond set in the Washington County Detention Center in connection with capital murder, aggravated residential burglary, kidnapping, and escape.

A caller to 911 said a man with a gun was in the home, according to a police report. While the caller was on the phone with dispatchers he said he heard a gunshot.

When officers arrived they found Reel dead in the home and Trustin in the backyard.

One resident arrived home about 1 a.m. and saw someone inside he thought was a friend, according to the report. The man went inside and Trustin held him at gunpoint for about 30 minutes.

Other residents arrived and saw the two men inside. Reel kicked in the back door and confronted Trustin in the living room. Reel went to his bedroom and got a rifle, went to the living room and Trustin shot him, according to the report.

The man, who police didn’t identify and was being held at gunpoint by Trustin, wrestled the pistol away from him.

During the struggle, several shots were fired but no other injuries were reported, according to the report. Trustin ran out of the house and was tackled and held by other residents of the house until police arrived.

Trustin told police he found the pistol in a bedroom at the house, according to the report.

During an interview with police, Trustin got out of his seat, opened the door to the room and tried to get away, according to the report. Trustin was taken to the ground and handcuffed.