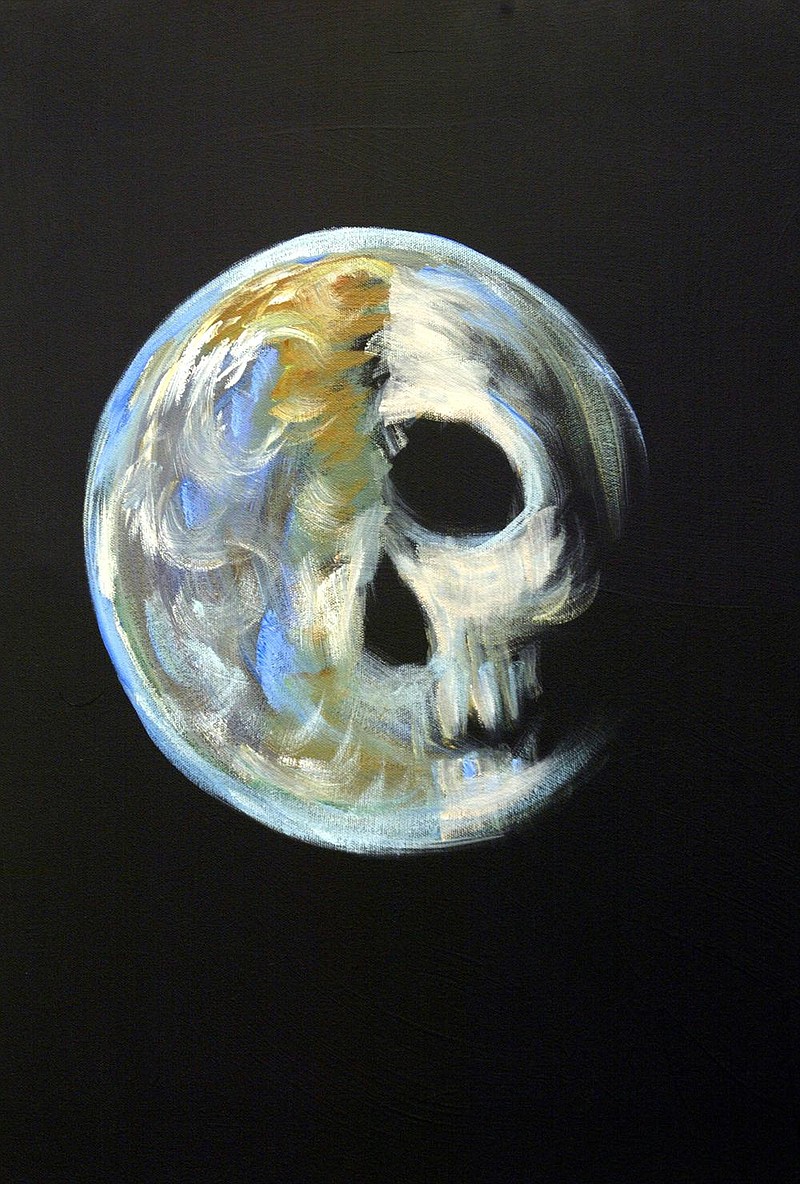 On a hot day in June 1988, a balding, soft-spoken, middle-aged man from Iowa named James Hansen appeared as a witness before the U.S. Senate Committee on Energy and Natural Resources.

Hansen was then the head of the National Aeronautics and Space Administration's prestigious Goddard Space Institute, and had conducted extensive studies about the earth's climate.

1. The earth was then warmer than at any time in 130 years of global temperature record-keeping, and that the rate of global warming over the previous 25 years had been the highest on record.

2. The earth's warming was then sufficiently high that the scientific community could state, with 99 percent certainty, that anthropogenic (human-related) activities--primarily the emission of carbon dioxide and other carbon-related chemicals--had caused the warming by accumulating in the atmosphere and trapping heat, in the same way that a greenhouse traps heat from the sun.

3. The "greenhouse effect" was already sufficiently advanced to result in extreme weather events such as severe and prolonged summer heat waves, droughts, melting of ice caps and glaciers, and increase in sea levels; these events would occur in the future with greater frequency and intensity as carbon levels increased in the atmosphere.

Hansen's message confirming the existence of what is now referred to as climate change was not the first warning to be given by scientists about global warming, but it was delivered by a highly qualified scientist in a highly visible forum on a hot day in June. The New York Times ran a report on Hansen's testimony at the top of its front page, accompanied by a graph showing a long-term rise in average global temperatures.

However, the reaction to the testimony from the Reagan administration then in office was far more restrained. Concerned about the economic impact on industries of reducing carbon emissions, the administration claimed that there was

insufficient evidence to support Hansen's claims, and that more research was needed before any action was taken that might affect the economy. That response worked, and has been repeated frequently by subsequent administrations.

In the 32 years since Hansen's testimony, the world has witnessed a continued upward spiral in greenhouse gas emissions and a corresponding rise in average worldwide temperatures. Greenhouse gas emissions from fossil fuels (coal, petroleum, gas, etc.) and other sources have increased by approximately 40 percent. The world's five warmest years have all occurred since 2015, with nine of the 10 warmest years occurring since 2005; 2016 currently ranks as the warmest year on record, with 2019 as the second-warmest. Global annual average temperatures have risen faster during this period than at any time in the past 1,700 years or more.

Considering the predictable consequences of these temperature increases to all life on the planet, Hansen's testimony to the United States government may well prove to be the most important warning ever given to a nation and the world--and, considering that importance, the most criminally neglected.

Today, virtually all knowledgeable and responsible scientists agree that climate change is occurring, and that it will inflict very significant impacts on human, animal and plant life on the earth. However, there are still "climate-deniers." Unfortunately, some of those deniers have been and continue to be our presidents and members of the United States Congress. They have played, and continue to play, major roles in the lack of response to this ever-growing and inexorable crisis.

While the evidence of climate change may be compelling to scientists, the economic and political consequences of dealing with the issue are even more compelling to politicians. Reducing carbon-based emissions in 1988 required expensive emissions controls and development of alternative sources of energy, all of which, it was argued, could lead to increased energy prices, potentially undependable energy sources, and more expensive consumer products.

In 1988, to eliminate or even modify those sources to reduce emissions would not only be expensive, but would mean major changes in our national lifestyles, especially since there was no perceived real emergency at the time.

Being an advocate for the environment is not an easy task, especially for Republican politicians. The Republican Party gives priority to economic and corporate interests over those of the environment and the individual, as evidenced by the rollback of environmental protections since 2017.

As we have seen during the current coronavirus crisis, politicians value the offices they hold and the perks that go along with them above all else. They are reluctant to ask voters to do anything that will cost them money, change their lifestyle, or require sacrifices.

Presidents and Congress do not want to have to be the ones to deal with problems of the magnitude of climate change. It is easier to deny, dissemble and delay those difficult decisions for four or eight more years, and let the next president and future Congresses deal with the problem and bear the consequences of difficult decisions. In the case of climate change, that has been easy to do because the effects are gradual and occur over an extended period of time in human terms.

As a result, few of our political leaders have confronted climate change. Even when a president has acknowledged the problem and offered legislation to set national goals for reduction of carbon emissions, such proposals have been defeated in Congress. Even when progress on mitigating climate change was made through negotiation of the 1997 Kyoto Protocol during the Clinton Administration and the 2015 Paris Accord during the Obama administration, it has tragically been reversed by President Donald Trump.

As a result, the threat of climate change warned against by Hansen in 1988 has morphed into ugly reality, with steadily rising temperatures, unprecedented and devastating wildfires, increasingly frequent and powerful hurricanes and tornadoes, record flooding, melting ice caps and glaciers with resulting sea level rise, and the diminishing or disappearance of many species of animals and plant life. The global average temperature each year is warmer than the last. Climate change is here; it is impossible to ignore; and it will only get worse.

There are direct and indirect consequences for ignoring climate change. Some of the most obvious and well-publicized are the melting ice caps and glaciers and the resulting rise in sea levels. The level of sea rise will depend on actions taken in the future. Some predictions are eight to ten feet; most consider a rise of six to seven feet to be a reasonable estimate.

In Florida, for example, some 1.4 million homes, 300 schools, and 14 power plants are located on land that is less than six feet above current sea level.

In Louisiana, some 236,000 people in over 100,000 homes, five hospitals, 76 schools and 415 churches are on land less than six feet in elevation. People in those locations may move to other states with higher elevations, causing economic and environmental impacts to those states.

Aside from mass migration from coastal areas, the effects of climate change on inland states and cities will in some respects be more subtle. In Arkansas, for example, the agriculture industry--the state's largest--is particularly vulnerable to weather, and the crops predominantly grown by Arkansas are, like most plants, sensitive to heat. That sensitivity is different in each type of plant, but studies show that the effect of significant increases of heat on crops is reduced productivity.

There is no excuse for delaying decisive action on climate change. We have emission control technologies. We have well-developed, reasonably priced carbon-free energy sources. We have electric vehicles. We can wean ourselves away from dependence on fossil fuels. Our would-be leaders should be willing to mandate reductions of carbon emissions to slow the process of dramatically altering the Earth's climate.

President Trump is outspoken in his cynical denial and ridicule of climate change, substituting his uninformed judgment for that of the world's top scientists and our observations of what is happening in the world around us.

Not only has he reversed environmental regulations to protect our air and water quality, he dealt a major setback to efforts to reduce carbon emissions by withdrawing the United States from the Paris Climate Accord. The United States--until recently the world's largest carbon emitter, and still one of the top three--has the ignominious distinction of being the only nation in the world to withdraw from that treaty.

Trump's opposition to promoting a clean environment and ignoring the threat of climate change begs the question: Where is the Republican Party in all of this? It is, after all, the party whose President Richard M. Nixon created the Environmental Protection Agency in December 1970 with bipartisan support in Congress.

No one in Trump's Republican Party in Congress has spoken out against the withdrawal from the Paris Climate Accord, his revoking the EPA's Clean Power Rule regulating carbon emissions from power plants, his reversing regulations that would have further reduced emissions from automobiles and light trucks, or his revoking EPA rules limiting emissions of methane--a major greenhouse gas that contributes significantly to climate change--by the oil and gas industry. Trump's Republicans are literally afraid to speak out, even if inclined to do so.

Ironically, some responsible industries recognize the severity of the problem and are voluntarily cutting back on their carbon emissions.

What can we, individually, do to prevent climate change? It's too late for that, due to the procrastination and neglect of our leaders. It is occurring, we are feeling its effects, they will get worse, and there is no quick and simple way to reverse it.

However, there is one thing that we can all do this year to start the long reversal process. We can vote to elect a president and congressional candidates who believe that climate change is reality; who will make it a top priority; and who will be willing to take necessary action to reduce--and ultimately reverse--its impacts.

Whatever happened to James Hansen? He's 78, retired from NASA, and teaching at Columbia University in New York. He still feels strongly about climate change. In 2013, he was arrested at the White House with actress Daryl Hannah and Robert F. Kennedy Jr. during a protest against the proposed Keystone pipeline extension.

Hansen is haunted by the fact that his 1988 warning was not taken more seriously. He recently said in an interview that he regrets not being "able to make this story clear enough for the public."

His story was clear. Too few really listened, and even fewer did anything about it.

When asked if he has a message for young people about the climate crisis, Hansen said: "The simple thing is, I'm sorry we're leaving such a f*****g mess." We should all feel that way.