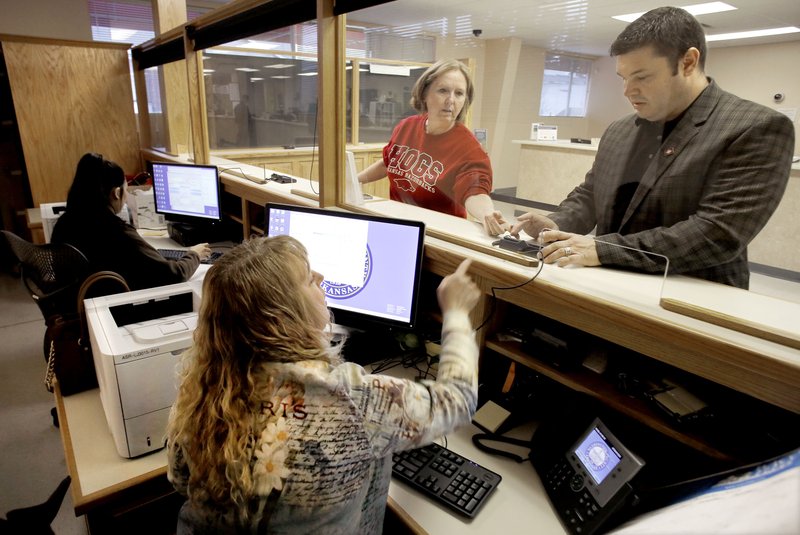 Walmart is suing Pulaski County to change the method of appraising 10 stores there. The "dark store" appraisal method it seeks would cut the company's property tax bill in half, Assessor Russell Hill said. It's the first test of a company trying to force the new method in the state, he said.

A spokesman for Walmart, contacted Thursday, said the company is formulating a response to Hill's remarks. Walmart went to court in Pulaski County in September 2019. At that time, Walmart spokeswoman Delia Garcia said the company is "simply seeking a fair market value for the property taxation of our stores."

The taxable value of a "big box" retail store is often based on the current value of the business being done there, Hill said. According to Hill, comparable sales of operating large retail outlets nearby are used whenever possible, but such comparisons are rarely found. The only other method, also used rarely, is to take the land value plus construction cost, minus depreciation.

Retail outlets in other states, starting with Indiana, have argued this method of appraising sets values too high. If a store closes, the building cannot usually fetch a price anywhere near what its appraised value is, other retailers have argued. The appraised price of a building should be the fair market value of the building and land itself, the argument goes.

By that method, the taxable value of the 10 Walmart properties in Pulaski County should be reduced from $145 million to $74.3 million, the lawsuits argue.

"The other big box stores are waiting in the wings," Hill said. They are willing to wait until Walmart goes through the courts first, he said.

Bryan Law, director of the Northwest Arkansas Education Cooperative, where Hill spoke Thursday, said the group's membership may discuss this topic at its meeting with regional legislators on Oct. 26. The cooperative is an association of administrators of school districts.

The Walmart litigation consists of 20 lawsuits involving the 10 properties, Joe Thompson, chief administrator of the Pulaski County assessor's office, explained Thursday. That's one lawsuit contesting the appraised value of each store in each of two tax years.

The lawsuits are proceeding slowly, in part because of covid-19's effect on court proceedings, Thompson said. There have been no hearings or depositions taken, he said.

If the "dark store" argument prevails, other businesses including other retailers, plus manufacturers and apartments, could make at least some form of the same argument, Hill and Thompson said.

Hill's office calculated how much commercial property could make such claims. Bentonville School District could lose $10.8 million a year, according to those figures; Fayetteville $12.1 million; Rogers $14.2 million; and Springdale $9.8 million. Even if losses are half that, Hill said, the impact would be severe.

The likely response would be what has happened in other states where the "dark store" method has prevailed, Hill said. Property tax rates would rise and the main burden would fall on noncommercial property such as homes, where their tax bills rose an average of 8% on such property in Indiana, he said.

If all businesses in the state were appraised for property taxes based on building and land — and not the value of the business done there — Washington County Assessor Russell Hill predicts these figures as a worst-case scenario for lost revenue: