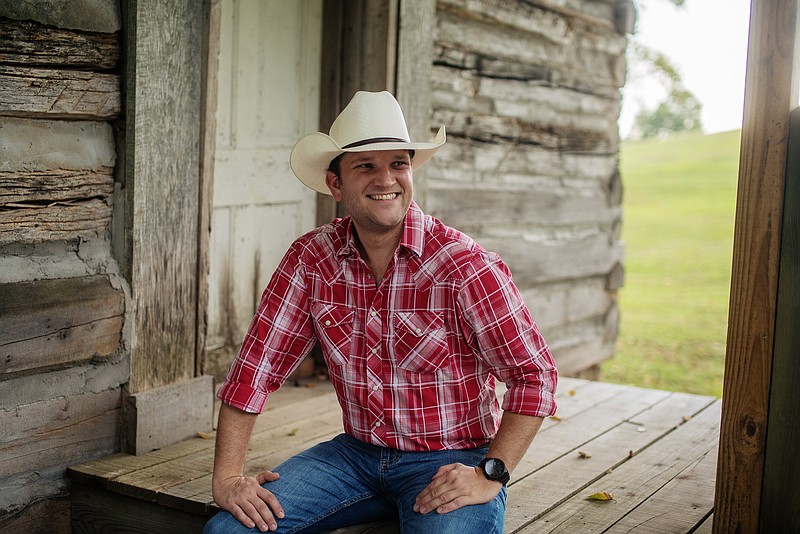 David Adam Byrnes performs at Stickyz Rock ’n’ Roll Chicken Shack on Friday and Saturday nights. Also on Friday, his debut album, “Neon Town,” will be released. Byrnes was born and raised in Sherwood. (Special to the Democrat-Gazette)

David Adam Byrnes, who was born and raised in Sherwood, will perform at 8:30 p.m. Friday and 10 p.m. Saturday at Stickyz Rock 'n' Roll Chicken Shack, 107 River Market Ave., Little Rock, as the club reopens its main stage for the third time in months. Advance tickets for table for six seating is $90.

Byrnes, now based in Fort Worth, is releasing a new album, "Neon Town," on Friday.

◼️ Southern Strings will perform at 7:30 p.m. Friday at the SoMa Outdoor Dining Room, in the parking lot at 13th and Main streets, Little Rock. Admission is free.

◼️ Greg Madden will perform from 7 to 10 p.m. Saturday at The Oyster Bar, 3003 W. Markham St., Little Rock. Table reservations are required for parties of eight or more.

◼️ Percussionists of all levels and skills are invited to a Drum Circle on Saturdays, continuing through Oct. 11, at Bernice Garden, 1401 Main St., in Little Rock. Searcy Ewell will facilitate. Donations are encouraged, masks are required and physical distancing will be practiced. Drums, chairs and hand sanitizer will be supplied. No musical experience is needed.

Payton & Tooter will perform at 8 p.m. Saturday at The Trough Bar and Grill, 833 Central Ave., Hot Springs. Admission is free.

The Tripp brothers began performing together in 1975 and went their separate ways nearly a decade later.

The Brick Fields Band will perform at 7:30 p.m. Friday on the north lawn of Crystal Bridges, 600 Museum Way, Bentonville. Admission is free. Rachel Fields and her husband, Larry Brick, lead the band that has their name.

Acoustic gospel, bluegrass, country, blues, classic rock, folk, original and traditional music will be featured from 9:30 a.m. to noon Saturday at "Trade Day Pickin'" at Main Street and Danville Road in historic downtown Waldron. Admission is free. The event will be held the first Saturday of each month, weather permitting.

Members of Pine Bluff's Port City Blues Society Players, including Dave Sadler, will perform a livestream blues jam from 5 to 6 p.m. Friday on Facebook. The show will originate from and be streamed from the Arts & Science Center's facebook.com/ASC701/

◼️ Dierks Bentley, Terri Clark, Vince Gill and Lorrie Morgan will perform live at 6:30 p.m. Saturday at the Grand Ole Opry on the Circle network, available on YouTube, Twitter and Facebook channels or on the DISH network and by antenna on Channel 11.5. Arkansas native Bobby Bones hosts the show.

◼️ The 46th season of Austin City Limits will feature a salute to songwriting legend John Prine. Jason Isbell will introduce the show, which will feature the best of Prine's eight appearances on the series, beginning with his ACL debut in 1978. A never-before-aired 1987 performance of Prine's "Sam Stone" will be included, along with Prine's final appearance in 2018.

◼️ Country singer Brandy Clark will do a livestreaming performance at 6:30 p.m. today, happening at the noted Nashville, Tenn., club, 3rd and Lindsley. The free show will be available on Clark's Facebook, Twitch and YouTube pages, and donations will go to The Recording Academy's MusiCares charity. 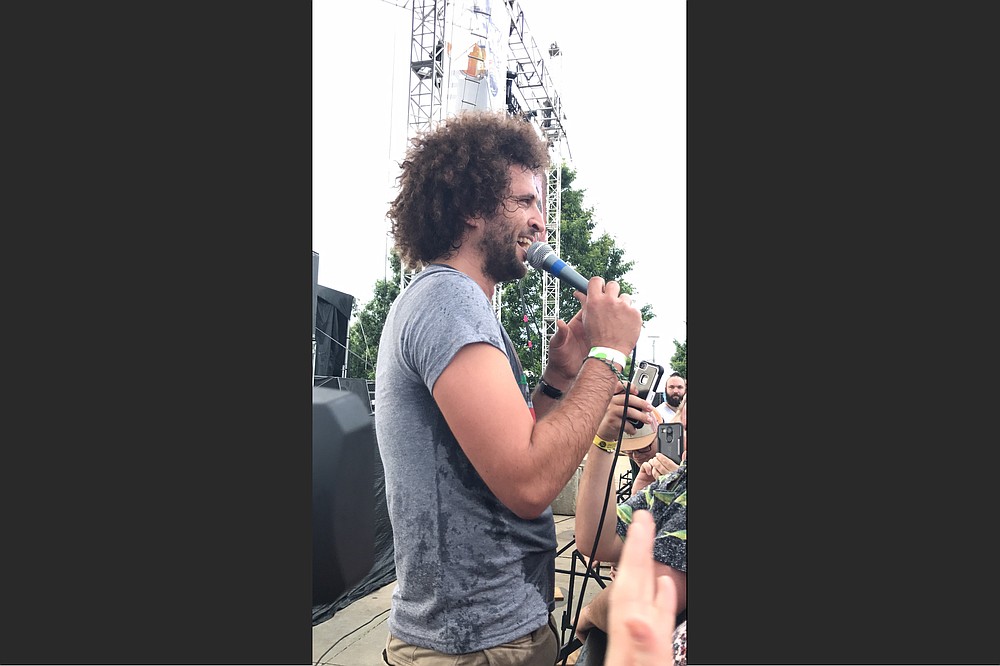 Andy Frasco was his usual rowdy and rambunctious self at the 2017 Riverfest in Little Rock. On Saturday he’s among the performers at a virtual music festival called Democracy Comes Alive, meant to encourage voting. (Arkansas Democrat-Gazette/Jerry McLeod)

It's worth noting that Little Rock favorite Andy Frasco is among those names. We don't think he has played locally since his last appearance at Riverfest in 2017.

The event will also feature conversations with Bob Weir, Bill Kreutzmann, Oteil Burbridge and Stefan Lessard. Ari Fink of SiriusXM will host the show, which is produced by Live for Live Music. Donations of more than $9.99 to HeadCount are tax-deductible. For more information, see democracycomesalive.com.

◼️ Arkansas native Ashley McBryde is tied with Dan + Shay, Kelsea Ballerini, Luke Combs, Sam Hunt and Thomas Rhett for the most nominations for the 2020 CMT Music Awards, which will air at 7 p.m. Oct. 21 on a six-network simulcast across MTV, MTV2, Logo, Paramount Network, Pop and TV Land.

The CMT Awards are country music's only entirely fan-voted awards show, and voting continues on vote.cmt.com until 11 a.m. Oct. 12.

In case you missed last Saturday's Farm Aid, it would be worthwhile to track it down and see what you missed. Even in its virtual version, it was one of the better ones, with performances interspersed with some provocative interviews with farmers. Notable performances came from John Mellencamp beside an Airstream trailer, Neil Young singing to a flock of chickens and Willie Nelson with sons Lucas and Micah, and those sons' own bands, Lukas with the Promise of the Real and Micah with The Particle Kid. And host Jon Batiste was delightful, especially with his rendition of the gospel classic, "I'll Fly Away."