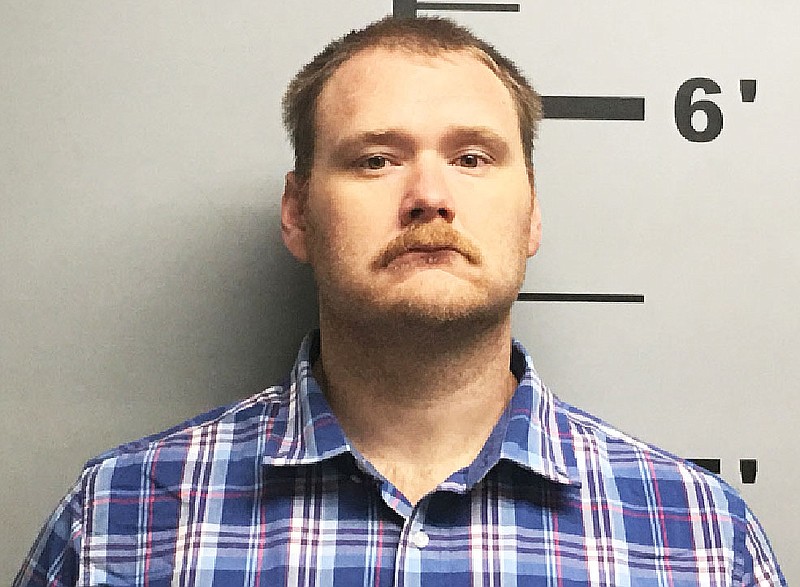 BENTONVILLE -- A local circuit judge canceled a jury trial after a doctor recommended against bringing a covid-19 positive inmate into the courtroom.

"I feel like it's the wisest course to continue this trial rather than force some sort of appeal built in issue because we want to try it," Benton County Circuit Judge Brad Karren said Tuesday evening.

Walter William Dill, 33, of Welling, Okla. is charged as a habitual offender with residential burglary, criminal mischief and theft of property. His jury trial was scheduled to begin Wednesday.

The judge was concerned that if convicted of the charges that Dill could file an appeal that could lead to a higher court overturning the conviction and ordering a another jury trial for Dill.

Karren held a hearing Tuesday after learning Dill was positive with the virus.

Sgt. Luis Lara with the Benton County Sheriff's Office said he contacted Karren's court after figuring out Dill was scheduled to be taken to court Wednesday morning. Dill was being held in an isolation pod in the Benton County Jail after testing positive for the virus.

Dr. Joel Tumlison, a physician specialist in outbreak response at the Arkansas Health Department, testified Tuesday via video conferencing against bringing Dill into a courtroom for the trial. Dill had tested positive for the virus in June and September.

"It would have been within 90 days of the first test, and we would have recommended not retesting for that very reason because it's most likely not a new infection," Tumlison said.

Tumlison told the judge Dill, who is asymptomatic, not be in the courtroom because he is contagious with covid-19.

Karren asked Sam Hall, Dill's lawyer, about using technology to have Dill isolated, but he still would be able to participate, observe and testify at the trial. "We can have him isolated and he will be able to communicate with you, email you, chat with you and speak with you through technology and continue the trial, but be isolated from the rest of the participants," the judge said.

Karren said Dill would be in another room instead of the courtroom.

Hall wanted his client present the courtroom for the trial.

Brynna Barnica, deputy prosecutor, was concerned Dill's absence from the courtroom for the trial could lead to any conviction being overturned by a higher court.

"I think I'm taking a different perspective on this," she said. "I'm not worried about myself getting the virus."

Karren said from listening to Tumlison's testimony he doesn't understand why the jail keeps testing them within 90 days because they are going to show positive anyway.

Karren asked the jail to notify the court, Hall and Barnica of anytime there's a covid positive inmate. Karren said they may have been able to figure something else out if they had known about the positive test in June.