Personal income down in October 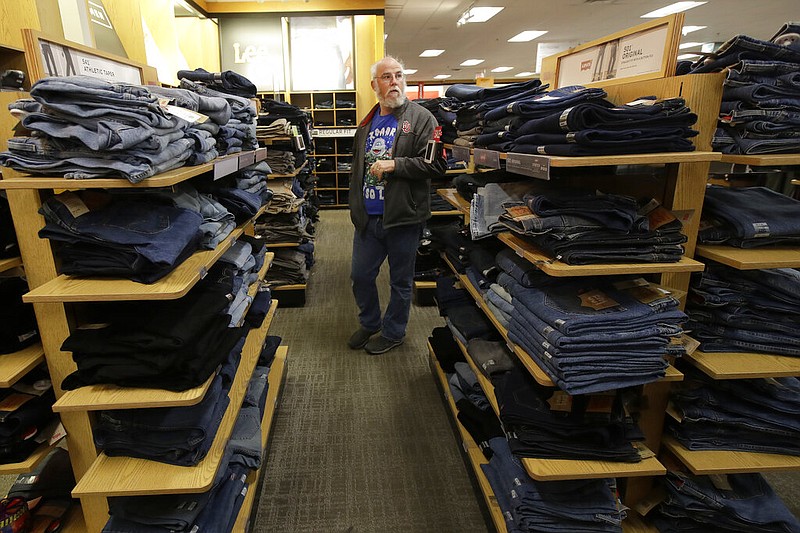 Consumer spending crept upward again in October, but personal income fell thanks in part to the tapering of government payments, according to the monthly update issued this week by the Bureau of Economic Analysis.

"The report was a bit of a good news/bad news event," John Anderson said. "Personal income was down in October by 0.65% compared to September. September's personal income estimate was also revised down slightly from last month's original estimate. The market had anticipated basically flat personal income in October."

Anderson is an agricultural economist for the University of Arkansas System Division of Agriculture and head of the Agricultural Economics and Agribusiness Department for the Dale Bumpers College of Agricultural Food and Life Sciences. Anderson has been providing analysis of the impacts of the covid-19 pandemic on the U.S. economy.

Anderson said government wages declined by about a half a percentage point, with the Bureau of Economic Analysis attributing this "to the planned scaling back of temporary and intermittent employees brought on for the decennial census." Government social benefits also declined sharply in October, dropping more than 6%.

"The bulk of this decline was due to the rapid tailing off of payments under the Lost Wage Supplemental Payment program," he said.

Nonfarm proprietor's income fell nearly 3% between September and October, due mostly to a reduction in payments under the Paycheck Protection Program. However, other nonfarm proprietor income rose modestly in October.

"It'll be interesting to see if this trend continues in November, with a resurgence of covid cases in many areas leading to restrictions on businesses and likely some erosion in consumer confidence," Anderson said.

Farm proprietor's income was up in October due to payments under the second round of the Coronavirus Food Assistance Program. The U.S. Department of Agriculture, which administers the program, said $7 billion had been paid out as of Oct. 26. USDA is accepting applications for the second round of the assistance program through Dec. 11. Personal consumption expenditures increased in October, rising by about half a percentage point from the previous month.

"This is the sixth consecutive month of increasing PCE, but the smallest rate of increase in that six-month period," Anderson said. "While the rate of recovery in spending has slowed, with several categories of spending actually flat or a bit lower in October, PCEs still have yet to eclipse their pre-pandemic level."

To learn about extension and research programs in Arkansas, visit https://division.uaex.edu/ Follow the agency on Twitter at @AgInArk, @uaex_edu or @ArkAgResearch.

Mary Hightower is with the University of Arkansas System Division of Agriculture.