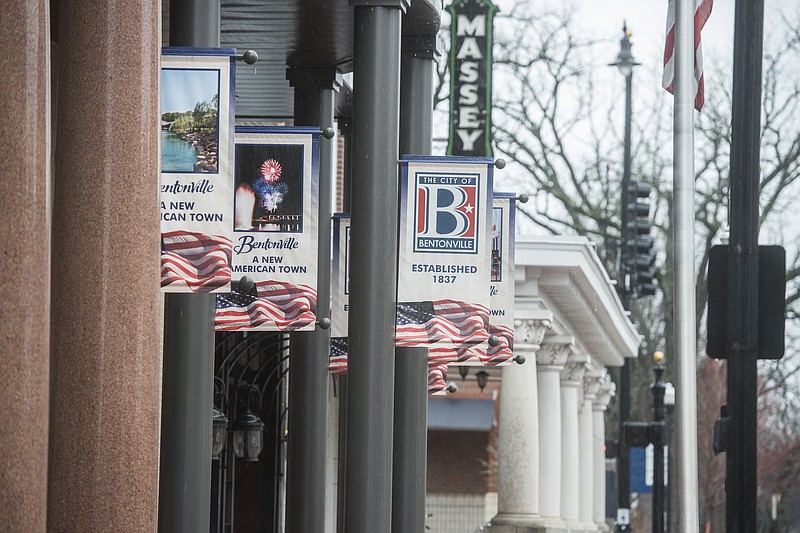 BENTONVILLE — The 2021 budget was approved by the City Council during a quick meeting Tuesday night.

The budget was first discussed at the Committee of the Whole meeting Nov.9, and there was a short follow-up discussion at the Nov. 10 council meeting.

“Looking forward to 2021, this budget enables the city to continue serving our citizens with a high quality of life while adjusting to a pragmatic revenue forecast that takes into account the continuing growth of our population and the lingering challenges associated with a world-wide pandemic,” Mayor Stephanie Orman wrote in a letter to the City Council earlier this month.

The budget includes a 1.3% cost-of-living adjustment and a 1.7% merit raise for city employees, according to budget documents.

The Fire Department’s proposed budget is $14.6 million and the Police Department budget is just over $14 million, according to budget documents.

In other bushiness in a meeting that lasted less than 20 minutes, the council approved an agreement with the Bentonville Library Foundation to purchase two properties adjacent to the Bentonville Public Library for $1. The parcels are just north of Southwest Fourth Street.

With the city’s recent purchase of the library property from the foundation, as well as City Council’s approval to purchase adjacent property at 401 S. Main St., the additional parcels provide a solid foundation for library’s future expansion, Hadi Dudley, library director, said in a letter to the mayor and City Council.

“With BPL’s needs assessment study currently underway, the time is right for this transaction,” Dudley said in the letter. “It will allow MSR Design to determine the best-case scenario for the library’s growth.”

Also approved was a budget adjustment of $1,077,520 for a grant from the Walton Family Foundation for Phase II of design for the 8th Street Gateway Park.

Walmart donated 75 acres near the intersection of Southwest Eighth and Southwest I streets in December.

The park will span almost 100 acres when combined with a 23-acre donation from the Walton family, according to a December news release.

The Phase II design will consist of schematic design and design development, said David Wright, Parks and Recreation director. It will be about an eight-month process, and by then city officials should have an idea what funding for the park will look like, Wright said.

Council members also approved a $410,703 grant from the Walton Family Foundation to add a bicycle and pedestrian planner for the Parks and Recreation Department. The grant is for three years, and $100,000 of the money will be used to start a bike-share program, Wright said.

• Approved a box turtle sculpture by artist Stephen Feilbach, a Eureka Springs artist, at the All-American Trail. The art was proposed by the Runway Group and approved by the Parks and Recreation Advisory Board on Nov. 2 and the Public Art Advisory Committee on Nov. 10. The art will be donated to the city.

• Approved a $3,465 change order for the Moberly signal and trail crossing project.

• Approved a $91,694.05 agreement with Carroll Electric Co-op to purchase infrastructure and accounts on Scoggins Road.

• Approved moving $41,965 from underground primary to improvements other than electric to purchase the infrastructure and accounts on Scoggins Road.