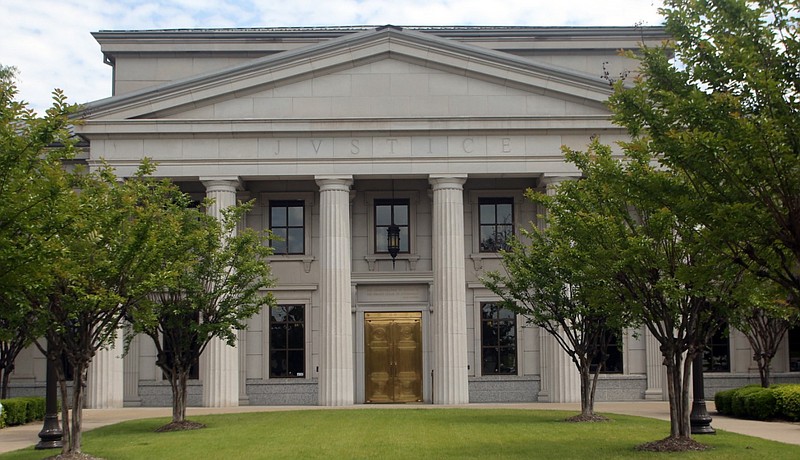 The Arkansas State Supreme Court building is shown in this file photo.

The Arkansas Supreme Court on Tuesday ruled that Democrat Jimmie Wilson is ineligible to serve in the state Legislature due to decades-old misdemeanor convictions in federal court, wiping out Wilson's victory at the polls earlier this month in House District 12.

Wilson, a former state lawmaker who was convicted of selling mortgaged crops and illegal use of farm loans, had argued that a pardon he received from President Bill Clinton in 2001 removed any barriers to his potential return to the Legislature. Running against Republican David Tollett, Wilson received more than 52% of the vote in the Nov. 3 election.

A unanimous decision by the high court, however, held that the pardon did not erase Wilson's disqualification.

Wilson could not be reached for comment on Tuesday.

That decision, by Pulaski County Circuit Judge Mackie Pierce, also determined that Wilson was ineligible. Pierce however stayed his decision to disqualify Wilson until the Supreme Court could review the case and ordered local election officials not to certify the results of the race until the justices ruled.

After the ruling Tuesday, state GOP chairman Doyle Webb released a statement saying that Tollett declared Tollett the winner as the only remaining eligible candidate in the District 12 race. Tollett will become the first Republican to represent the district -- which is centered in the Democratic-stronghold of Phillips County -- since Reconstruction, Webb said.

“Today’s unanimous decision written by the Chief Justice of the Arkansas Supreme Court makes it clear that Jimmie Wilson is ineligible to hold office," Webb said. "[Democratic Party of Arkansas Chairman] Michael John Gray was wrong to defend Mr. Wilson through the court system twice, and he knew it. The Democratic Party tried their best to make this a murky case, but the facts are clear today."

Gray defended the party's decision to support Wilson's candidacy, noting that a local Democratic nominating convention in July chose Wilson to fill a vacancy in the race after former state Rep. Chris Richey, D- Helena West-Helena, stepped down to take a job in another area of the state.

"I don't think it was wrong at all to defend the candidate that the people of Phillips County chose and overwhelmingly elected," Gray said.

Prior to the nominating convention, Gray had written a letter to the delegates informing them of Wilson's past misdemeanor convictions, which he warned could prompt a challenge to Wilson's candidacy. Still, the delegates selected Wilson to become the nominee over two other candidates by a 5-3 vote.