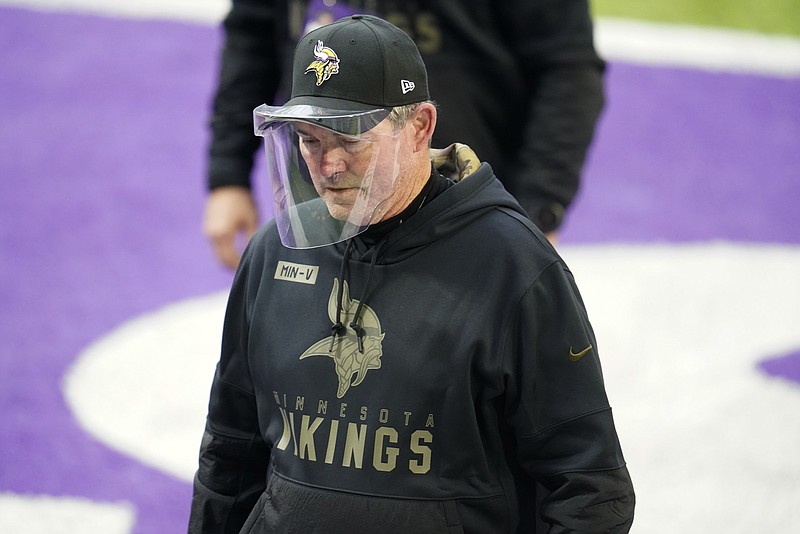 MINNEAPOLIS -- The Minnesota Vikings stumbled into their bye with a 1-5 record, their previously fierce home-field advantage gone as they faced a low-water mark of four games under the .500 mark for the first time in Coach Mike Zimmer's seven seasons.

There was no locker room rant, though, from a leader who's known for his bluntness. Zimmer simply expressed trust in the players that they could initiate a turnaround, a belief backed up by the front office when only one trade -- sending recently acquired defensive end Yannick Ngakoue to Baltimore -- was made before the deadline.

"He just kind of turned to the team. It was time to step up. Tired of losing like that, in that fashion," linebacker Eric Kendricks said. "We knew what kind of players we had. We knew how close we were getting at times. We just weren't finishing."

Less than a month later, the Vikings (4-5) have a legitimate path to the playoffs if they can maintain this post-bye momentum. That's what Zimmer envisioned with the right alterations to the game plans and the right approach to the process.

"His message was kind of brief. It was 'Stick together,'" running back Dalvin Cook said. "I think that took us farther than he thinks."

The Vikings host Dallas (2-7) today, their first of three consecutive home games against losing teams. U.S. Bank Stadium will be empty for the remainder of the season, due to continued covid-19 prevention protocols, but as the Vikings showed in beating NFC North foes Green Bay, Detroit and Chicago over the past three weeks they're capable of generating their own edge.

"The biggest thing is playing with emotion and energy," Zimmer said. "That seems to be a continuing factor. We're playing with a lot of young guys, so sometimes it's like they get out for recess and they're all excited."

The Cowboys, who have lost four consecutive games, will be aiming for a similar bounce after their bye. Though quarterback Dak Prescott is done for the season with a broken ankle, his top backup Andy Dalton is on track to return today after first-time starters were used in the previous two games. What's more, the woebegone NFC East remains eminently winnable. First-place Philadelphia has only one more win and two fewer losses than Dallas.

"We understand what we've gone through in the early weeks. It was not pretty," Coach Mike McCarthy said. "But I'm hopeful and confident we've learned from it because we're going to need it."

Dallas running back Ezekiel Elliott, the two-time NFL rushing champion, still doesn't have a 100-yard game this year. He's had seven 100-yard performances in each of his previous three full seasons, so he'd have to run the table to match that.

McCarthy emphasized the standings in meeting with the team this week.

"It's obvious the state of our division," he said. 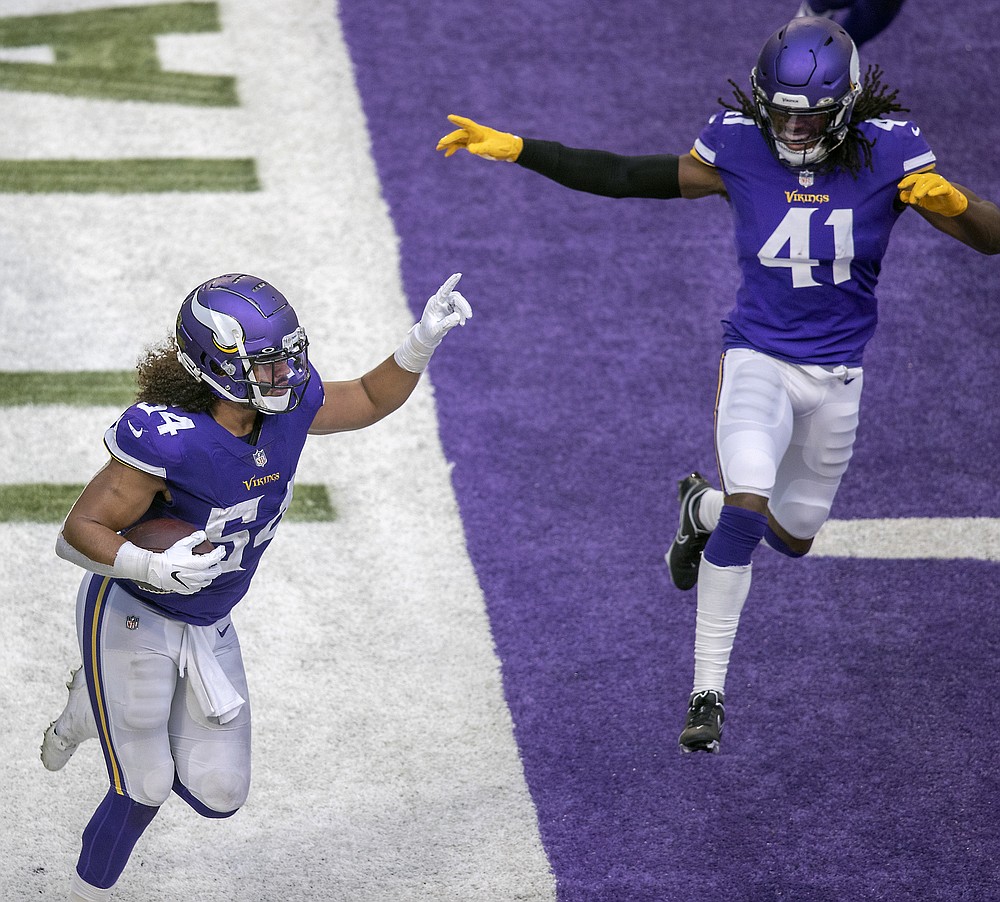 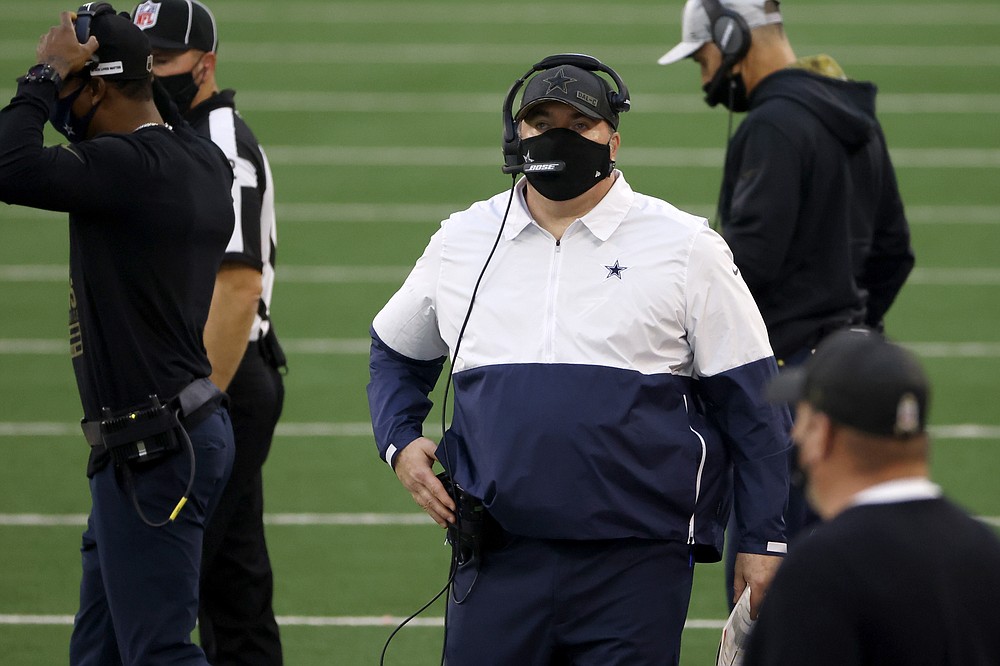 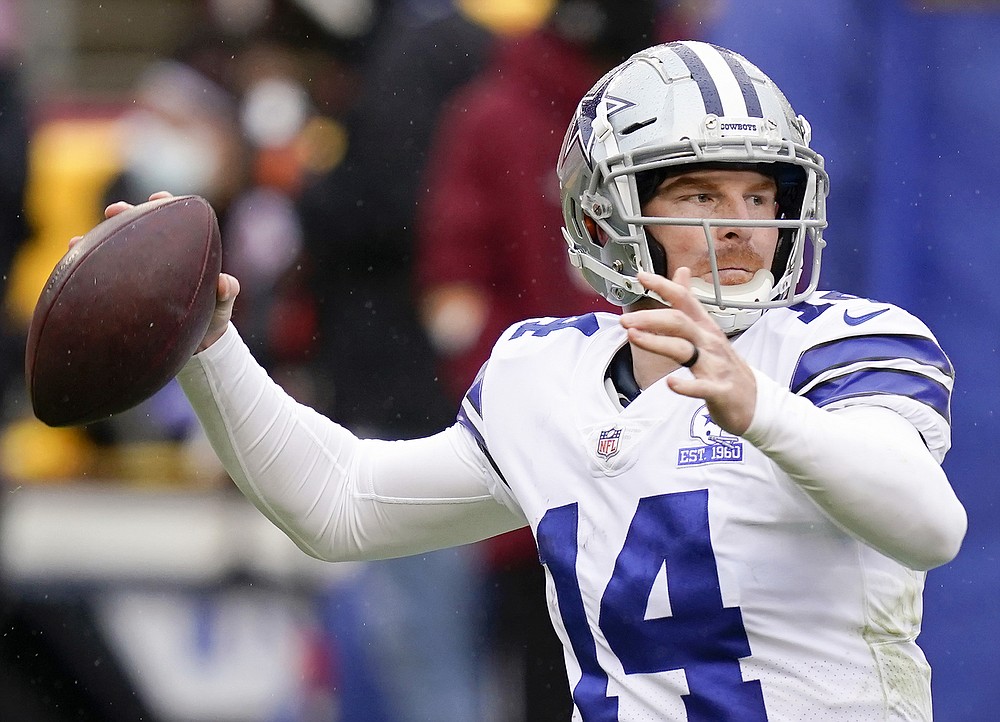 FILE - In this Oct. 25, 2020, file photo, Dallas Cowboys quarterback Andy Dalton (14) looks to pass the ball against the Washington Football Team in the first half of an NFL football game in Landover, Md. Dalton has been cleared for practice after clearing the protocols for a concussion and COVID-19. Coach Mike McCarthy said Dalton participated in an informal practice Monday, Nov. 16, 2020, the first day back for the Cowboys coming off their open week. (AP Photo/Patrick Semansky, File) 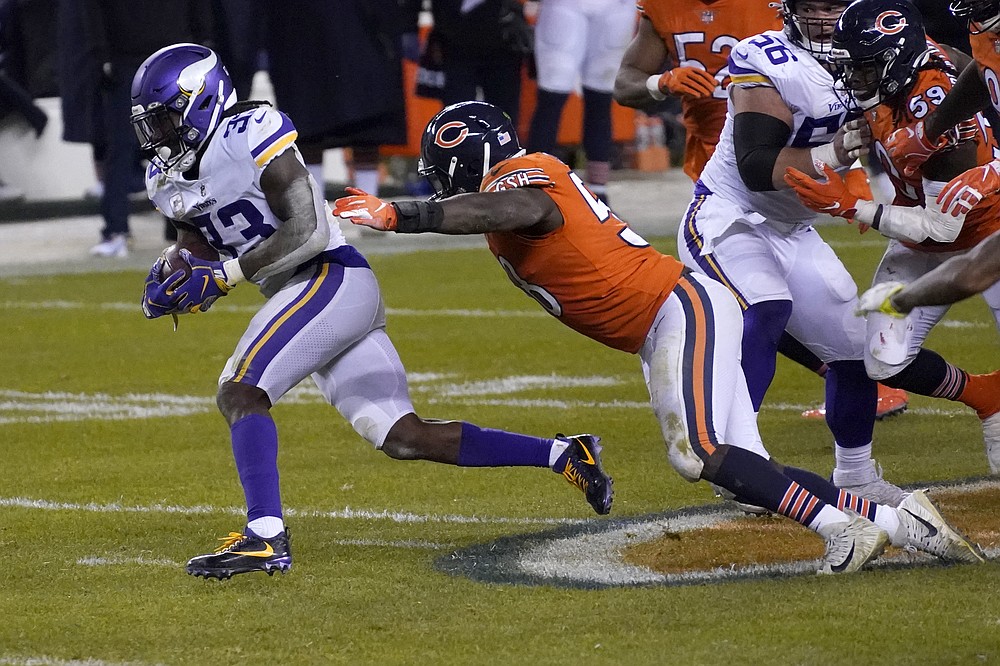