SPRINGDALE -- Mark Fougerousse has received the endorsement of his opponent in the Dec. 1 runoff election for City Council.

"I want to leave our City Council in a way that adds value to Springdale and the best way for me to do that is to cast my full support behind my friend, Mark Fougerousse," Kathy Jaycox said.

Jaycox, the incumbent, filed for reelection to serve Ward 4, Position 2, in northeast and central Springdale. She decided to move out of the ward and announced her withdrawal from the race in September.

But the ballots already were printed with her name included.

Fougerousse said he would expect the City Council to appoint him to the Ward 4 seat if Jaycox should win the runoff based on his performance in the general election.

"I got the most votes," he said. "I outright won. I feel like I did the job, and I would deserve it."

Under Arkansas law, a candidate in a municipal election with more than two challengers can win outright with a majority, which is 50% plus one vote. Or, a candidate can win with 40% of the vote by being ahead of the second-closest candidate by at least 20%. Otherwise, the two top vote-getters compete in a runoff.

Daniel Shults, director of the Arkansas Board of Election Commissions, said the election must go on.

If Jaycox wins, but resigns, the seat is vacant and the City Council will fill it. Jaycox has served on the council for 22 years and will continue to serve until her term expires Dec. 31.

Springdale residents in Washington and Benton counties will vote in the runoff. City Council members are elected at-large but represent wards. They must live in their ward.

Early voting starts Tuesday. The early voting sites will be closed Thursday and Friday for Thanksgiving.

Fougerousse said he tried to focus his campaign on himself and his platform prior to the general election, rather than on either of his opponents. He is an environmental, health and safety manager at Rockline Industries.

Fougerousse said Thursday he is a fiscal conservative.

"I want to make sure the taxpayer money is spent on the right things," he said. "It's like my mom and dad giving me money, and I spend it all on candy when I was supposed to spend it on clothes.

"Overall, I'll do what's best for the whole community, not just one person," he said.

Both Jaycox and Fougerousse said they have heard over the past few weeks from many people who were unaware Jaycox dropped out of the race -- so they voted for her.

"I want people to realize that there are two candidates in this race and one of them is ineligible," Jaycox said Thursday. "If you vote for me, you've wasted your vote." 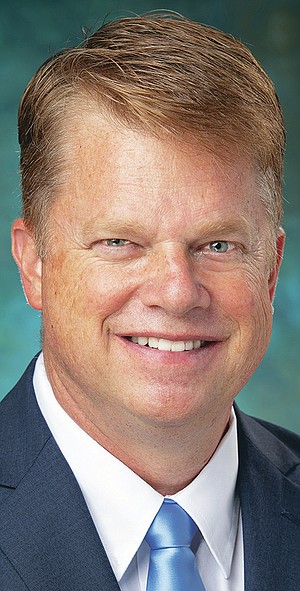