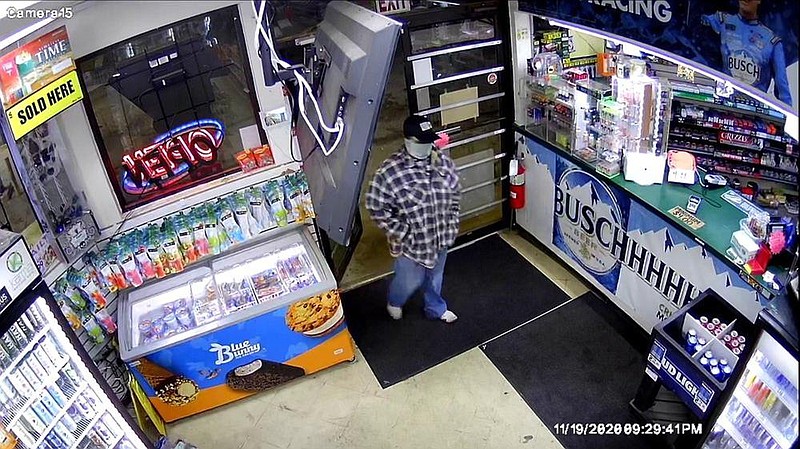 Surveillance video shows a person suspected in a robbery in Jefferson County. The sheriff’s office is seeking help identifying the person. (Special to The Commercial)

The Jefferson County sheriff's office is seeking the public's help in finding the person who robbed the Duck In & Go on U.S. 63 South about 9:30 p.m. Thursday.

The robber is presumed to be a woman who left the convenience store in an older model, light colored, single cab truck, according to a news release.

If anyone has any information about the robber's identity, they should contact the non-emergency number at (870) 541-5300 anytime or Sgt. Johnathan Powell of the Criminal Investigation Division of the sheriff's office at (870) 541-5496.

Information and tips can also be provided anonymously via email at [email protected], Facebook https://www.facebook.com/jcso1830, and Twitter @JeffCtySO. The caller's anonymity is guaranteed, according to the news release.