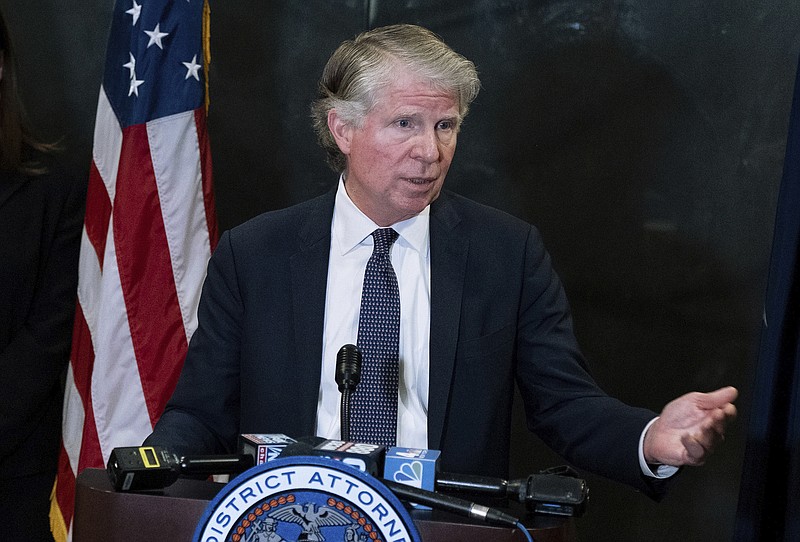 A few miles south of the namesake tower where Donald Trump began his run for president, New York prosecutors are grinding away at an investigation into his business dealings that threaten to shadow him long after he leaves office in January.

The probe led by Manhattan District Attorney Cyrus Vance Jr. is one of several legal entanglements likely to intensify when Trump loses immunity from prosecution upon leaving the White House.

Trump faces two New York state inquiries into whether he misled tax authorities, banks or business partners. Two women alleging that he sexually assaulted them are suing him. Some Democrats are calling for the revival of a federal campaign finance investigation that appeared to end under U.S. Attorney General William Barr.

It isn't known whether any investigation has gathered sufficient evidence to charge Trump with any crimes.

"With the country so sharply polarized in 2020, would a legal battle ultimately be seen as political retaliation? That is a difficult calculation," said Meena Bose, executive director of the Peter S. Kalikow Center for the Study of the American Presidency at Hofstra University.

Trump has said he has the "absolute right" to pardon himself for any federal offenses, but the concept remains untested because no president has ever attempted to do so. A 1974 Justice Department opinion said presidents could not pardon themselves because that would violate the "fundamental rule that no one may be a judge in his own case."

Vance's investigation is particularly troublesome for Trump because it involves possible state-level charges that could not be wiped away with a presidential pardon.

Vance, a Democrat, hasn't disclosed the details of his probe, citing grand jury secrecy rules, but his office has said in court filings that it is related to public reports of "extensive and protracted criminal conduct at the Trump Organization."

Trump's former personal lawyer, Michael Cohen, told Congress that Trump often inflated the value of his assets when dealing with lenders or potential business partners, but deflated them when it benefited him for tax purposes.

While Trump has been in office, the investigation's progress has been hampered by court fights over whether prosecutors could get access to his tax returns, or whether a president has any immunity from a state investigation. One appeal related to the records battle is now before the U.S. Supreme Court.

Vance's office declined to comment. It isn't clear whether the long-running probe is close to conclusion.

New York Attorney General Letitia James is also investigating whether Trump's company lied about the value of its assets to get loans or tax benefits, though her probe is civil -- not criminal -- in nature. Trump's son, Eric Trump, spoke by video with investigators last month after losing a court fight to postpone the deposition until after the election.

There were new revelations Thursday that James and Vance had also subpoenaed documents related to tax deductions taken by Trump's company related to business consulting fees paid to his daughter, Ivanka Trump.

The records requests followed recent reporting in The New York Times, based partly on two decades' worth of Trump's tax filings, that the president had reduced his company's income tax liability over several years by deducting $26 million in consulting fees as a business expense.

Records strongly suggested that $747,622 of those fees had been paid to Ivanka Trump through a company she owned at a time when she was also a Trump Organization executive.

If true, it could raise questions about whether the Trump Organization's related tax deductions were allowable. The Internal Revenue Service has, in the past, pursued civil penalties over large consulting fee write-offs that it found were made to dodge tax liability.

Cohen pleaded guilty to orchestrating the payments, which Manhattan federal prosecutors said amounted to illegal gifts to Trump's campaign. They identified Trump in court filings as having directed Cohen's efforts, but he was not charged. Trump has denied the affairs and said any payments were a personal matter, not a campaign expense.

The Justice Department has a longtime policy stating that it is unconstitutional to prosecute a sitting president in federal court.

Information for this article was contributed by Jim Mustian, Jennifer Peltz, Eric Tucker and David B. Caruso of The Associated Press. 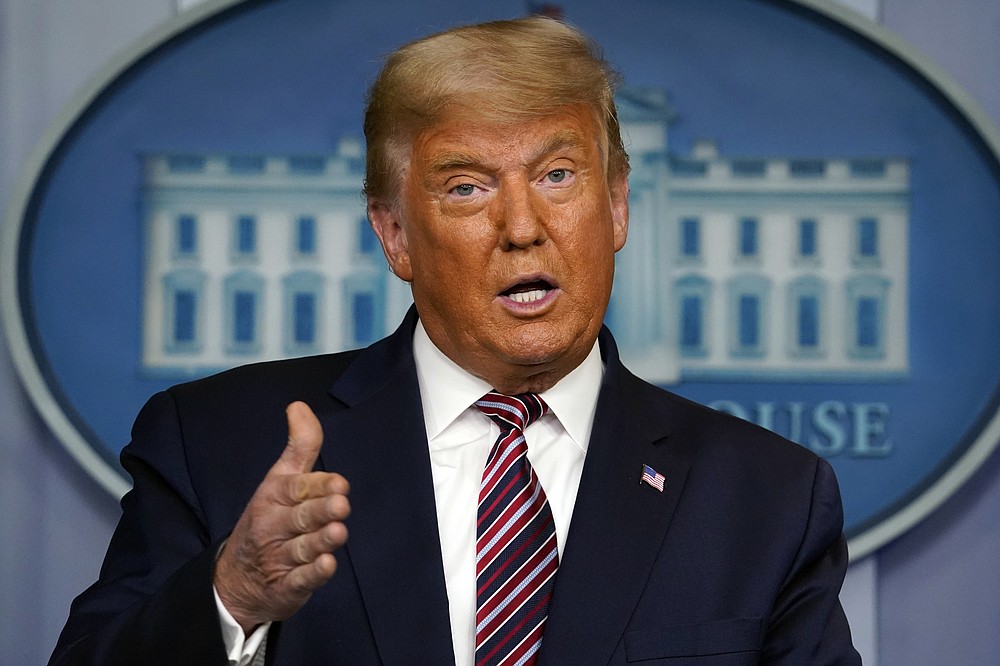 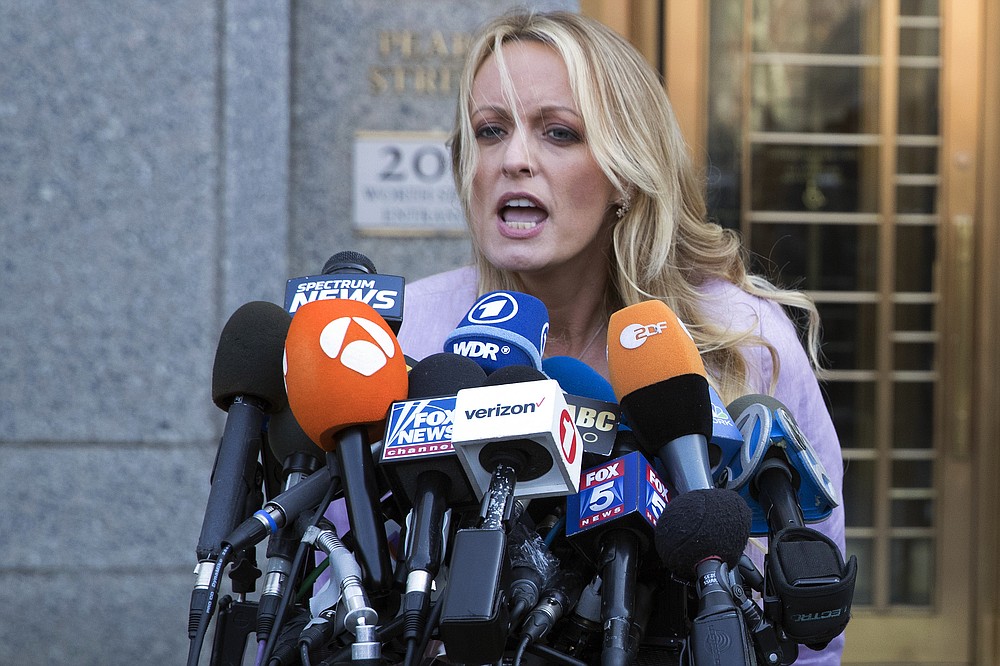 In this April 16, 2018 file photo, adult film actress Stormy Daniels speaks outside federal court in New York. Part of a criminal investigation by the New York District Attorney's Office pertains to payments made during President Trump's 2016 campaign to Daniels and model Karen McDougal to prevent them from publicly alleging they had extramarital affairs with him. . (AP Photo/Mary Altaffer, File) 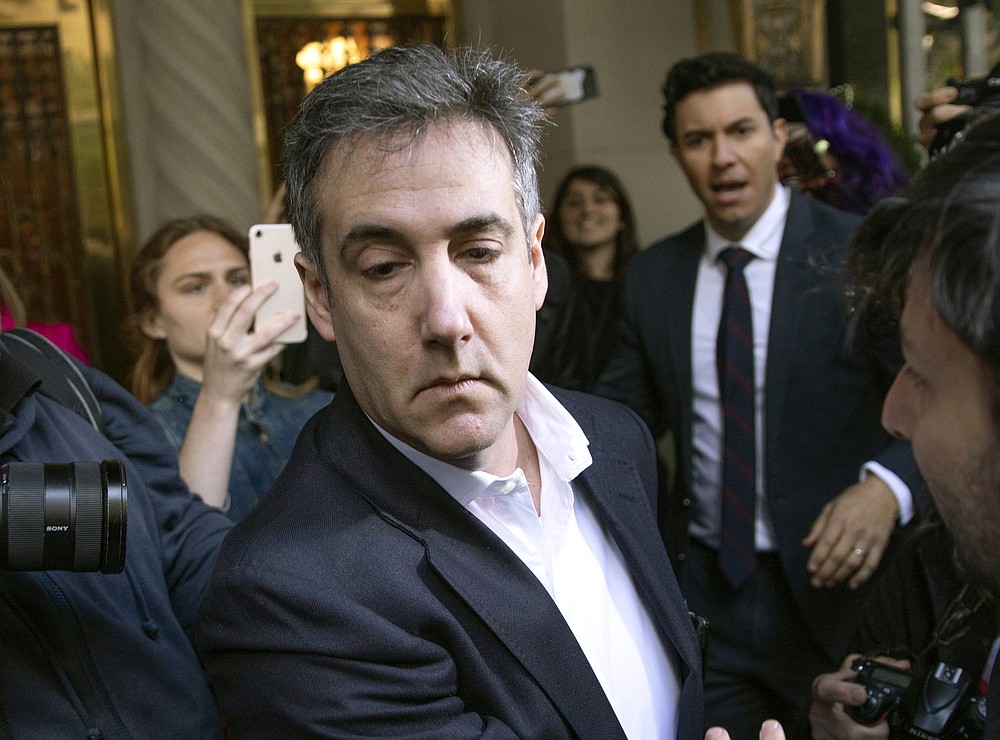 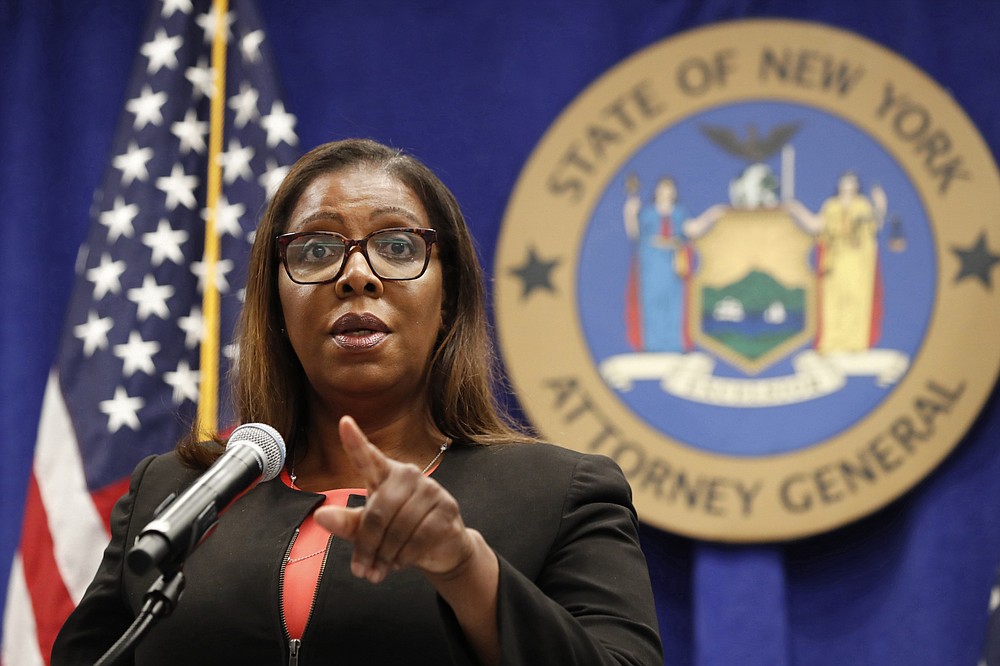 FILE- In this Aug. 6, 2020 file photo, New York Attorney General Letitia James takes a question at a news conference in New York. James is conducting a civil investigation into whether President Donald Trump's company, the Trump Organization, lied about the value of its assets to get loans or tax benefits. (AP Photo/Kathy Willens, File)