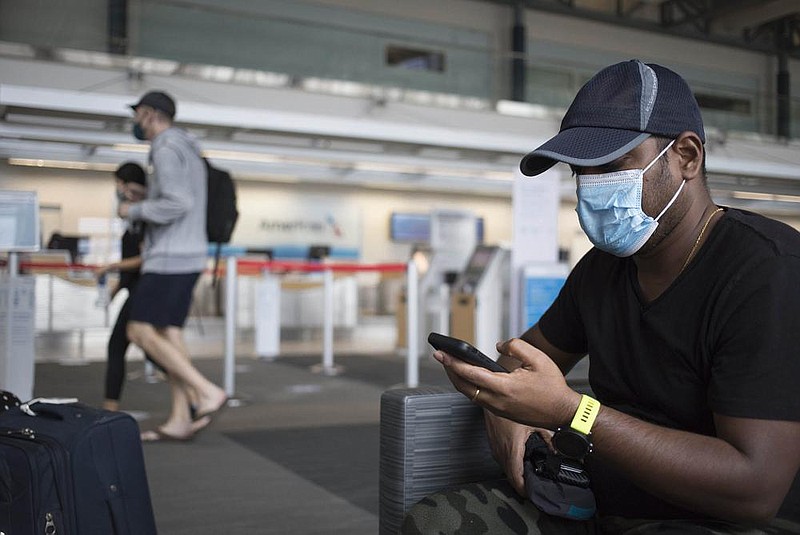 Soma Chire of Bentonville waits for his family before heading off on a trip to India, Saturday, August 29, 2020 at Northwest Arkansas National Airport in Bentonville. A new study shows more travelers are choosing the Northwest Arkansas National Airport rather than driving to airports in Oklahoma or Missouri. The study shows a significant decrease in leakage for XNA. Check out nwaonline.com/200830Daily/ for today's photo gallery. (NWA Democrat-Gazette/Charlie Kaijo) - Photo by Charlie Kaijo

The two largest commercial service airports in Arkansas together saw nearly 1.7 million fewer passengers go through their doors through the first 10 months of 2020, according to the latest data.

The decline was steeper at Northwest Arkansas National Airport at Highfill. There, 614,662 passengers went through the terminal in the first 10 months of the year, a 60.4% fall from the same period in 2019.

Both airports are struggling to recover from the drop in air travel because of the coronavirus pandemic that began in March, according to last month's numbers.

Northwest Arkansas National had 65,313 passengers last month, a 63.8% decline from October a year ago.