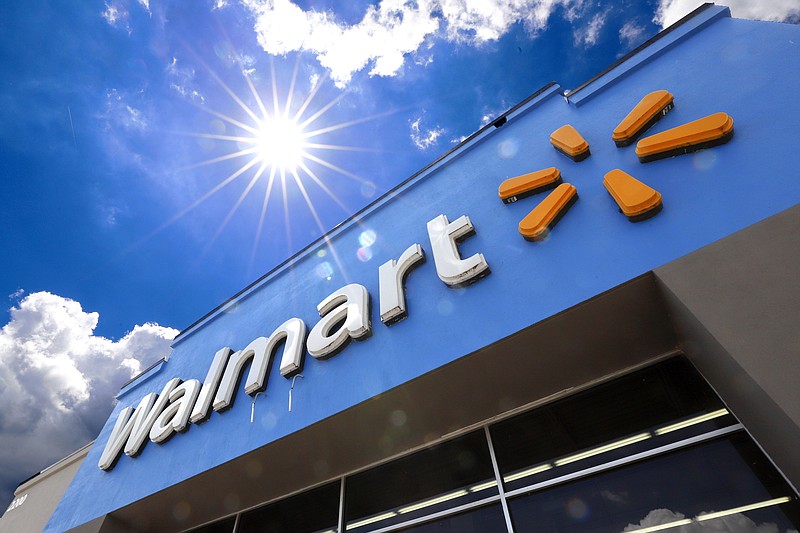 Walmart Inc.’s strategy of giving customers choices in how they want to shop helped boost its third-quarter same-store sales by 6.4%, led by key categories including food, general merchandise, and health and wellness, the company said Tuesday.

Before the markets opened, the Bentonville-based retailer reported net income of $5.14 billion, or $1.80 per share, for the quarter that ended Oct. 31, compared with $3.29 billion, or $1.15 per share, in the same quarter last year.

“This was another strong quarter on the top and bottom line,” said Doug McMillon, Walmart’s president and chief executive officer, in a call with investors.

Online shopping remains strong, McMillon said, whether customers choose to have their orders shipped to them, delivered to their doors or available for curbside pickup. Walmart’s e-commerce sales grew 79% in the quarter.

“We think these new customer behaviors will largely persist,” he said, even after a vaccine for covid-19 is widely available and people go back to their pre-pandemic lifestyles.

Carol Spieckerman, a retail consultant and president of Spieckerman Retail, agreed with McMillon, calling the company’s expectation of continued e-commerce strength “spot on.”

“Even before covid-19, shoppers who tried Walmart’s site-to-store options got hooked, including those who normally prefer not to shop at Walmart,” Spieckerman said. “For most, there will be no turning back, particularly as Walmart continues to refine the online experience overall.”

And even as people start spending again on travel and leisure, Spieckerman said, “Walmart will benefit regardless since spending on higher-margin, discretionary categories like apparel should also increase as the overall economy opens up.”

But Brian Yarbrough, a retail analyst with Edward Jones, said whether consumers will revert to their former spending patterns is “the million-dollar question.”

During the pandemic, Yarbrough said, “consumers have shifted spending away from leisure and entertainment,” and eating meals at home benefited Walmart’s grocery business. “As we move into next year and people start shifting back toward leisure and entertainment, that probably means more eating out and fewer people eating at home,” he said. “And how will that affect Walmart?”

Yarbrough said he thinks that while consumers have changed their shopping habits during the health crisis, “some of it will stick, but some of it won’t.” Walmart’s e-commerce business has started to slow down, he said, “and I expect it will continue to slow.”

And next year, when it comes to year-over-year comparisons, e-commerce growth may go down to zero or even below, Yarbrough said.

Another million-dollar question, Yarbrough said, is whether Walmart’s stock will show some weakness next year as these trends play out.

Walmart said in its report that the covid-19 pandemic continues to affect net sales and operating results. The company has declined to offer guidance for the fiscal year because of the uncertainties regarding how the pandemic will affect the company and the global economy.

Regarding the inventory shortages that plagued retailers early in the pandemic as people stocked up on cleaning supplies and other necessities, McMillon said the company’s merchant and replenishment teams “are working hard to ensure we have products available for our customers.”

“In-stock levels have improved from the second quarter,” McMillon said, “but we’re still below where we want to be.”

As in the second quarter, covid-19 brought on government-mandated store closures in some regions, especially in African and Central American countries.

Sales at stores open at least a year, considered a key indicator of a retailer’s health, climbed 11.1% led by food and consumables. Sam’s Club’s e-commerce net sales 41%, with strong demand for direct-to-home delivery and curbside pickup.