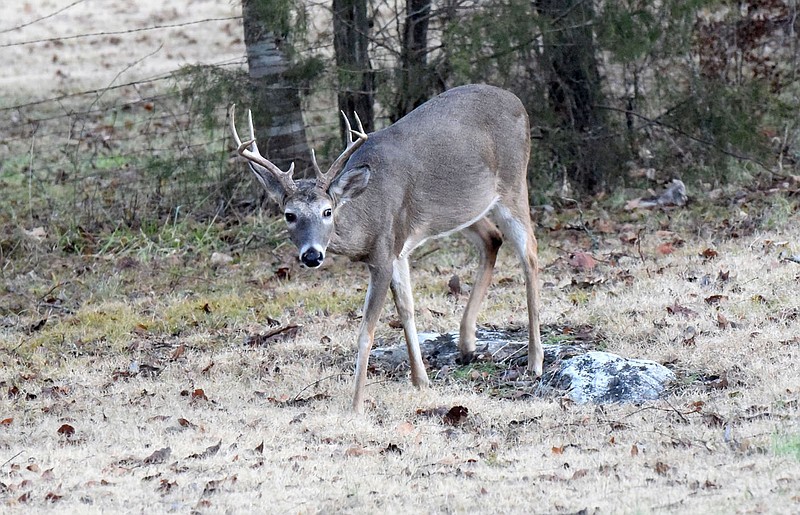 Bucks and does are legal game during modern gun deer season in Arkansas. The season opens on Saturday morning. (NWA Democrat-Gazette/Flip Putthoff)

None of the shootings were life-threatening, the Springfield News-Leader reported. The Missouri Department of Conservation said it will not release details of the shootings until its investigations into them are complete.

Many such accidental shootings happen while hunters are handling or transporting guns, said Justin McGuire, the department's hunter education and shooting range coordinator.

"Many times, people are injured by firearms that were assumed to have been unloaded," McGuire said. "Keeping the actions open and the muzzles pointed in a safe direction removes all doubt."

Sales of hunting and fishing licenses have been spiking in much of the U.S. as Americans tire of being cooped up at home as the coronavirus pandemic grows. The trend has abruptly reversed a steady decline in hunting's popularity.