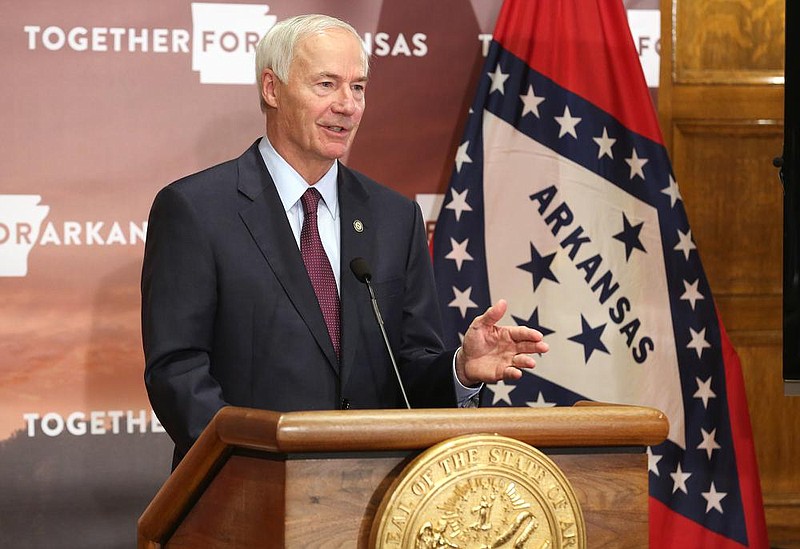 Gov. Asa Hutchinson has proposed tax cuts as part of his overall budget proposal for the fiscal year that would start in July.

Back up: Does the governor make decisions on taxes? Not completely. The governor submits a proposed budget including his ideas for tax cuts to the General Assembly (the state legislature).

The assembly considers his ideas while drafting bills authorizing state agency spending and proposing tax cuts. The assembly is not obligated to take up the governor’s proposals.

Then whatever bills the assembly passes head to Hutchinson for approval or veto.

So what is Hutchinson proposing?

About $50 million a year in income-tax cuts for low- and moderate-income Arkansans. He didn’t specify how tax rates would change nor which incomes would be included.

• Used vehicles priced at less than $4,000 are currently exempt from the sales tax

• Nearly two years ago, legislation that would have entirely exempted used vehicles below $7,500 from sales tax failed to clear an Arkansas Senate committee

Reducing the top individual income tax rate to 4.9% for new residents in Arkansas for their first five years in the state

• He also hopes the reductions will incentivize reducing the top income tax rate for all Arkansans to 4.9% over the next five years

What is the response so far?

"I don't think anybody is 100% sold on any of the [governor's tax cut proposals]," House Revenue and Taxation Committee Chairman Joe Jett, R-Success, said. "I'm certainly not."

State Rep. Lane Jean, R-Magnolia, said he didn't like reducing the income taxes of new residents, and that he hadn't talked to many members who liked the plan.

Sen. Joyce Elliott, D-Little Rock, asked state Department of Finance and Administration officials about the evidence that cutting the top individual income tax rate to 4.9% for new residents will lure people to the state.

"Generally speaking, tax cuts do not do what we have told people they do for all these years, but we keep on doing it," she said.