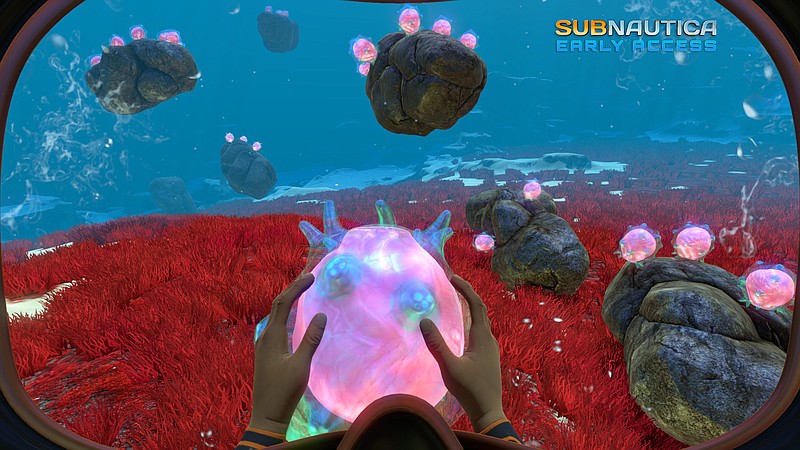 It's not unusual to have a touch of thalassophobia, described as an intense and persistent fear of the sea.

Anyone who ever has swum in a deep, murky lake and felt something brush past has surely felt that tickle of fear slide through the back of his or her mind. There's something terrifying about the deep, alien reaches of the ocean, especially the parts in perpetual darkness, so far down the sun's light cannot reach.

Enter "Subnautica," an aquatic, open-world survival-exploration game set on an alien ocean planet where your worst fears — like the unshakable feeling some colossal apex predator lurks just out of view — are true.

In Unknown World's "Subnautica," you'll take on the role of the lone survivor of a crashed spacecraft, stranded on the remote ocean planet 4546B. Your first objective: survive.

At your disposal are a lifepod, with a little food and water, and a PDA device (personal digital assistant) to track inventory, blueprints, messages and more.

Your pod floats on the surface. Nearby, your crashed ship floats, with a damaged nuclear core ready to blow. Everywhere else stretches endless ocean. To survive, dive down and explore.

Players begin in the "Safe Shallows" area, filled with schools of beautiful yet alien-looking fish and teeming with plant life. As a high-tech castaway, you must begin collecting resources, finding edible fish, potable water and scavenging materials from the shipwreck. You'll have to craft equipment, such as a survival knife, to harvest more advanced materials, and explore various biomes.

Players can craft upgrades to swimming speed, extra air bladders to stay underwater longer, and will build their own underwater base. The more you build, the more options are unlocked, such as submersible vehicles to dive even deeper into the ocean's depths, which allows for the collection of rare resources and the crafting of new vehicles that can dive deeper still.

Many open-world survival games are very light on story, but it's easy to be drawn into attempting to solve the secrets of this ocean world. Exploring underwater wrecks, you'll find journal entries and audio logs as you piece together a mystery thousands of years in the making.

The crafting system in "Subnautica" is robust and gives a real feeling of accomplishment, like successfully building your first underwater habitat. Seabases are modular, and you'll likely build more than one as you create a main base and mini bases that will act as refueling stations for the deepest and most distant ocean dives.

While it is possible (and sometimes necessary) to kill certain creatures, combat is not the main focus of the game. Yes, of the dozens of oceanic fauna, many are aggressive, but most can (and some you definitely should) be avoided, through stealth or distraction. 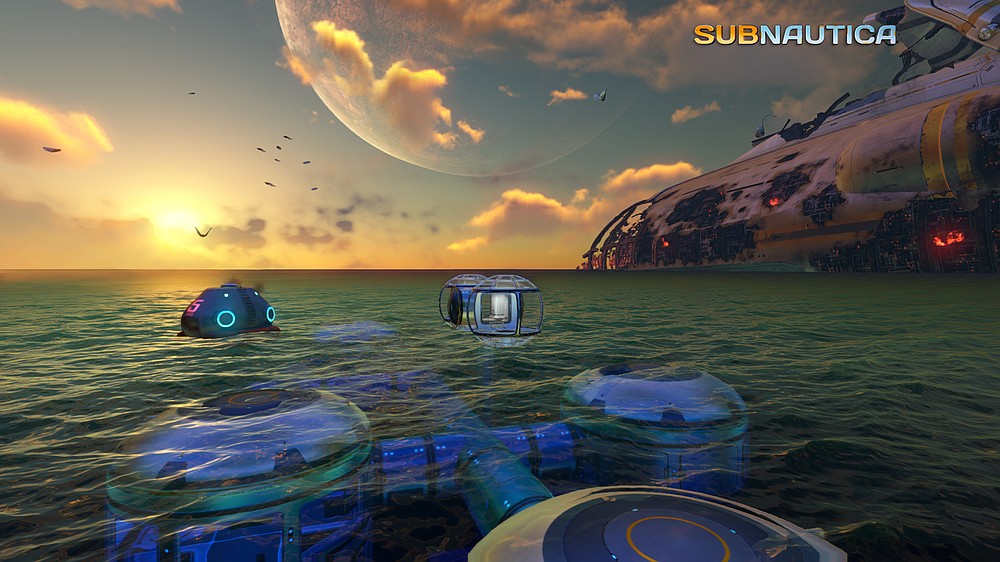 Exploration carries risks, though, and in the depths, visibility is limited, especially at night. Often you may find yourself identifying creatures by positional audio, hearing their strange noises as they swim near you in the darkness, with just the narrow beam of a flashlight to guide you, the tension so thick you could cut it with a survival knife. "Atmospheric" hardly does it justice. It is not, in my opinion, a horror game, and yet there will absolutely be moments of sheer terror as you brave the depths of a pitch-black ravine, hundreds of meters below the surface, or suddenly come face-to-face with a leviathan hundreds of times your size.

Unlimited praise is due to the visual and audio greatness in "Subnautica." Each biome, full of colorful, unique lifeforms (much like our own oceans) has its own music — which seems to tell you exactly what to expect in terms of danger, too.

There are multiple modes to give you exactly the kind of "Subnautica" experience you want. In "Survival" mode, players must manage their health, oxygen, food and water levels. In "Freedom" mode, players do not need to maintain food or water levels. This can be pretty nice because a large portion of time is spent on this. "Hardcore" mode is like "Survival," except players have only a single life; die and it's game over, save file deleted. "Creative mode" is the sandbox mode, so that players can freely build and explore. Dying is impossible and players have unlimited resources.

Overall, "Subnautica" is a must for any fan of survival games, and for anyone who finds delight in exploring the terrors of the deep, dark unknown. A sequel, "Subnautica: Below Zero," is in development.