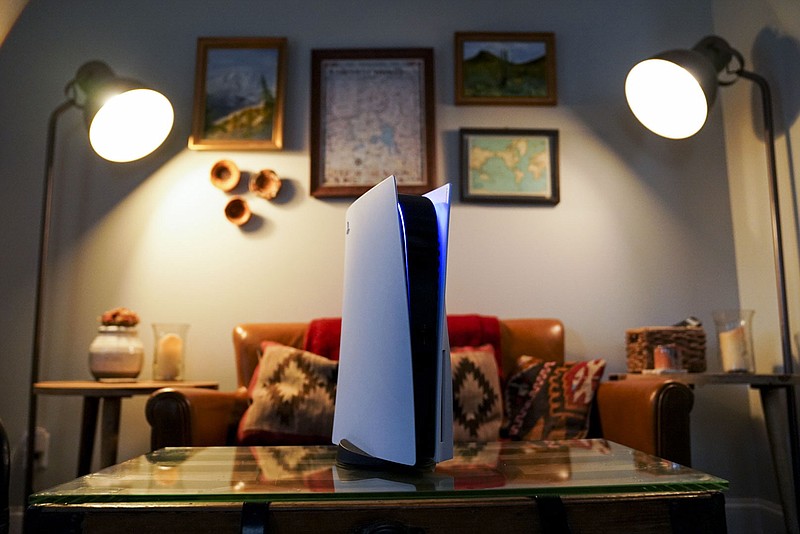 As Sony and Microsoft unveiled their next-generation consoles to the world, the two mega-publishers raced in different directions.

Microsoft boasted that the Xbox Series X would be the "most powerful" Xbox ever made. Sony focused on exclusive titles and on immersion.

The PlayStation 5 draws on your senses to pull you in. Sure, you're used to the rumble of the controller as your character falls down a rocky hill or gets struck by an enemy's sword. But that was the old, blunt approach.

Now, you can feel the pitter-patter of raindrops on an umbrella, through the palms of your hands. The whiz of a bullet shooting past your left ear can make you turn in that direction.

If the PS5 wasn't so massive (you might have trouble finding room for it on a media cabinet), I'd consider it a near-perfect console. It's quiet, powerful and quick. The system is a glimpse into the future, featuring 8K resolution gaming, 4K resolution at high frame rates, fast load times, and ray tracing, which before was only possible on high-end PCs. Console gaming, by comparison, is cheaper but still costs hundreds: The PS5 is $499 with a disk drive and $399 for the disk-less version — that's still $100 more than the Xbox Series X's little brother, the Series S.

The PlayStation 5 places a major emphasis on the sensory experience, and we're excited to see how that performs in exploration-based and atmospheric games to come. If you're looking for a rich game experience, this system already offers plenty.

Load times are cut down significantly from PS4, and in many cases, removed entirely. Ray tracing allows for realistic graphics with crisp lighting and deep shadows, adding more color and depth to environments. Performancewise, the PS5 is remarkable.

The biggest game-changer is the machine's solid-state drive (SSD). The massive performance boost allows for lightning-quick loading. Fast travel in "Marvel's Spider-Man" on PS4 took about 15 seconds to complete from one side of the map to the other. That same game on PS5 shaves the wait down by five seconds.

In the new "Marvel's Spider-Man: Miles Morales," you won't hit load screens at all, even fast travel completes in as little as one second.

Games boot up instantly and run smoothly, although I did suffer the occasional crash with "Miles Morales." Even then, it didn't cause a long interruption, as games — and the console itself — reboot incredibly quickly.

Returning to Xbox One or PS4 games afterward was jarring; I was no longer used to waiting.

But at 825 GB of storage space, your library will quickly reach the limit, especially if you're filling your system with PS4 blockbusters.

"Marvel's Spider-Man: Miles Morales" is stunning, largely thanks to ray tracing. I saw major improvements over the PS4. Puddles in alleyways reflect the skyline. Even polished concrete flooring looks great, making drab supervillain labs beam with color and depth. Areas that would normally be dark and unassuming have more life — rays of light peek through slits of ventilation shafts as Miles crawls inside.

Particle effects explode and zoom past with more detail than ever as vehicles, cranes or armor blast apart. Expect a shower of sparks, bullets and projectiles during action-packed moments, with a smoothness that could easily be mistaken for a non-playable cinematic.

The PS5 reportedly supports 120 frames-per-second for specific titles, like "Dirt 5" and "Call of Duty: Black Ops Cold War," but we didn't try these games. 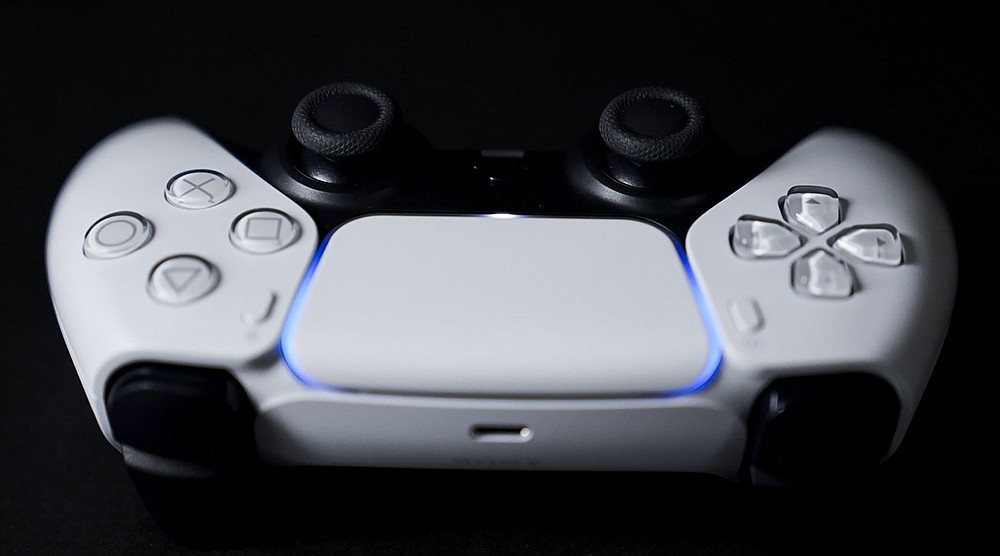 The DualSense controller has been upgraded with specialized haptics for a wide range of sensations. (The Washington Post/Carolyn Van Houten)

The DualSense controller (priced individually at $69.99) is PlayStation's comfiest controller yet. It's slightly wider and larger than its predecessor, the DualShock 4, and has more weight. Button layout is nearly identical to the DualShock 4, although the light bar has moved from the back to the front, glowing on the edges of the touchpad.

The DualSense haptics have been upgraded, letting you feel more precise sensations, like the tickling of tall grass as you weave through a meadow. I loved when the DualSense controller haptics matched the sound design, as when the swoosh of Miles' web shooting out of his palm aligns with a finely tuned rumble that shifts intensity depending on the arc of your swing.

The question is how often those elements will be used by third-party developers, who could invest their resources elsewhere. For example, the touchpad from the DualShock 4 controller remains one of the most unused PS4 innovations.

Among the more standard features, the share button from the PS4 is no more. In its place on the top left of the controller, you'll find the create button. Just like the share button, you press it to save, share or edit screenshots and gameplay clips. An improvement is you can now edit videos without leaving your game, and retroactively record footage in defined increments, such as 15 seconds, 30 seconds, 5 minutes and 15 minutes, giving video creators more control than they had on PS4.

The DualSense has a built-in microphone and speaker, meaning you no longer need a headset for voice chat, but it's still best to use one.

Sony built its new audio engine, named Tempest, to help achieve the console's ambitious sensory vision. When paired with the pulse 3D wireless headset ($99.99), there's a sense of place as sound reaches your ears relative to your character's position or surroundings.

The PlayStation 5's audio uses object-based sound; it simulates and supports hundreds of sources in a 3D environment, coming from different directions and with varying levels of intensity.

The headset is comfortable, but the fit — at least on my small head — isn't snug. The problem is it's barely adjustable, with just an inside strap that sits right atop your head. The leather padding for the ears is comfy but can get warm after prolonged use.

A variety of controls is situated outside the bottom of the left ear of the headset, including volume, muting the dual microphones embedded in the ears and prioritizing sound from party chat or your game. But there are a few too many buttons right next to each other; I often pressed the wrong function or had to take the headset off to adjust the volume, since you can't change it on-screen in PS5 menus.

At first glance, the PS5 home screen resembles that of the PS4. Icons for games and applications are neatly arranged in a single row, but now they're smaller and nearer the top, giving more open space for the rest of the screen. The layout is clean and easy to navigate.

One area of the control center cannot be customized. Cards, as Sony calls them, are large, game-centric icons that appear right above the control center. These cards take up half the screen and scroll horizontally. I often wished to remove them but couldn't. I never found myself clicking the "official news" card, for example, which reveals recent PlayStation announcements.

Another new feature: With share screen, you can watch a friend as you play your own game.

At 15.4 inches tall, 10.24 inches deep and 4.09 inches wide, PlayStation 5 is the biggest video game console in decades. It's more than double the weight of its predecessor at 14 pounds.

It's heavy and difficult to move around. With its curved, white panels framing the black, glossy center and LED lighting illuminating its inner edges, I liked the PS5 much better in Sony's promo shots than next to my television set. The massive size makes it imposing in the living room.

I worry about the durability of its shell casing. On both sides, two corners jut out like sharp edges of a sheet of paper. They're thin, bend slightly at the touch and might break off in a fall.

The PS5 has a robust cooling system, with vents running down both sides of the console and down its back, keeping the system from overheating. Occasionally the console is a little warm but never hot. It's incredibly quiet, with the purr of the fan quiet as a whisper during games such as "Spider-Man: Miles Morales," as well as backward compatible PS4 titles "The Last of Us Part II" and "Death Stranding." Considering games like "The Last of Us Part II" were loud even on a PlayStation 4 Pro, this is a big improvement.