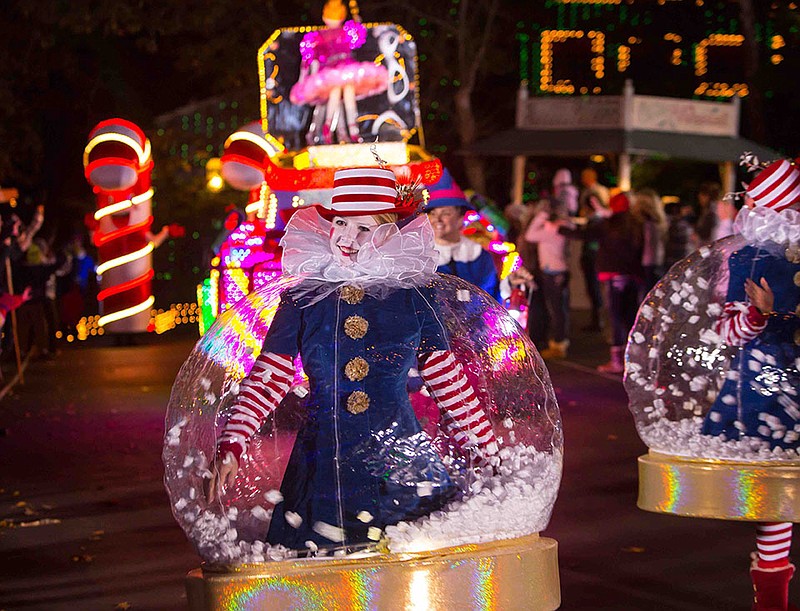 Robertson spent “the better part of 15 years” as a professional drummer, both touring and working in Branson shows, and “I got to sit in the back and watch the audience watch the show,” he says. “I learned what works and what doesn’t that way. And I still spend a lot of time watching the crowd watch the show.”

Robertson grew up going to Cedar Point, a famous amusement park in Sandusky, Ohio, and worked there for three years before moving to Branson in 2003 to make music. Eventually, he says, “opportunity met preparation” and he got a job at Silver Dollar City. Now he’s responsible for entertainment aboard the Showboat Branson Belle, at the Silver Dollar Saloon and this Christmas, he has a new show opening titled “Cool Yule.” He calls it “a nostalgic stroll through an American Christmas past” with four-part jazz harmonies, big solo vocals, a three-piece band and the opportunity to “improve upon already fond memories of Christmas in America.”

Like the rest of the season, An Old Time Christmas came with new challenges. Audience favorites “A Dickens Christmas Carol” and “It’s A Wonderful Life” are not being performed this year because of covid-19 concerns in the auditoriums, so “Cool Yule” is taking Christmas to the streets — actually to what was recently Pumpkin Plaza — for a sit-down show outdoors.

“We’re trying to spread out the audience, deal with social distancing issues and still remind you of all those great Christmas memories,” Robertson says.

Turning Pumpkin Plaza into Christmas Plaza is a massive task, as Cortlandt Ingram, also an entertainment manager who specializes in theatrical technology, describes. As soon as patrons left Silver Dollar City on Halloween night, every gate opened and every light came on so that work crews — staged and ready to go — could begin to strip every bit of autumn out of the park and turn it into a winter wonderland. Ingram says it looks “like a sea of ants,” as everyone scurries about to do their jobs, huge cranes come in to erect the 85-foot Christmas tree, boom lifts let Santa’s elves finish hanging lights on the buildings — which they secretly start much earlier in the fall — and giant holiday “icons” switch places with giant pumpkin icons in the storage warehouse.

“It’s like a well-oiled machine of a lot of people knowing what the goal is and what we’ve got to get done,” Ingram says. “Depending on how the dates fall, we have five days to a week to make what is really a major transformation. This year, we’ve done almost everything ‘in house,’ and I think families who come every year are going to be impressed.”

Elise Green, who is a producer on this year’s “Cool Yule” show, is one of those kids who grew up coming to Silver Dollar City. She’s from Republic, Mo., and studied entertainment management in college.

“When I was a freshman, I decided to try to get a job down here, and I started working in ‘attractions’ in 1999,” she remembers.

Green did a little bit of everything. She was a cave guide, worked in the parking lots, was part of the street troupe of actors and ushered at stage shows — stepping in as a stage hand when needed — until finally, after an internship at Walt Disney World, she got a job as a production assistant.

“Last year, I got promoted to the role I’m in now,” she says. “Even with the time out when I went to Disney, this is my 20th season. The job is challenging, but so fun and so rewarding. I also love to watch the guests and see their reactions. Knowing they’re seeing exactly what they wanted to see is the best reward.”

FYI — Guest numbers are limited due to covid-19 concerns. Reservations are required for most days at silverdollarcity.com.