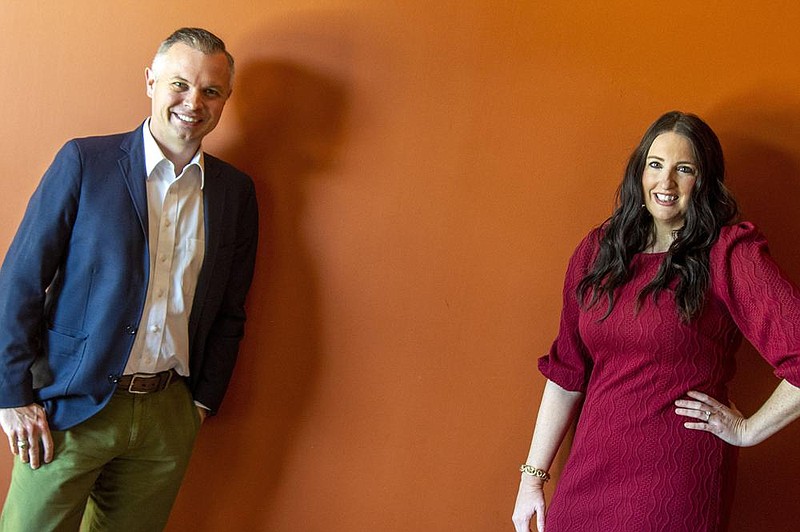 Kathleen Lawson says her journey into fundraising began before she could even spell philanthropy.

Lawson, executive director of Economics Arkansas, recalls her first venture into raising money was a bike-a-thon in her hometown of Greenbrier for St. Jude Children's Research Hospital.

"I can still vividly remember the clerk at our local grocery store giving me a crisp $10 bill toward my efforts," she says. "Next stop was our local pharmacy and from there the gifts kept coming. I remember the feeling of surprise that people were so willing to give. But I shouldn't have been surprised. People like to help and most of the time they are just waiting for an ask.

"That bike-a-thon landed me on the front page of the very first edition of my hometown newspaper. Fast forward to 30 years later, and now I am the executive director of a nonprofit with a $1 million per year annual budget."

Today, Lawson also is chairwoman of National Philanthropy Day for the Arkansas Chapter of the Association of Fundraising Professionals. In normal times, the event is a luncheon. This year it is a virtual event at 4 p.m. Nov. 19.

"When my daughter turned 6, she asked for a YouTube channel. I told her if she wanted to be an influencer, she had to influence good [ideas] so we went on to spend a week doing service projects around the community and she made videos about each project that we shared via social media. Her first video was about purchasing food for the Arkansas Foodbank summer cereal drive. That summer our tradition of Madelyn's birthday week of service was born and it continues still.

"For one week each year, we select a different nonprofit to serve. Through these efforts, she learns about philanthropy in lots of ways, including leading her own fundraising efforts. Who knows? In 30 years we may be seeing her in my shoes as chair for National Philanthropy Day."

Ryan Miller has already been selected as the 2021 chairman of National Philanthropy Day for the Arkansas chapter of the Association of Fundraising Professionals. Miller, the investor relations officer at WilCarr Ventures -- the venture capital arm of Wilson Carroll Research Services, says he got involved with the association when he moved to Little Rock in 2017.

"Fundraising is one of many things that I do to advance the work at Economics Arkansas, and AFP-Arkansas has been a huge help to me," she says.

This year, 10 philanthropists or organizations will be honored at the state's philanthropy event. They are:

• Outstanding Philanthropist -- Sonya Yates Hubbard, nominated by Arkansas Children's Hospital. In 2019, the Yates and Hubbard family announced a historic gift of $1.25 million to Arkansas Children's Dental Sealant program, the family's largest gift to date. The gift was made in honor of the late Jim Yates, patriarch of the Yates family and co-founder, along with his wife FaEllen Yates, of E-Z Mart Stores.

• Outstanding Volunteer Youth Fundraiser -- JaKiah Collins, nominated by Arkansas Children's Hospital. Despite a kidney cancer diagnosis when she was 4 years old, JaKiah has served as a national ambassador for pediatric cancer.

• Outstanding Foundation -- BDK Foundation, nominated by Ronald McDonald House Charities of Arkansas. The foundation supports nonprofit organizations of all types and sizes. It made its first donation in 2000 and has contributed more than $14 million to date.

• Outstanding Corporation -- Garver, nominated by Centers for Youth and Families. Since 2015, the engineering company and its employees have supported more than 330 organizations, contributed about $800,000 and provided more than 2,600 community service hours.

• Outstanding Fundraising Professional -- Matt Cleveland, nominated by Debbie Grooms. Cleveland is chief development officer at the Arkansas Sheriff's Youth Ranch. The ranch is a family-style foster care program founded in 1976. Since that time, it has fostered more than 2,100 Arkansas children.

• Lifetime Achievement Award -- Leslie Oslica, nominated by Melissa Hendricks. Oslica has volunteered with the Children's Tumor Foundation for 20 years. She began volunteering and raising money for the foundation after her daughter Katie was diagnosed with neurofibromatosis. 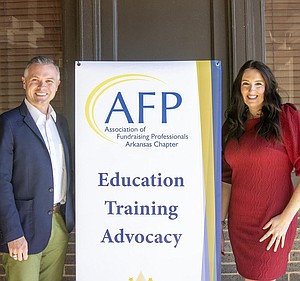 "Even though we have gone virtual, we are still going to be able to recognize philanthropy in the state of Arkansas and recognize these individuals and organizations that are making a difference," Miller says. "And that is everything from a lifetime achievement award that is recognizing someone who has been doing countless years and hours of service to a young person who was diagnosed with cancer and did not let that stop her from continuing to make an impact."

The National Philanthropy Day event is open to the public -- not just members of the Arkansas Chapter of the Association of Fundraising Professionals. More information is available at tinyurl.com/y3e2g4u3.