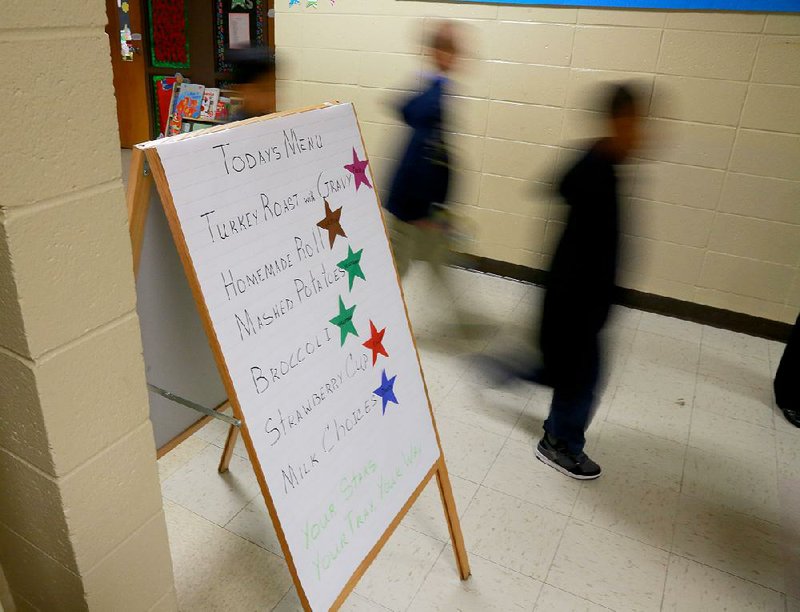 With the exception of day camps for children of medical providers, the full-day elementary summer school sessions at four campuses will be the first, on-site instructional program in the state's second-largest district since Gov. Asa Hutchinson closed district schools on March 13.

The governor ultimately closed schools statewide to on-site instruction, effective March 17, and never reopened them this just-ended school year. That was done in an effort to contain the spread of the contagious and potentially fatal covid-19 illness. The governor has said he would like to see students return to campuses in August.

The Little Rock elementary summer school -- designed for as many as 540 children, July 8-31, at King, Stephens, McDermott and Otter Creek schools -- comes after the Arkansas Division of Elementary and Secondary Education announced last week that limited on-campus activities could be held beginning Monday The list of approved activities included credit recovery for high school students and summer school for small group and individual tutoring and mentoring.

The Little Rock program is being planned as educators across the state and nation are in the early stages of determining how to safely provide instruction in the upcoming 2020-21 school year in the face of an ongoing pandemic.

"The first thing I'll say is we're talking about 140 students per site," Smith said. "We're talking about 40 percent of the normal enrollment in a building. That gives us the opportunity to use more space in the building and not have as much interaction."

He acknowledged his own concerns about how to bring students and staff safely back to the campuses in August but said that the proposed summer school, with its smaller numbers of children, "is an opportunity to give us a very good sense of where we are and are we prepared for a fall reopening. We can work through the steps that are needed to ensure safety of all students.

Smith offered assurances that every precaution would also be taken in the summer program to ensure student safety.

That includes an escape hatch.

The district has set June 12 as the date in which the final call will be made to either go forward with the summer program or call it off. If the program is a "go," then acceptance letters will go out to the families who have applied for their children to attend, Smith said.

The district identified and invited some 3,900 children of the district's total 11,000 elementary enrollment to the program and about 1,000 submitted applications for what was originally going to be 672 seats at the four sites. That was reduced to 560 seats, 10 children per classroom.

Smith said that many of those who initially applied may not be able to attend because the district is prevented by current state guidelines from providing school bus transportation.

The program will be from 8 a.m to 5:30 p.m., with an academic focus on math and literacy in the morning and early afternoon, and then there will be enrichment activities provided by the City of Little Rock from 2:30-5:30 p.m.

"We are hoping by providing a full-day program, we hope to increase the pool of students who will attend," Smith said.

Each site will be staffed with a principal, nurse and counselor, as well as teachers.

The program will incorporate guidance made recently by the Centers for Disease Control in Atlanta for schools. Those entering the campuses will have their temperatures checked daily, Smith said. Students will eat in their classrooms and not in the cafeterias. Playground equipment will be cleaned after each use by children. Students will have limited movement among rooms, staying largely in place with their assigned teacher. Still in the planning are ways for students to enter and leave the programs without large group interaction, Smith said.

The CDC's interim guidance calls for physical distancing, teaching of handwashing and covering coughs and sneezes, and use of face coverings by staff and older students. The guidelines also address cleaning and disinfecting, closing communal spaces, turn desks to face in the same direction, space out seating, stagger arrival and pick up times, limit sharing and have a plan for when a staff member or child becomes sick.

Smith and Randy Rutherford, the district's executive director of secondary education, presented the summer school plans to the district's Community Advisory Board earlier this week, using the Zoom online meeting platform -- another effort to prevent the spread of disease.

The high school program begins June 8 and goes through July 10. Teachers will be working from 8 a.m. to 5 p.m. and there is no tuition charge for any student. The district's Accelerated Learning Center, an alternative school for students unsuccessful at traditional campuses for a variety of reasons ,will be serving students June 1 -26.

Jeff Wood, chairman of the Little Rock district's Community Advisory Board, asked whether there was discussion about doing the elementary program virtually.

"Based on the need of our students, virtual would not be a good approach," Smith said, adding that the pupils identified for the summer program are in need of support in the form of small group and in-person instruction. The virtual platform doesn't give a teacher as great an opportunity to understand where a student is in the learning process, mitigate misunderstandings and otherwise redirect students in their learning.

Superintendent Mike Poore noted that both parents and district staff have the choice of participating in the program, and that some have said they want the service. He noted that the lack of school bus transportation is a factor that could impact how the summer plans progress.