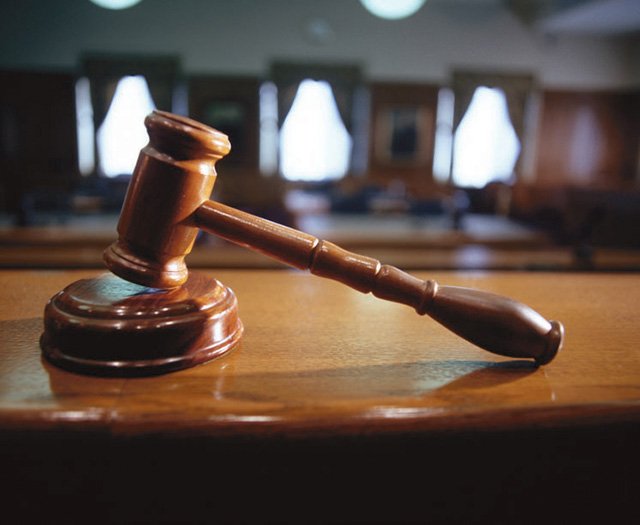 FAYETTEVILLE -- The state's requirement for in-person signatures on petitions to place measures on the ballot is almost certain to be struck down, a federal judge said Monday in a court order.

The order lets petitioners begin gathering signatures without having canvassers present, such as by mail, while attorneys in the case confer and work out a schedule for any court filings or hearings before a final ruling. The ruling also says electronic signatures should be acceptable in the future, but that method can not be set up in time for the current petition drives.

The April 22 lawsuit at issue challenged the in-person requirement during the ongoing covid-19 pandemic. U.S. District Judge P.K. Holmes' order applies to all petition drives to put measures on the ballot, it says. The pandemic makes an already unconstitutional requirement for in-person signatures worse, the order says.

The state requires petition signers to hand write their name, address and date of birth when they sign a petition and do so in the presence of a canvasser. Further, the canvasser must sign an affidavit in the presence of a notary public that all signatures were personally witnessed by the canvasser. Those requirements violate the plaintiff's free speech rights, the order says.

Monday's order resulted from a case that could decide if Arkansas' process of drawing legislative and congressional district boundary lines will go to voters in the Nov. 3 general election.

"There is no evidence before the court of fraud during previous initiative petitions," the order says.

A spokesman for the secretary of state's office, which is the defendant in the lawsuit, deferred all questions to the case's court filings.

At least one group has given up on its petition drive because of the difficulty of canvassing during a pandemic.

Arkansas True Grass, the backers of a proposed amendment to legalize marijuana use and expunge previous drug convictions, confirmed Tuesday it has shifted to getting signatures for the 2022 ballot.

Another group hoping to qualify a recreational marijuana amendment for the November ballot, Arkansans for Cannabis Reform, will continue gathering signatures, the group's director said. A fourth petition drive, which would allow electronic games of chance, is also underway.

"We are relieved that the federal court saw the danger in collecting signatures under the current pandemic and sought to give voters a safe way to exercise their constitutional rights," Bonnie Miller of Fayetteville, lead plaintiff and president of the Washington County League of Women Voters, said in a statement. The statement was released by Arkansas Voters First, organizers of the redistricting petition drive.

Registered Arkansas voters who want to sign the redistricting petition can click a link on Arkansas Voters First's website at arvotersfirst.org, said group spokesman George Shelton. The group will contact those voters after a system is in place to take their signatures electronically, Shelton said Tuesday. The system is expected to be up and running within a couple of days, he said.

Covid-19 pandemic restrictions have made the state's in-person requirement almost impossible to meet, the plaintiffs argue in the suit. State law requires petitions to place a measure on the ballot in November's general election to have 89,151 signatures of registered voters, a number set by calculating 10% of the votes in the last gubernatorial election. The law also requires signatures come from at least 15 of the state's 75 counties.

Measures to ensure validity are built in to the electronic signing process, Monday's order says. Those safeguards include email notification to the signers.

If the in-person signing requirement is excessive for electronic signing, then it's excessive for other methods too, the order says. Receiving signatures by mail or petitions left on bulletin boards, for instance, would be equally legitimate if the court rules electronic signatures are valid in its final determination of this case, the order says.

"This court victory ensures that we have the chance to bring fairness to the redistricting process," said Brett Kincaid, campaign manager for Arkansas Voters First. He said getting the number of needed signatures by the July 3 deadline will not be easy but he's confident it will be done.

Having those boundaries set by partisan elected officials leaves the process open to manipulating borders for partisan advantage, the group claims.

Those districts are redrawn every 10 years, after each U.S. Census. The 10-year interval between census takings is prescribed by the U.S. Constitution. A census is underway now with the results scheduled to be complete by Dec. 31.

Independent candidates also filed a lawsuit April 29 challenging their deadline to submit petitions to be listed on the Nov. 3 ballot. That deadline was May 1. U.S. Senate candidate Dan Whitfield of Bella Vista and state House candidate Gary Fults of Hensley filed the suit against Secretary of State John Thurston in U.S. District Court for the Eastern District of Arkansas. A hearing in that case is set for today.