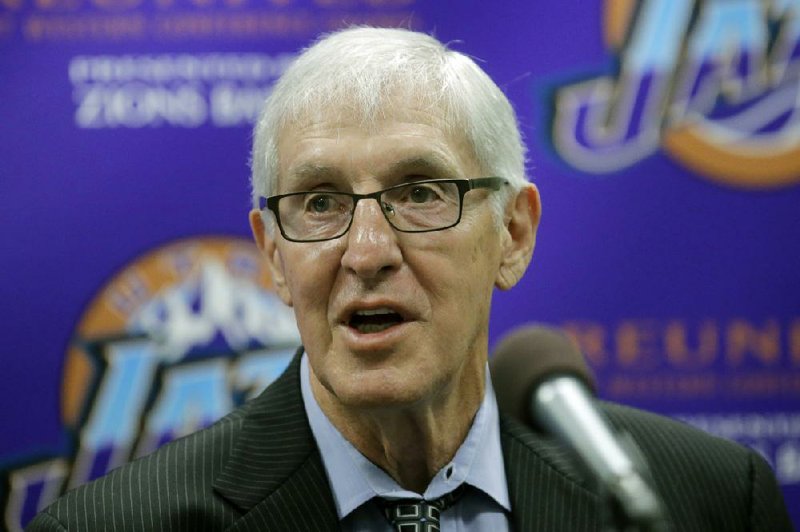 In this March 22, 2017, file photo, former Utah Jazz head coach Jerry Sloan speaks at a news conference in Salt Lake City. The Utah Jazz have announced that Jerry Sloan, the coach who took them to the NBA Finals in 1997 and 1998 on his way to a spot in the Basketball Hall of Fame, has died. (AP Photo/Rick Bowmer, File)

FAYETTEVILLE -- After Ronnie Brewer averaged 18.0 points per game as a junior guard at the University of Arkansas and was picked 14th overall in the first round of the 2006 NBA Draft by the Utah Jazz, he figured to continue scoring big as a pro.

Then Brewer got a message from Jazz Coach Jerry Sloan that the team already had plenty of scorers in Deron Williams, Carlos Boozer, Andrei Kirilenko and Mehmet Okur.

"Coach Sloan said, 'Ronnie, we really like you as a player, but all of those guys were brought here to do one thing -- score,' " Brewer said. "He told me, 'If you want to get on the court, you've got to do something other than score.'

"For a short period of time, I looked at it like, 'I averaged more than 18 points in the SEC. Scoring is what I do. Why do I have to find something to do other than what I've always done?'

"But Coach Sloan made me think. He made me realize, 'OK, if I want to have a career in the NBA, I've got to adapt.' "

Sloan, 78, died Friday from complications due to Parkinson's disease and Lewy body dementia, according to a Jazz news release.

Under Sloan, Brewer developed a solid all-around game and became known as a defensive stopper.

"If it wasn't for Coach Sloan, I might have been a hard-headed rookie that didn't get a second contract, or a third contract," said Brewer, who played eight seasons in the NBA and is now an assistant coach at Fayetteville High School, where he also was a star player. "I might not have been able to adapt to certain circumstances. I owe a lot to Jerry Sloan.

"When I heard the news, it broke my heart. That man meant so much to me. He believed in me and drafted me and gave me my NBA start. He laid some principles down for me about what it meant to really work hard and to work your way through things. That when things aren't going your way to dig deep and continue to work."

Brewer recalled that in a blowout loss to the Los Angeles Lakers at the Staples Center in his first season, he earned Sloan's respect by accepting the challenge of guarding Kobe Bryant.

Bryant had lit up the Jazz for more than 30 points in the first half, Brewer said.

"He pointed at me and said, 'Are you scared to guard Kobe Bryant?' I said, 'No, sir. I really don't fear anyone but God.' He said, 'OK. Well, you're going to start the second half and guard Kobe.' "

Brewer said the Utah players were wondering if Bryant might get 81 points -- as he had the previous season against the Toronto Raptors -- but that he did a solid job on the Lakers star in the second half.

"I was just trying to play as hard as I possibly could and challenge every shot to make it hard on him," Brewer said. "The respect that Coach Sloan had for me for taking on that challenge and not backing down, he said would stick with him for the rest of his life. He said I gained his trust and he knew then he could rely on me any time, because he knew that I wasn't scared."

Sloan had a 1,221-803 record in 26 seasons as an NBA head coach with the Chicago Bulls and Jazz. He led Utah to 20 playoff appearances in 23 seasons. The Jazz reached the NBA Finals in 1997 and 1998 under Sloan, but lost to the Michael Jordan-led Bulls each time.

The Jazz reached the Western Conference finals in 2007 when Brewer was a rookie, but lost to the San Antonio Spurs. They didn't advance beyond the conference semifinals the rest of Sloan's career.

Sloan was inducted into the Naismith Memorial Basketball Hall of Fame in 2009.

"I wish he could have won a title," Brewer said. "But you have to mention Jerry Sloan along with any of the greatest NBA coaches."

Brewer said that after he was drafted by Utah, he read up on Sloan and watched some of his playing days with the Chicago Bulls on YouTube.

Sloan played 11 NBA seasons, as a rookie with the Baltimore Bullets and then 10 seasons with the Bulls after they picked him in the expansion draft. A 6-5 guard from Evansville, Ind., Sloan averaged 14.0 points and 7.4 rebounds in the NBA. He was a two-time All-Star and made the NBA All-Defensive first team four times and the second team twice.

"Jerry Sloan didn't just talk the talk as a coach, he walked the walk as a player when you look back on his career," Brewer said. "Everything he said you had to do, he did the same exact thing when he played.

"That's what you really respected about him."

"With Coach Sloan, it was tough love," Brewer said. "It wasn't all smiles and kisses on the check.

"He could scream and chew you out and get on to you. But it's how I took that coaching and how I reacted to that coaching that I think allowed me to thrive in his system in Utah."

Late in Brewer's fourth season with the Jazz, he was traded to the Memphis Grizzlies.

Brewer said that decision was made by Utah General Manager Kevin O'Connor because of salary cap reasons.

"That trade was more about business than basketball," Brewer said. "That's just part of it in the NBA sometimes."

Brewer, who also played for the Bulls, the New York Knicks, Oklahoma City Thunder and Houston Rockets, finished with NBA career averages of 7.8 points, 2.8 rebounds and 1.6 assists in 503 games.

"Whenever I saw Coach Sloan after I left Utah, it was nothing but love and respect between us," Brewer said. "He always said, 'Ronnie, you know I love you. I didn't want you to leave. I wish you were still on our team.' "

Brewer said the last time he talked with Sloan was two or three years ago after he had been diagnosed with Parkinson's disease.

"His health was failing him, and he knew it," Brewer said. "But he continued to fight to the very end.

"Coach Sloan took on that challenge the same way he did everything as a player and coach in the NBA." 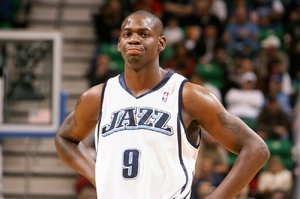