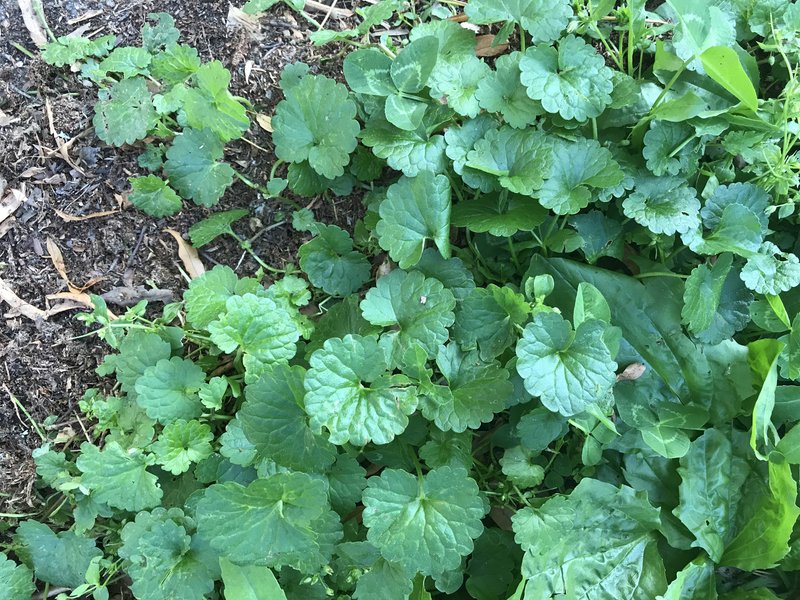 Creeping Charlie is a very determined weedy ground cover. (Special to the Democrat-Gazette)

Q Every spring and summer, I do battle with this vine, which I have heard called creeping Charlie. It has completely taken over my backyard and grows up into my flower beds and vegetables. I hate it so much that I've had nightmares about it. I don't want to use chemicals because of pets and beneficial insects. I've tried pulling it up, but it just comes back with a vengeance. I have also covered it with a tarp until it dies and then planted something in the bare spot immediately; that worked OK for a while, but it is starting to take over again. Do you have any suggestions that don't involve chemicals?

A The plant in question is ground ivy, also called creeping Charlie. It is a common spreading weed in shady gardens where it roots as it spreads. Without chemicals your only options are hand-weeding and solarization/smothering. Solarization is when you use clear plastic and cover the area in the hottest summer months. Smothering is using a tarp or other solid covering. Landscape fabric covered with mulch can also give you some control after you weed, if the area is bare.

Q I have a question regarding a couple of rose of Sharon trees. Can they be cut back so not to grow really tall?

A You can prune rose of Sharon, or althea, to whatever height you want them to be, but doing so now is going to really delay the first blooms. Normally they should be pruned as they begin to sprout in late February to early March. Where yours is growing, I think a large bush covered in flowers would be stunning. Have a reason to prune before you prune is my rule. If shorter plants are your preference, do your pruning in February.

Q I need to replace a dead tree and want a shade-producing tree that loves full sun most of the day. A friend suggested a cottonwood tree. Good tree or a nuisance tree? Grateful for your column always.

A I personally would not want a cottonwood tree in my yard. They are fast-growing but messy. They have fluffy white, cottony strands that appear in late May and June and can cause allergies, besides adding messy debris to the yard. Some other fast-growing trees that I prefer are tulip poplar, Shumard oak, dawn redwood and lacebark elm.

Q My fig tree branches vertically and does not grow upright. Help!

A I think you have too many branches too close to the soil line. I would prune out all but the most upright-growing limb you have. Then gradually retrain that branch into a tree.

Q My beautiful azaleas that are 35 years old have died and are dying. They are under a pine tree that has English ivy growing up it, and the vine has taken over the ground by the azaleas. I did not plant it and have no idea how to get rid of it. Is it killing my azaleas? What can I do to save the rest?

A Azaleas are shallow-rooted shrubs and don't like a lot of competition around their base. If the ivy is covering the ground, chances are it is also growing up the bushes. It does not play well with others. Your best control now is to pull out as much of it as you can. You can spot-treat with a glyphosate product (Roundup), taking care to avoid the azalea foliage. English ivy has a very waxy outer leaf that will repel the herbicide. Using a string trimmer to cut the ivy's outer leaves away before spraying can improve the chemical absorption. 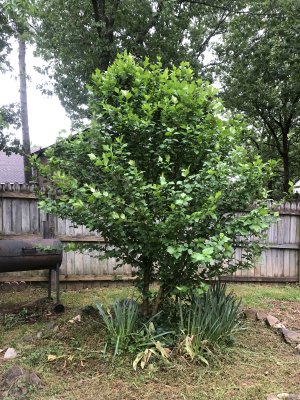 May is too late to prune a rose of Sharon and still enjoy its summer flowers. (Special to the Democrat-Gazette) 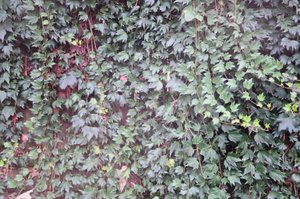 English ivy will out-compete shallow-rooted plants like azaleas for nutrients and water in the soil. (Special to the Democrat-Gazette/Janet B. Carson)

Print Headline: In the Garden