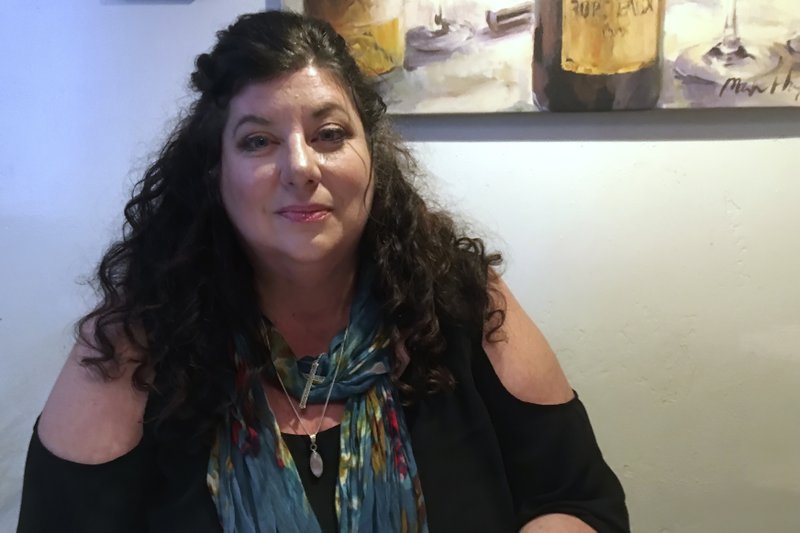 In this April 4, 2019, photo Tara Reade poses for a photo during an interview with The Associated Press in Nevada City, Calif. (AP Photo/Donald Thompson)

The lawyer for Tara Reade, the former Senate aide who has accused former Vice President Joe Biden of sexual assault, said Friday that he was no longer representing her, just two weeks after taking her on as a client.

The lawyer, Douglas H. Wigdor, has been a leading plaintiff's attorney of the #MeToo era. His firm is best known for filing discrimination cases against Fox News and its former star host Bill O'Reilly, and Harvey Weinstein.

His announced departure came a day after defense lawyers in California said they were reviewing criminal cases in which Reade served as an expert witness on domestic violence, concerned that she had misrepresented her educational credentials in court.

While not providing a reason for leaving, Wigdor said his decision was "by no means a reflection on whether then-Sen. Biden sexually assaulted Ms. Reade," adding that he was among the 55% of Americans who believe her, according to a Harvard CAPS-Harris Poll.

Wigdor, a conservative Republican whose support for President Donald Trump in 2016 did not preclude him from suing prominent Trump allies, had a parting shot for the news media, which he accused of applying a "double standard" to its coverage of accusations against the presumed Democratic nominee.

"Much of what has been written about Ms. Reade is not probative of whether then-Sen. Biden sexually assaulted her, but rather is intended to victim-shame and attack her credibility on unrelated and irrelevant matters," he said. "We have and will continue to represent survivors regardless of their alleged predator's status or politics."

He is leaving as her credibility is coming under scrutiny. On Thursday in California, lawyers who had faced off against her in court began raising questions about the legitimacy of her testimony, and the verdicts that followed, after news reports that Antioch University had disputed her claim of receiving a bachelor's degree from its Seattle campus.

Then known as Alexandra McCabe, Reade testified as a government witness in Monterey County courts for nearly a decade, describing herself as an expert in the dynamics of domestic violence who had counseled hundreds of victims.

The public defender's office in Monterey County has begun scrutinizing cases involving Reade and compiling a list of clients who may have been affected by her testimony, according to Jeremy Dzubay, an assistant public defender in the office.

Roland Soltesz, a criminal defense lawyer, says he believes Reade's testimony made a significant difference in the outcome of the 2018 trial of his client Victoria Ramirez. Ramirez and her co-defendant, Jennifer Vasquez, received life sentences for attempted murder, arson and armed robbery.

"People have been convicted based upon this, and that's wrong," said Soltesz, adding that he "could care less about the politics of this whole thing."

Reade has accused Biden of assaulting her in the Senate complex in 1993, placing his hand under her dress and penetrating her with his fingers. Biden denies her accusation.

Questions about Reade's education background were first reported by CNN.

Reade has told The New York Times that she had obtained her degree through a "protected program" for victims of spousal abuse, which, court records show, she suffered at the hands of her ex-husband in the mid-1990s. That history, she said, caused her to change her name, leading to confusion about her status at the school.

She later received a law degree from Seattle University.

But an Antioch spokeswoman, Karen Hamilton, told the Times that while Reade had attended classes, she was certain Reade had not received a degree.

In her testimony in the 2018 trial, Reade was questioned about her degree by Soltesz. She testified that she received a liberal arts degree, as was stated on her resume provided by the district attorney's office. "The focus was political science," she said, according to a trial transcript.