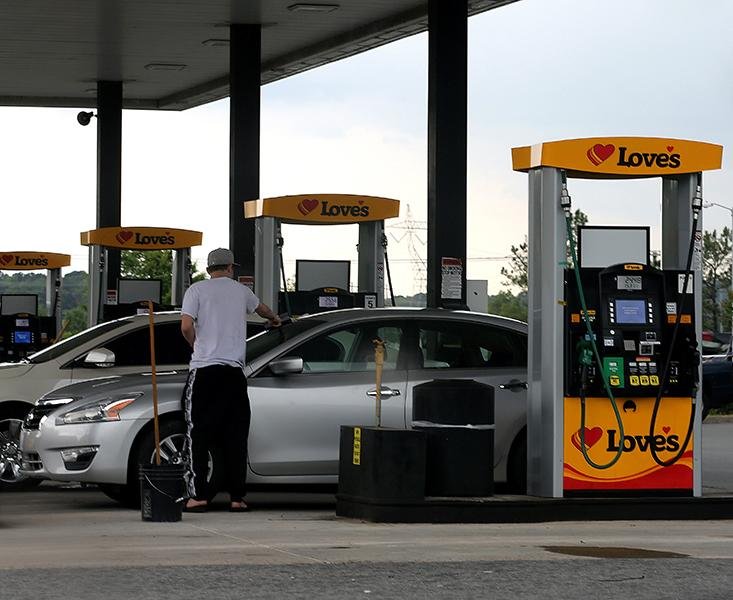 Historically, it's one of the busiest travel weekends of the year.

But not this year.

For the first time in 20 years, AAA didn't even try to predict how many people would travel this Memorial Day weekend.

"The accuracy of the economic data used to create the forecast has been undermined by COVID-19," according to a news release from AAA, which is North America's largest motoring and leisure travel organization.

The previous record low for travel was on Memorial Day weekend 2009, in the wake of another economic recession. About 31 million Americans traveled that weekend, according to AAA. That number includes 26.4 million who traveled by car, 2.1 million by plane and about 2 million by other forms of transportation (train, cruise, etc.).

Since the gravity of the pandemic set in a couple of months ago, air travel has almost ground to a halt.

The U.S. Centers for Disease Control and Prevention has warned passengers about the possibility of contracting the coronavirus when traveling by air.

"Air travel requires spending time in security lines and airport terminals, which can bring you in close contact with other people and frequently touched surfaces," according to cdc.gov.

"Most viruses and other germs do not spread easily on flights because of how air circulates and is filtered on airplanes. However, social distancing is difficult on crowded flights, and you may have to sit near others (within six feet), sometimes for hours. This may increase your risk for exposure to the virus that causes covid-19."

As a result, it appears few people are flying this weekend.

Shane Carter, a spokesman for Bill and Hillary Clinton National Airport/Adams Field in Little Rock, said he had no projections for weekend travel, but the airport had 620 outbound passengers Friday and 419 Thursday. He said travel was slowly increasing. The airport has had a 93% decrease in enplanements, dropping from 88,859 in April 2019 to 5,911 last month.

Kelly Johnson, director of the Northwest Arkansas Regional Airport in Highfill, said the Transportation Security Administration can't get accurate advance numbers from the airlines, so she had no estimates for travel this holiday weekend.

If they go anywhere this weekend, most Arkansans will probably be driving.

Gas prices are low. According to AAA, the national average for a gallon of regular gasoline increased by a nickel to $1.92 this week, but that's still 92 cents less than it was a year ago.

"Despite the increases, the last time the national average was less than $2/gallon heading into a Memorial Day weekend was in 2003," according to AAA.

Gov. Asa Hutchinson has been slowly reopening parks and other places that had been closed since March because of the pandemic, although social distancing guidelines are still in place along with other restrictions and maximum-capacity limitations in some cases.

Restaurants reopened for limited dine-in service on May 11. Cabins, lodges and recreational vehicles were allowed to be rented at state parks beginning May 15. Swimming pools were allowed to open Friday.

Camping in state parks is limited, however, to private recreational vehicles with self-contained bathroom facilities.

"All guests from New York, New Jersey, Connecticut, the city of New Orleans and all international locations are advised to self-quarantine by the Arkansas Department of Health," according to arkansasstateparks.com.

State Parks Director Grady Spann said he expects more than 100,000 people to visit state parks over the holiday weekend, depending on the weather.

He said the occupancy numbers/reservations over the holiday weekend are 54% for the lodges (Mt. Magazine, Queen Wilhelmina and Petit Jean), 75% to 56% for cabins and 65% for RV camping.

And many people will come to state parks just for day use.

"If you have loved parks for years or have just recently discovered parks, welcome, you belong in parks," Spann said. "It is important to recreate responsibly with leave no trace principles so that all guests can enjoy the wonderful and special places that Arkansas State Parks have to offer."

Melissa Whitfield, a spokeswoman for the Arkansas Department of Heritage, said Crater of Diamonds State Park in Murfreesboro reopened Friday.

"So far, 994 tickets have been sold extending out to Sept. 15," Whitfield said in an email.

"We are the only diamond mine in the world where you get to keep what you find and the lifetime memories our visitors make searching for a diamond are important to us," Spann said in a news release Thursday.

Even when people are outdoors, Whitfield said, they should practice social distancing and wear masks when they can't maintain a proper distance. Generally, 6 feet is the recommended distance.

The Buffalo National River reopened for day use -- including floating and hiking -- on May 15. Overnight stays are still not allowed in the national park.

All 30 rooms available at the lodge were booked for the weekend, he said. Another 66 rooms are undergoing renovation.

"I think we would have been able to sell all 96," Sindelar said. "It's a holiday weekend. People want to get out and kick off the summer this weekend anyway. But they've been cooped up for many, many weeks. They're ready to get out."

The lodge is situated on an island off the north shore of DeGray Lake in Hot Spring County.

As Sindelar spoke around noon Friday, he said the park already was busy despite a litany of protocols designed to encourage people to social distance to limit the spread of the virus.

"I'm already seeing a lot of traffic in the park," he said. "Customers are already showing up to the lodge to check into their rooms. It's going to be good. I think customers are optimistic."

Information for this article was contributed by Noel Oman of the Arkansas Democrat-Gazette.