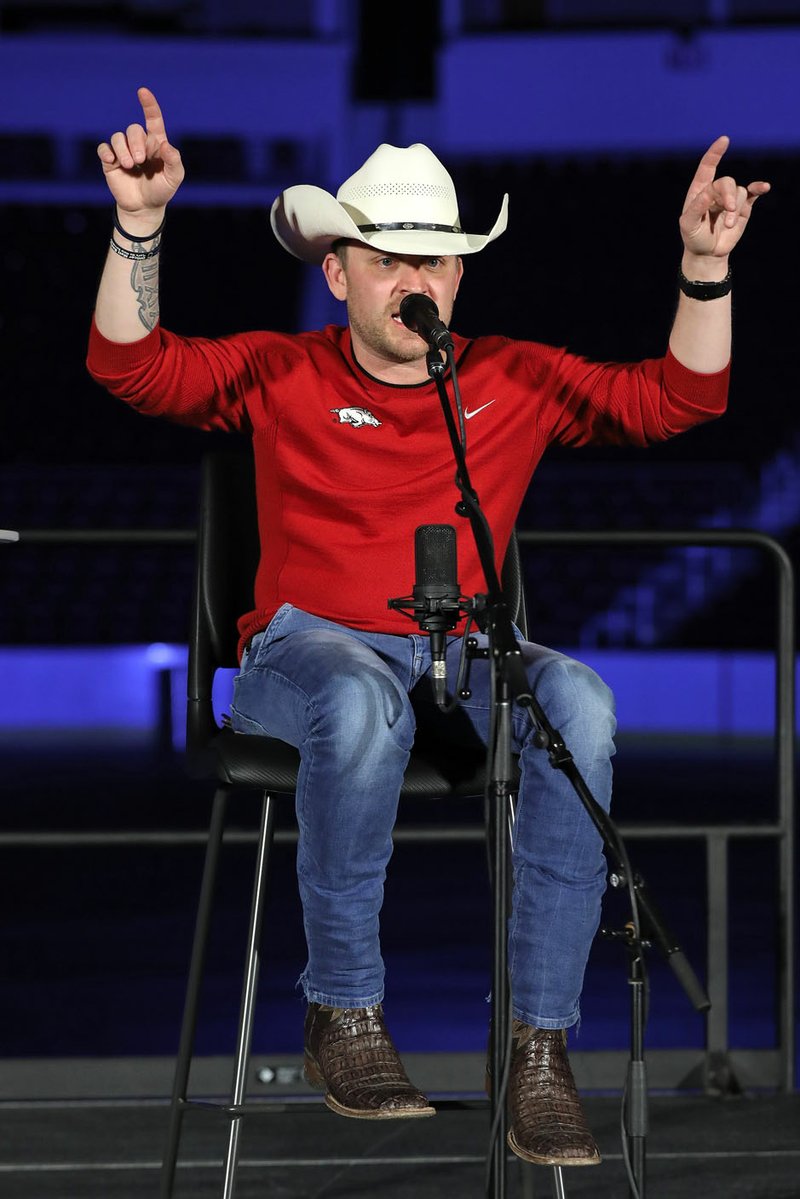 Justin Moore has a new podcast and a new hit single. (File Photo)

The biggest country music star still living in Arkansas is on his way to becoming even bigger with news that his new podcast that launched May 19.

Moore, the pride of Poyen, who turned 36 on March 30, has launched "The Justin Moore Podcast" with his tour manager, J.R., also known as "The Handler." There will be 15 episodes for the first season, with new episodes debuting every Tuesday.

Highlights to listen for include Moore announcing a new live recording from the Ryman Auditorium, talking about his home projects, his Mother's Day gift for wife Kate and more. Of course, there will be music.

"The first episode covers a variety of topics ranging from Dwight Yoakam to gardening and honey-do projects; the new life of Meet & Greets to Michael Jordan and sneakers; a chicken coup and 'Rebel' the rooster to the mental affects of covid-19; a new live record from the Ryman to recording his next record from his couch and a surprise duet," a news release says.

The podcast is available free and can be found at https://justinmoore.lnk.to/PodcastPR.

Moore has a new single climbing the country music charts titled "Why We Drink," and before that "The Ones That Didn't Make It Back Home" was Moore's eighth No. 1 hit.

His current single "Why We Drink" is Top 15-and-climbing. It follows his eighth No. 1 hit "The Ones That Didn't Make It Back Home," a song nominated for a 2020 iHeart Country Song of the Year Award, on The Valory Music Co.

Moore once lived in Nashville, Tenn., but decided he could have the same career living with his family on the land he grew up on, so he moved them back to Arkansas.