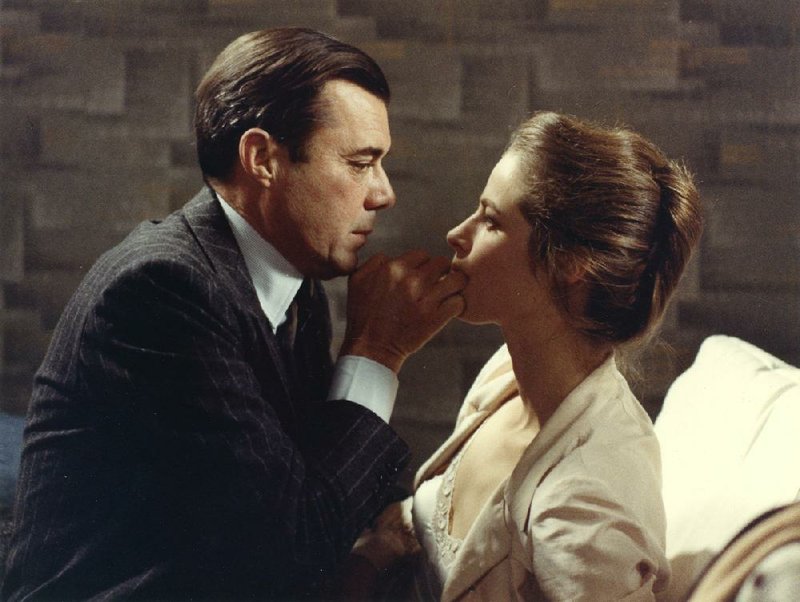 Dirk Bogarde and Charlotte Rampling star in 1974’s The Night Porter, a movie that retains a capacity to shock (if not completely engage) nearly 50 years on.

Shut in as we are for the foreseeable future, there will likely never be a better time to hit some of the outstanding streaming possibilities at our fingertips, and fortunately enough, there has never been more available from which to choose.

1 There Will Be Blood (2007): The marriage of early 20th-century novelist Upton Sinclair, known for his grinding prose and searing melodrama, and filmmaker P.T. Anderson, whose singular American vision has taken him from the porn industry (Boogie Nights) to a dissection of cultish religions (The Master), might seem slightly odd, but shortly into the film (the first 17 minutes or so, sans dialogue) you see how the connection works. Daniel Plainview (Daniel Day-Lewis) is a rough-hewn, self-made man, who goes from digging his own small wells by hand alone in the desert, to a sprawling empire of concerns, spread all over the southwest. Naturally, in the process of acquiring drilling rights, he has to fool the simple-minded landowners, putting on a show of being a good family man, concerned with the community upon which he is pillaging. He has more than a bit of showmanship to his rhetoric, neatly matched by his nemesis, Eli Sunday (Paul Dano), a young local preacher who forces Plainview to "accept" the Lord in exchange for lucrative property rights. Sunday and Plainview, charlatans to the core, understand each other all too well, despite the obvious differences (at one point, Plainview states his personal philosophy: "I want to earn enough money so I can get away from everyone"). Sinclair, who never missed an opportunity to sideswipe his myopic characters, is all over this screenplay, but it is Anderson's storytelling -- and Day-Lewis' tremendous performance -- that truly powers this vehicle. Plainview rarely raises his voice, at least until the explosive climax, but you never mistake his self-control for anything but barely concealed fury.

2 The Night Porter (1974): With a tagline like "The most controversial movie of our time!", Liliana Cavani's drama certainly does its best to earn its boast. Set in mid-'50s Vienna, the film concerns Max (Dirk Bogarde), a former SS officer hiding out with a pack of his old comrades and working at a high-end hotel, as he by chance meets up with his former prisoner and lover, Lucia (Charlotte Rampling), a woman who seemingly is willing to give up absolutely everything in order to resume their sadio-masochistic shenanigans. The two end up holed up in Max's apartment, afraid to go outside for fear of retribution from Max's former friends, who are all desperate to stay hidden -- even though one of these gentlemen, Klaus (Philippe Leroy), actually wears a monocle and a long trench coat that couldn't make him look more like a Nazi than if he were wearing a swastika sash. The couple remain slowly starving to death, as they continue their sexual odyssey of violence, broken glass, and emotional confusion. You can certainly understand what Cavani hopes to get out of this, but, besides the obvious difficult subject matter, something feels off from the start. The sound, for one thing, at least on the print I watched, was murky and indistinct, and had the unfortunate aspect of making the film feel dubbed (it's not, but it is inexplicably in English), and many of the flashback scenes of their past feel less than convincing. The real problem, however, is the film's central conceit, that a woman beaten, tortured, and sexually abused by her captor, would not only want to get back together with him, but throw away everything else in her life to do so. You can understand the connection between extreme abuse and the destruction of psyche, but to set up such a situation between Holocaust survivor and a Nazi officer can't help but suggest an absolution for the SS. It also puts its two lead actors in a nearly impossible emotional cauldron, leaving them with no real place to go. At its worst, we're forced to watch two characters whom we both loathe, go about their self-destructing business for the sake of controversial spectacle.

3 Cold War (2018): First and foremost, Pawel Pawlikowski's black and white film is a stunning visual treat. Utilizing the brilliant cinematography of Lukasz Zal (his DP for Ida), whose compositions are so buttery you want to consume them like sustenance, the director creates an atmosphere of near-religious beauty, even as the story plays out in much messier climes. We begin in 1949, as a pair of musicians travel the countryside, recording regional folk music in small villages in order to produce a traveling revue promoting this unheralded bit of Polish culture. In recruiting the singers and dancers for the show, one of the musicians, Wiktor (Tomasz Kot) becomes entranced by Zula (Joanna Kulig), one of the candidates, who has an energy he likes and a murky backstory -- she stabbed her father for making advances on her and served time in prison -- that makes her further irresistible. The pair soon fall deeply in love, as the revue turns out to be a raging success -- so successful, in fact, high-ranking government politicos want to include some numbers that openly cheer for their communist leaders ("wonderful Stalin!"), a suggestion that the revue's manager, Kaczmarek (Boris Szyc), a toady sort, instantly accepts. Fed up with his country and wanting to leave for a better life with Zula, Wiktor suggests they defect in Berlin together, but Zula stands him up in front of the gate so he goes without her. Thus begins an arduous five year effort for the two of them to reconnect, which they finally do in Paris, but Zula's impulsive recklessness causes the couple to once again be separated, until Wiktor makes an enormous sacrifice to see her again. One could certainly compare it, in some ways, to Jean-Jacques Beineix's Betty Blue -- another film about an impulsive woman who causes her lover intense anguish -- but this isn't a film where one sane partner suffers from the madness of another. The pair might not be perfectly matched ("In Poland, you were a man. You're different here," she drunkenly announces to him in Paris), but they are, in their own ways, equally besotted, and, therefore, doomed. But the film is far from just the misery of its protagonists, the soundtrack -- equal parts jazz, folk, and torch singers (with an unexpected blast of "Rock Around the Clock" thrown in for good measure), suggests some of the fertile, eclectic music scene as the world grew older. I can't say it's uplifting, but its luminescent beauty and verve keeps it from sinking into tragic dirge.

4 Runaway Train (1985): At times, it's as if Cassavetes had made an action film. Veteran Russian director Andrey Konchalovsky's mad rush of a movie about a pair of convicts who break out of prison in the remote Alaskan wilderness and hop a train to escape, only to find the engineer has died of a heart attack, leaving them on a speeding,out-of-control death trap, is as much grime as it is action fantasia: Rooted in its core, it's a naturalistic attempt at making a Hollywood-style barn burner. Shot partially on location in Alaska and Montana, it has the grim, spare quality of a much more somber film than the story offers. Manny and Buck (Jon Voight and Eric Roberts, respectively, both nominated for an Oscar) steal onto the train mainly in order to escape the sadistic clutches of the prison warden, Ranken (John P. Ryan), who follows them via helicopter very nearly to the ends of the Earth. By the time the train has torn away from any semblance of control, the boys come to discover there's another person stuck on board, a female employee named Sara (Rebecca De Mornay), who serves as a buffer between the boys when things get rough. Voight, with a set of fake teeth that make him look like a British coal miner, and a mad ferocity ("I'm at war with the world; and everyone on it!"), plays Manny with a combination of combustibility and hardscrabble wisdom; Roberts, then a hard-charging 30-year-old, is like a wild horse finally let out of a paddock, all flourishes, yelps, and wide-eyed mania (much as his character in The Pope of Greenwich Village, he held a special affinity for reckless man-children). The two of them chew up every scene they're in like rabid wolves. Still, the film's grounding in its grimness -- the prison, with inmates raving at the warden and raining on his head with burning trash, is appropriately filthy and revolting; the Alaskan landscape in the deep throes of winter is as pitiless as Siberia -- gives it more than a little punch. To see the train hurtling down the track as the snow whips past it, the wreckage of an earlier collision stuck in front like the threads of gristle on the shark's teeth in Jaws, is to feel the freezing cold rush of anarchic freedom.

5 The Florida Project (2017): Sean Baker's follow-up to the hugely successful Tangerine offers an abundance of wonders, from the performances he gets from the young children in the cast, to the backdrop of the Disney Strip's seedy underbelly. The film -- "follows" is too strong a word, so we'll go with "hangs-out" -- with a swath of residents who live in a pair of geographically close motels with equally grandiose names ("The Magic Kingdom," "The Wishing Star"). As parents smoke, and drink, and work their dead-end gigs, their children run largely unhindered over the area, turning the squalid tourist-trap businesses that dot the avenue into their own, sprawling playground. It seems like a screwy paradise for them, at first, but things slowly descend into darker depths, especially between a young mother (Bria Vinaite) and her 7-year-old daughter, Moonee (Brooklynn Prince). Presided over with gallant concern by a caring building manager (Willem Dafoe, who is brilliant), the kids enjoy a certain amount of protection, but alas, they are still subject to their irresponsible parents' worst impulses.