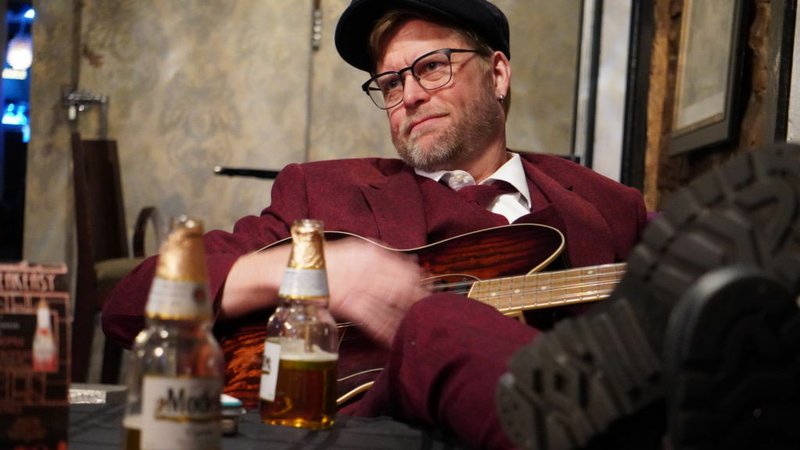 Like so many musicians, Wolf Loescher is figuring out how to share his music online. He also has a new CD available titled "Sheep's Clothing." (Courtesy Photo)

Since the pandemic shut down live music, performers trying to make it without gigs have been reaching out to each other and to friends in the media to pitch their projects. Wolf Loescher lives in Longmont, Colo., northwest of Denver, but he knows Beth Patterson, a New Orleans musician who has played several times in Northwest Arkansas. And she knows me. I was happy to ask Loescher a few questions about his new CD, which is available on his website at https://wololoco.com/ and pretty much anywhere else music is sold.

Q. What inspired you to make music in the first place -- like what is your first memory of music and/or wanting to make it?

Watch “Wednesday With Wolf” on his performer Facebook page at 9 p.m. Wednesdays.

Buy his music at iTunes, Amazon, Google Play, Spotify or wherever streaming music is sold.

A. My older sister and brother were both in marching and symphonic band, so my family would always go to the football game half-time shows and concerts. It was always assumed that I would follow their footsteps in sixth grade, but I wasn't sure what instrument I wanted to play. Then, at one of the symphonic concerts, I noticed these cool, long-haired guys hanging out in the back, lounging about, and occasionally getting up and whacking on something. That's what I recall was my first inspiration to play drums and percussion.

Q. When and how did you turn professional?

A. I consider myself semi-professional, because I only make enough to cover my expenses. With a wife and two kids, I never chose to try and make my full living as a musician. However, I've continued to grow from just being the drummer to being a singer and guitar player, to producing albums and fronting the band. With my new album, "Sheep's Clothing," I took the opportunity to shepherd (heh!) the project all the way through from pre-production to release, and I have taken great satisfaction every step of the way.

Q. How would you describe your music?

A. I struggle with that a bit, because my music comes from three distinct Venn diagram circles: Scottish folk, sea songs and modern singer-songwriter. The best I've been able to come up with so far is "fiery modern folk" or "Americelticana."

Q. What would a normal month look like in your life as far as gigs, recording, etc.? And what has covid-19 done to your schedule?

A. I was working pretty consistently on the album up to release, probably 20-plus hours a week from June through February. Now that it's out, I was planning on playing three or four house concerts a month. In adapting to the Coronapocalypse, I started a "Wednesday with Wolf" weekly live stream (8 p.m. Mountain; 9 p.m. Central) on my performer Facebook page, and I later added a nightly "8 O'Clock Howl" livestream on my personal Facebook page.

It grew out of a daily "go outside and howl at 8 p.m. to support healthcare and other essential workers" movement that started in Denver. I just happened to be outside at 8 one evening and heard the howling and wondered why our small town neighborhood was suddenly overrun by wolves! This daily (except Sundays), low-pressure livestream has allowed me to connect with a core group of friends and fans and just hang out and try out new material in a friendly setting (while having an adult beverage). It's become a great way to check in with people, take requests for new material, and expand my solo repertoire up to 60-plus songs. I started doing it on April 9, so I have a streak of 36 daily performances going now. And people are very appreciative of the regularity of the event; it gives them something to look forward to every night. 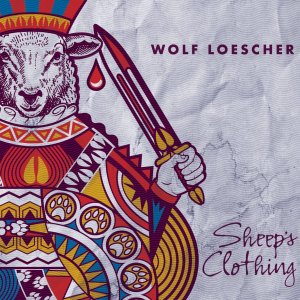