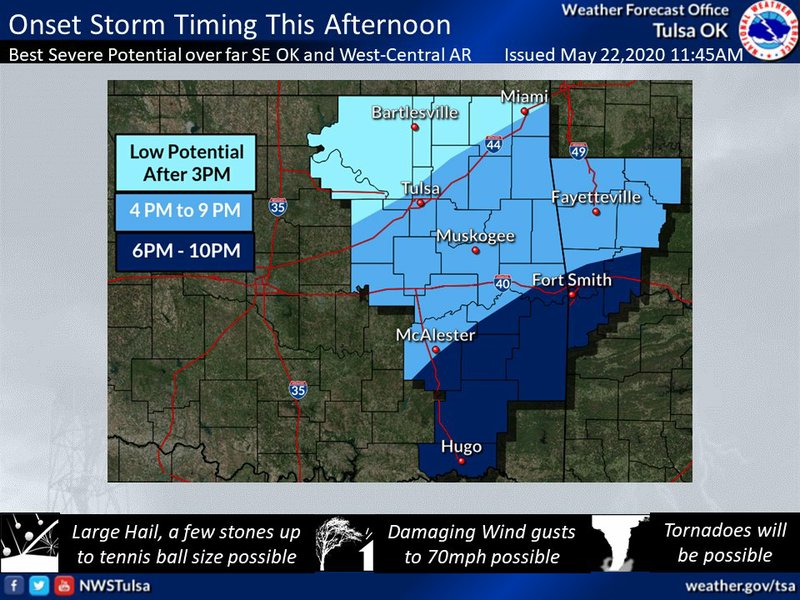 1:39 p.m. UPDATE: Most of Northwest Arkansas will likely see general thunderstorms with heavy rainfall Friday afternoon and evening, though areas south and east are at risk of severe weather, according to the National Weather Service. 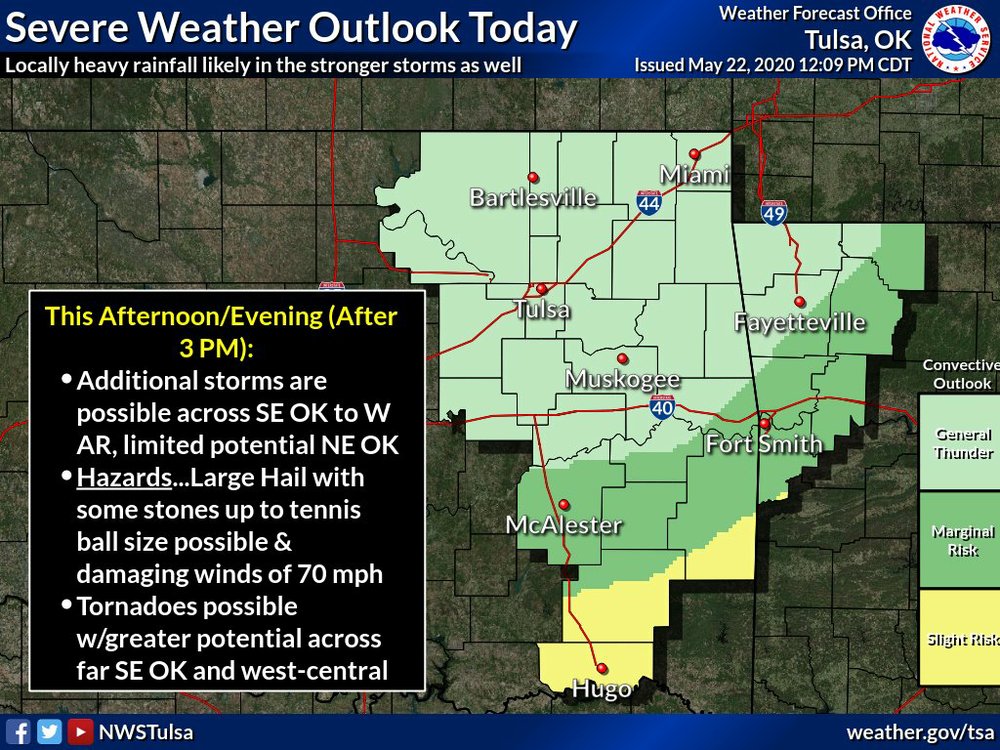 The region is at slight risk of seeing winds up to 70 mph and hail as large as tennis balls between 4 p.m. and 9 p.m., according to the National Weather Service.

West central Arkansas near Fort Smith is at greater risk of tornadoes than the northwest part of the state, according to the service's site.

A high temperature of 78 degrees Friday and a low of 65 Friday night are predicted, according to the service.

This story was originally published at 9:30 a.m.