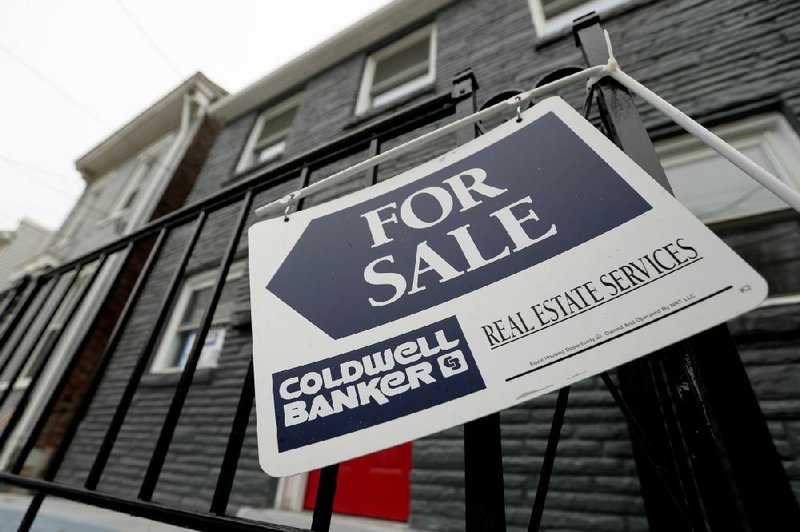 U.S. sales of previously owned homes fell in April by the most since mid-2010 as the coronavirus hollowed out demand across the country at the start of the key spring selling season.

Closing transactions declined 17.8% from the previous month, the biggest drop since a 22.5% fall in July 2010 after the expiration of a homebuyer tax credit, to an annualized pace of 4.33 million, according to data from the National Association of Realtors. The April rate was the slowest since September 2011 and compares with the Bloomberg survey median of 4.22 million rate.

The pandemic has undercut demand in many markets, as tens of millions of Americans lost their jobs in the past few months and remain generally uncertain about future economic conditions. Despite mortgage rates near record lows, the outbreak put a freeze on showings and open houses as people stay home.

Existing-home sales slumped in all U.S. regions in April, led by a 25% drop in the West from a month earlier. Contract closings also fell 17.9% in the South, 12% in the Midwest and 16.9% in the Northeast.

Existing-home sales account for about 90% of U.S. housing and are calculated when a contract closes. New-home sales, which make up the remainder, are based on contract signings and will be released Tuesday.

"The economic lockdowns -- occurring from mid-March through April in most states -- have temporarily disrupted home sales," Lawrence Yun, the associations's chief economist, said in a statement. "But the listings that are on the market are still attracting buyers and boosting home prices."

So far, prices have held up. Inventory was tight before the pandemic and with homeowners reluctant to move because of health and employment risks, the buyers who have started returning to the market are facing bidding wars in some markets.

The median home price increased 7.4% from a year earlier to $286,800. Inventory was down 19.7% last month from a year ago to 1.47 million units, the lowest on record for any April. The number of homes for sale would last 4.1 months at the current sales pace. Anything below five months is seen as a tight market.

Meantime, the residential real estate market may be starting to stabilize. May data from the National Association of Homebuilders and Wells Fargo showed builder sentiment improved after falling in April by the most in records back to 1985. The housing market had picked up last year and early this year after a lackluster 2018.

Mortgage rates fell to near historic lows this week as concerns about the long-term effects of the coronavirus pandemic on the U.S. economy mounted.

Freddie Mac, the federally chartered mortgage investor, aggregates rates from 125 lenders across the country to come up with national average mortgage rates. It uses rates for borrowers with flawless credit scores. These rates are not available to every borrower.

"Mortgage rates fell to new lows this week, as broad market uncertainty continues to keep downward pressure on rates," said Matthew Speakman, a Zillow economist. "Even as the stock market has improved in recent weeks -- normally prompting an upward move in mortgage rates -- the still-uncertain outlook for the economy and seemingly low risk of inflation has kept bond yields in check, with mortgage rates following suit."

Bankrate.com, which puts out a weekly mortgage rate trend index, found nearly all of the experts it surveyed expect rates to remain about the same in the coming week.

Mortgage applications dropped off last week even as purchase activity continued to pick up. According to the latest data from the Mortgage Bankers Association, the market composite index -- a measure of total loan application volume -- decreased 2.6% from a week earlier. The purchase index moved higher for the fifth week in a row, rising 6%, and was less than 2% lower than it was a year ago. The refinance share of mortgage activity accounted for 64.3% of applications.

Information for this article was contributed by Katia Dmitrieva of Bloomberg News; by Martin Crutsinger of The Associated Press; and by Kathy Orton of The Washington Post.

Print Headline: April's existing-home sales decline by most in a decade