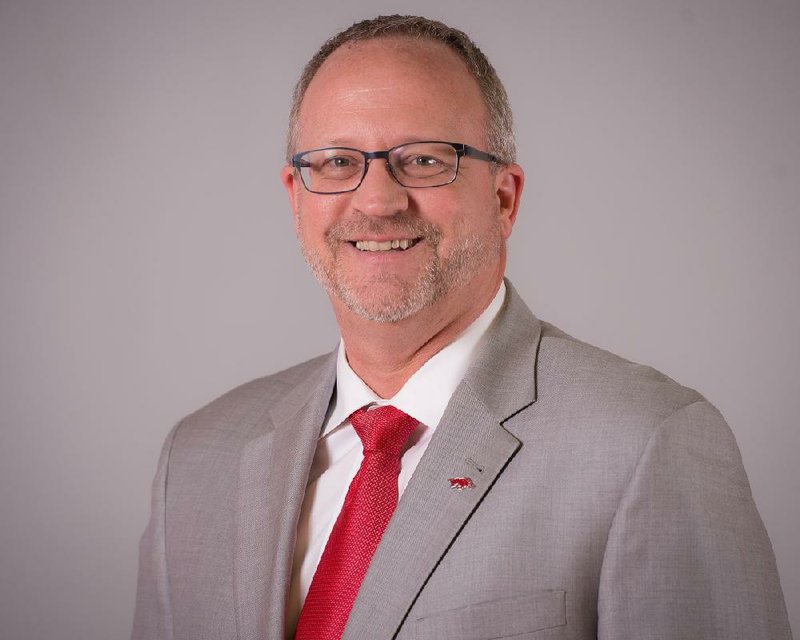 Then the women's coach at Washington, Neighbors was aboard the Huskies' team bus en route to KeyArena in Seattle for the team's matchup with Oregon in the Pac-12 Tournament. Later that day, Oregon defeated Washington 70-69.

The third in a series detailing the back story on the hiring of Arkansas head coaches.

"It's always been the dream job," Neighbors said of the University of Arkansas. "You hear it's open, and you're trying to focus on the game you're getting ready to play. We got beat that night, and now you've got 10 days between then and the [NCAA Tournament] selection show.

"So it was under consideration for a couple of weeks there."

Language in Neighbors' contract required him to inform Washington's school administration if he spoke with another program about a coaching position. He was upfront with Washington higher-ups.

He greatly appreciated her handling of the situation. There was no back and forth between the two sides, Neighbors said, until Washington lost.

"She was awesome," he said. "She said, 'I know you've got bigger things to do. Let's pay attention to what's going on here, and when the appropriate time comes, hey, you give me a call.' That was it.

"It made me feel very comfortable that you could go focus on your current team and not be worried about having to apply for another job while you were on your current job. That was really important. The fact that they did that, it was huge."

With a 27-5 record, Washington earned a No. 3 seed in the 2017 NCAA Tournament and won its first two games at home, beating Montana State and Oklahoma handily. Mississippi State was up next in the Sweet Sixteen in Oklahoma City.

Once Neighbors and his staff finalized the game plan for the Bulldogs, he told his team -- which advanced to the Final Four the previous season -- to pack four sets of clothes for the trip. His plan was to travel to Oklahoma City, win and continue south to Dallas, site of the Final Four.

He reached out to Cromer Peoples, telling her they at least needed to talk after Washington's time in Oklahoma was complete.

"I packed a bag knowing I was going to have an opportunity probably -- hopefully -- to talk to those guys," said Neighbors, a 1993 Arkansas graduate and Greenwood native. "So we come over, lose to Mississippi State. It was Saturday when we got beat, and we finished up with what we needed to do with our current team.

"They started heading back, and some of my family drove me over [to Fayetteville] and we met with [Arkansas] on Sunday."

Neighbors kept things close to the vest with those in his orbit despite a steady stream of inquiries regarding whether he was going to take the Arkansas job.

Boyd Shelton, who coached at Bentonville High School from 1984-98, was one of the few people Neighbors communicated with in that period of time. In 1993-94, Neighbors got his coaching start as an assistant under Shelton with the Tigers boys basketball team.

Shelton, now retired and living in Jonesboro, knew Neighbors was passionate about the game and owned an innate ability to relate to people from all walks of life. He said it was also obvious that landing the Arkansas job was Neighbors' mission.

"He wanted to come to Arkansas for many reasons," Shelton added. "You've got family members there, that's where he graduated, and he started right down the road with us. We talked about him possibly coming to Arkansas.

"I just encouraged him to keep hanging in there and eventually it would happen. And it did."

The week after Washington's season ended, Neighbors traveled to the Final Four. He soon departed, flying from Dallas to Seattle, where he met with his team to break the news: He was leaving for Arkansas.

On April 3, 2017, he was announced as the ninth women's basketball coach at his alma mater. Arkansas has won 59 games in his first three seasons and was bound for the NCAA Tournament for the first time in five years this season before the season was cut short.

"The timing [was right] with family and friends; my daughter, Abby, was already in school here," he said. "My son, Alec, was getting ready to start high school; my parents are getting a little bit older.

"I wanted to get started so fast. I wanted to start from the time I walked out of Bud Walton Arena after we met with the committee on that Sunday."

Neighbors recalls that his introductory news conference in the Basketball Performance Center on April 4, 2017, was a bit of a show. If he had had it his way, it would have been a small, simple gathering around a single microphone. But he was convinced after talking with Long and Cromer Peoples that the program needed a jolt of energy.

With his grandfather's red Razorbacks hat in one hand and a book signed by Frank Broyles in the other, Neighbors spoke to a crowd that included administration, fans, his mother, aunts and uncles, high school teammates and college roommates.

For Shelton, it was a precious moment seeing his one-time assistant coach achieve a long-sought dream.

"I knew it would take Mike a few years to develop that program into being competitive in the SEC, because the SEC is such a strong conference," Shelton said. "I also thought given time that he would do that because Mike was a great recruiter because parents believe him. He's believable. He's real." 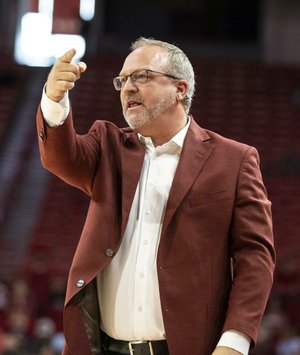 Mike Neighbors has led Arkansas to 59 victories in his first three seasons as the Razorbacks’ women’s coach. (NWA Democrat-Gazette/David Beach)