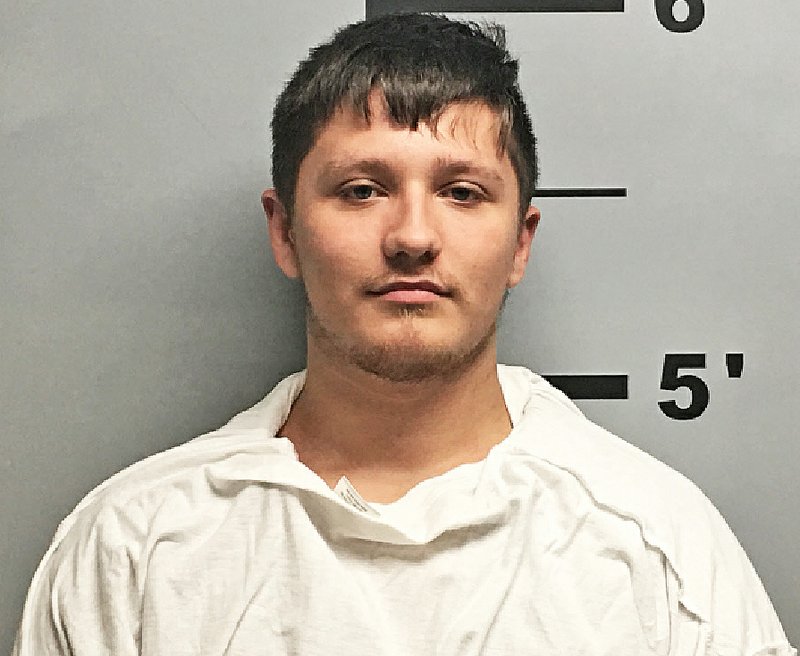 BENTONVILLE -- A Rogers man is being held on $250,000 bond in the Benton County Jail after his arrest in connection with a drive-by shooting.

Jordan Lucas Rosendo Leos, 21, was being held Tuesday in the Benton County Jail. He was arrested in connection with attempted capital murder, terroristic act, possession of firearms by certain persons and discharge of a firearm from a car. Prosecutors haven't filed any formal charges against him.

Sexton told the judge Leos has been convicted of three prior failures to appear.

Bentonville police went at 7:13 p.m. April 24 to 1405 Camellia Drive concerning shots being fired. Police learned someone had fired multiple rounds and hit a residence, according to the affidavit.

Noah Johnson and David Kort said they were in the kitchen when the shots were fired. Kort told police he heard five to seven shots, according to the affidavit.

Johnson told police he had been feuding with Leos through text messages and believed Leos was the person responsible for the shooting, according to the affidavit.

James Burgess, Johnson's brother, told police Leos called him via FaceTime and threatened to kill his brother, according to the affidavit.

Leos' arraignment is scheduled for 8 a.m. June 22 in Karren's courtroom.