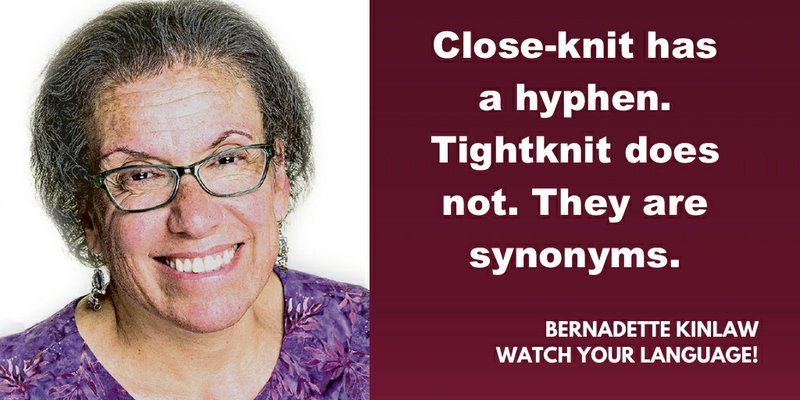 Time again for me to dig into the reader mailbag, which these days is called the email inbox, I guess.

One reader asked about the origin of "highfalutin." It means pretentious or pompous. What I love about this word is that before I finally looked it up in the dictionary (because I was going to use it in a column), I thought it was highfalutin', with the apostrophe. But I shy away from words like cookin' and workin', so I was happy to learn it had no "g" and therefore needed no apostrophe.

Merriam-Webster says the word might have come from "high," in the sense of upper class or noble, and "fluting," because the sound of a flute is said to be "refined." Given the choice, I would have gone with the sound of an oboe. Though highoboein doesn't sound quite the same.

A reader reminded me that many people add the word "up" to phrases when they don't have to.

English has many verb phrases in which "up" is needed.

If something makes me laugh, I might say I cracked up. Cracking without up might be a painful experience. Maybe a good skin lotion would help.

When you decide to quit, you give up. If you give, you do something different.

When you make up your face, you use cosmetics. When you kiss and make up, you end your disagreement.

When you kiss up to your boss, you do more than kiss. You flatter and fawn. You even suck up.

When you blow up something, the explosion sense needs that "up."

But other verbs don't need the "up" tied to them.

To hoist is to raise or lift. You need not say, "I hoisted up the flag."

When people are feeling grouchy, tempers flare. They need not flare up, and they're unlikely to flare down.

To hurry is to go faster. You wouldn't hurry down. And you need not say, "hurry up."

Do you need to raise up the window shade? Or raise it?

The game was tied up. Was it also tied?

The word "down" suffers from a similar malady. It sometimes is used too often.

You would back down from a conflict. You wouldn't back.

You turn down the volume if something is too loud. You don't merely turn.

When you mark down prices, you make them lower. You don't simply mark them.

I'm not sure we need "kneel down." I don't believe I have ever kneeled up.

A reader asked me to clarify the difference between verbal and oral.

DO YOU HAVE BEEF WITH ME?

I saw a post on social media that said something like, "If a vegan has a complaint, is it still called a beef?"

I thought that was funny. I also realized I didn't know where this "beef" phrase came from.

I found a few theories online. One source says the phrase came about in America's Western expansion days, when sheep and cattle ranchers battled over grazing land. The sheep people apparently would say they had a beef with the beef people.

Another source said it was a brief way to say the disagreement might turn into a "beefy muscular conflict."

I will confess, neither theory sounds plausible to me. Still, they're both possible.

I've been reading that some areas in the United States are experiencing beef shortages. Would this mean fewer beefs or more beefs between people?

Here's yet another random note about hyphens. Close-knit has a hyphen. Tightknit does not. They are synonyms.

Do we need to say that someone is a newly minted homeowner or parent or mayor? Why not just say new or recent or something else short?

And why do we hear "the first-ever hole-in-one for Roger"? If it's his first-ever, it's also his first.

I do talk to myself at times. "Should I cook that chicken today?" "Ooh, is Columbo on?" Then, I quickly mock myself. Am I in negotiations with me? Will I argue back that I am tired of chicken? If I answered myself, I would mock myself more. Still, I find it funny when people use this phrase when telling a story: "So I thought to myself ..."

Who else would or could you think to? Unless you have electrodes stuck on your head, you're the only one who can hear you think. (Joke. Please don't take that literally.)

Print Headline: Got beef? You know what's up?