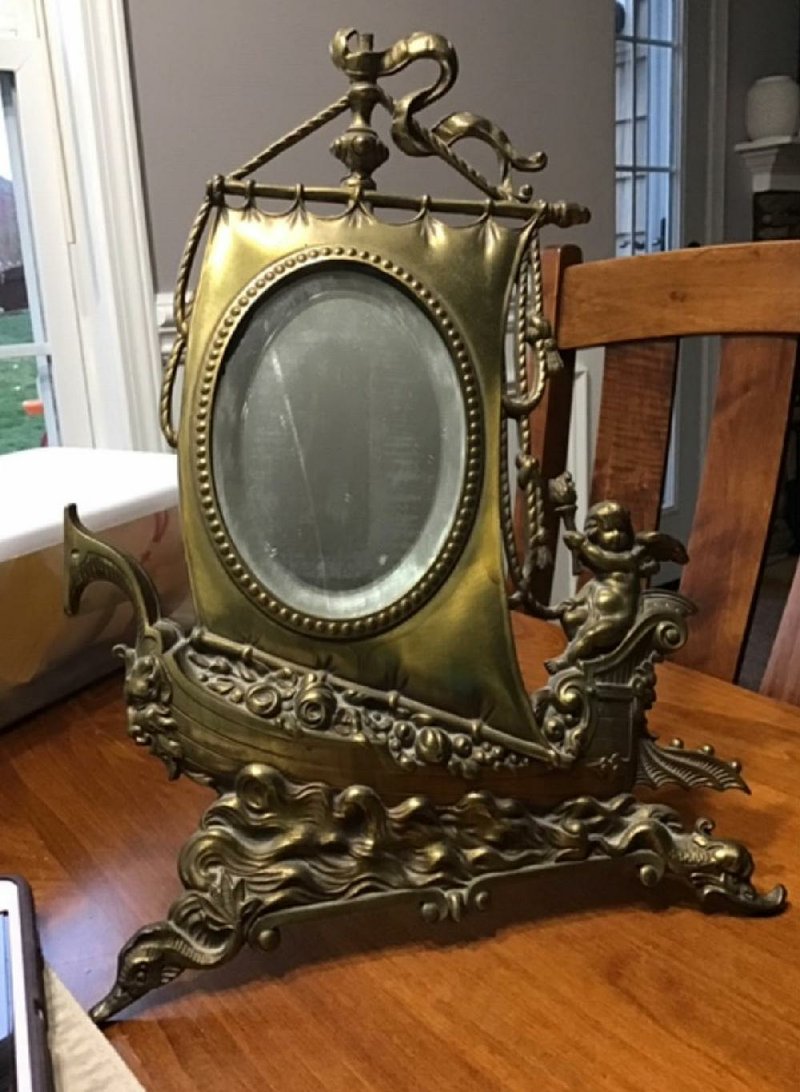 This exuberant and uncommon piece — “Meriden Quadruple Silver Plate” — was likely intended to be a picture frame. (TNS)

DEAR HELAINE AND JOE: I am wondering if you can help me identify this piece. It is marked "Meriden Quadruple Silver Plate" on the back. I would like to know the approximate age and anything else you can tell me. I have searched the internet and have not found anything like it.

DEAR L.D.: The internet has become our go-to place for finding answers about everything from the state of our health to how to make a fancy dish. But the internet can be very difficult when it comes to finding reliable data, and we get many, many letters and emails from frustrated users.

There are many times when we are frustrated ourselves, but this time we do have some information we hope is helpful. First of all, a number of companies were making silver-plated items with the word "Meriden" in their name. They were all in Meriden, Conn. -- one of the centers of American metalwork in the 19th and 20th centuries.

The most famous is probably the Meriden Britannia Co. (established in 1852), but there was also the Meriden Cutlery Co. (1834), the Meriden Sterling Co. (1896), and the firm that made the piece in today's question: the Meriden Silver Plate Co. It was established by Charles Casper and others in 1869 and became part of the International Silver Co. in 1898.

As a general rule, most silver-plated items are not highly regarded in the current marketplace and do not sell well. Among the exceptions are elaborate figural pieces such as lighthouse-shaped cocktail shakers (one by Meriden Silver Plate Co. shaped something like a skyscraper with a bakelite knob reportedly sold at auction for $22,000!), humidors with hunting dogs, ink wells in the form of elephant heads, large elaborate trays, intricate picture frames and mirrors, tilt cradle water pitchers, centerpieces and bride's baskets containing exceptional pieces of art glass.

We think L.D.'s piece, with its representation of a sailing ship plowing its way through foaming waves, banner flying from the mast, a stylized horse head figurehead and a putto (aka "cupid") as the ship's pilot is exuberant, charming and rather uncommon. It could be one of two things -- a man's whimsical shaving mirror or a picture frame. Looking at the back, we believe this was intended to be a picture frame.

There are elements of the late Victorian aesthetic movement on the back of the easel type stand, and we would date the piece to circa 1885. There appears to be no silver plating left, which is a deduction, but the metal's surface is not unsightly. Value for insurance purposes is in the $600 to $800 range.

Helaine Fendelman and Joe Rosson have written a number of books on antiques. Do you have an item you'd like to know more about? Contact them at Joe Rosson, 2504 Seymour Ave., Knoxville, TN 37917, or email them at [email protected] If you'd like your question to be considered for their column, please include a focused, high-resolution photo of the subject with your inquiry.