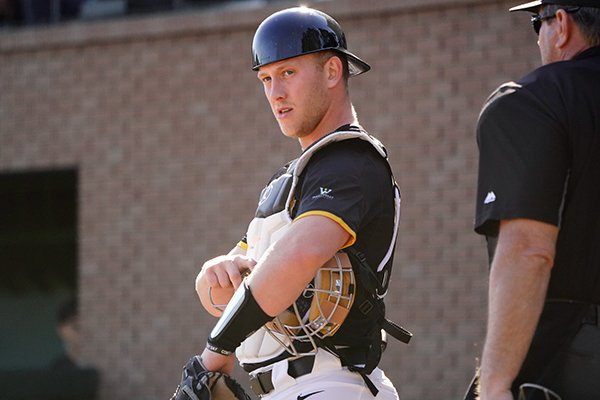 FAYETTEVILLE -- Graduate-transfer catcher Robert Emery has signed a letter of intent to play baseball at the University of Arkansas in 2021.

Emery, 6-0, 215 pounds, spent the past four seasons at the University of San Francisco in his hometown after playing for Dartmouth as a freshman. He earned a sixth season of eligibility when the NCAA restored a blanket year of eligibility to baseball players whose 2020 season was cut short by the coronavirus pandemic. He will be immediately eligible at Arkansas.

Emery grew up around the San Francisco program. In 2010, Arkansas pitching coach Matt Hobbs was the Dons' head coach. Hobbs recruited Emery this year when he entered the NCAA's transfer portal.

"I didn't know him well, but I knew him a little bit because he had coached at the University of San Francisco when I was there around the program in [junior] high school," Emery said of Hobbs. "I knew his reputation, and I knew Arkansas has an amazing reputation for developing players, facilities -- across the board having a culture as a winning program. It was something I was really interested in from that first phone call."

Emery led San Francisco with a .381 batting average before this season was cut short. His abbreviated season included a two-home run game against California on March 6, and he finished the year with four doubles and nine RBI.

Defensively, Emery threw out three base runners in eight stolen-base attempts in 2020, and had a perfect fielding percentage the past two seasons.

He was second-team All-Ivy League in 2016 as a freshman at Dartmouth with a .275 batting average and 18 RBI. He redshirted his first season at San Francisco and started nine games as a backup in 2018.

It was as a late replacement in the Cape Cod League during the summer of 2018 that Emery began playing at a high level.

"The growth, I think you can see it in the stats I've put up," Emery said. "I got to go out to the Cape for the playoffs at the end of my sophomore summer and learned a lot about myself and what the best players in the country were doing.

"I guess the self-knowledge and understanding who I am as a player has come a little later for me. But as you can see over the past two years, I've kind of settled into my process and what I want to do as a player, and I've had success doing it."

If Arkansas loses its starting catcher Casey Opitz to the Major League Baseball Draft on June 10-11, Emery could add valuable experience for the Razorbacks behind the plate. Opitz is rated the No. 101 prospect by Baseball America for the draft that will include only 160 selections.

Arkansas had two freshman catchers, Cason Tollett and Dominic Tamez, on its roster this season. Dylan Leach, a junior high school catcher from Carthage, Texas, who is committed to the Razorbacks, has said he plans to enroll early and play at Arkansas in 2021.

Emery will come to Arkansas with a master's degree in entrepreneurship and innovation. He will pursue a second masters in operational management while in Fayetteville.

Emery, 23, is the third graduate transfer to commit to the Razorbacks this offseason, joining pitchers Lael Lockhart of Houston and Issac Bracken of Northern Colorado. 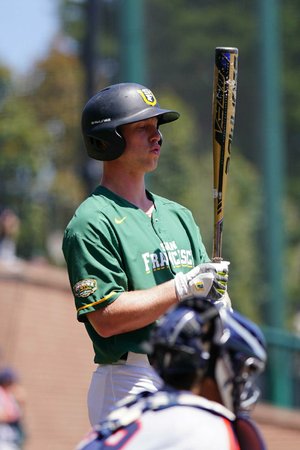 Catcher Robert Emery will be a graduate transfer for the University of Arkansas after leading San Francisco with a .381 batting average during this abbreviated season. (USF Athletics/Christina Leung)