Driving tour of Little Rock’s National Historic churches is heavenly by Jack Schnedler | May 12, 2020 at 2:59 a.m. 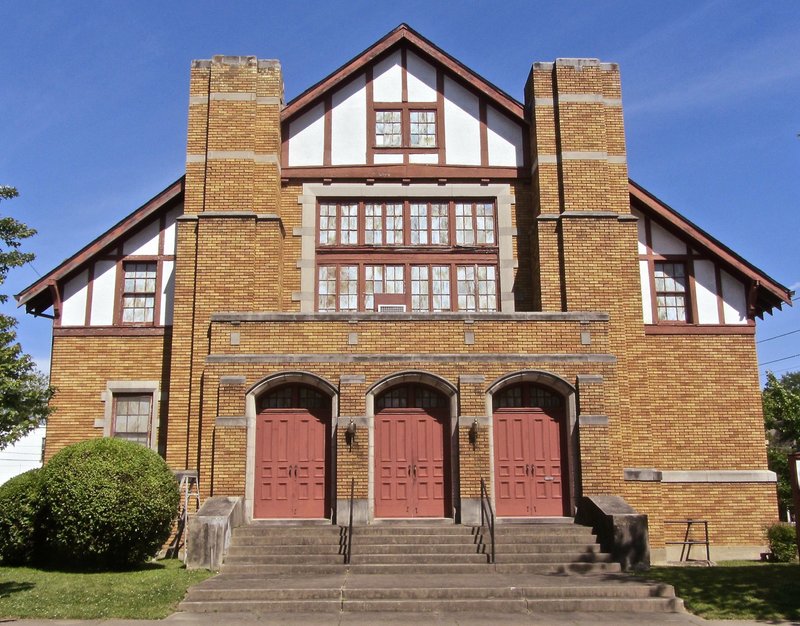 A drive to see the 14 Little Rock churches named on the National Register of Historic Places can evoke the pleasures of heavenly bliss during this time of earthly distress.

With virtually all houses of worship closed due to covid-19 and many conducting services online, the excursion can also be a reminder of how seriously so many Arkansans take their faith.

The reverence built into these venerable structures is manifest in some cases by soaring spires, in some by panels of stained glass, in some by memorial plaques and similar signs of respect.

A few of the 14 buildings look to be in need of repair. But for the most part, the loving care of congregations — sometimes in the face of financial struggles — is evident.

It may seem surprising that a number of vintage Little Rock churches do not appear among the 14 listed. That reflects their separate presence as part of National Register historic districts. Two prime examples, both subsumed in MacArthur Park Historic District, are Christ Episcopal Church, 509 Scott St., and First Lutheran Church, 314 E. Eighth St.

Of the 14 listed properties, the most elaborate is Trinity Episcopal Cathedral, 310 W. 17th St. Constructed in stages starting in 1884, the cathedral itself rises above the Parish House, Cathedral House, Chancellor's Hall, Morrison Hall and Dean's

Hall. The buildings, occupying a full block, surround a garden-like expanse that conveys a sense of serenity.

Among several downtown Little Rock locations on the National Register is First United Methodist Church, 723 Center St. A large brick edifice, it was designed by Frank W. Gibb and completed in 1900. Built in Romanesque Revival style with square corner towers, it has a smooth brick exterior set off with granite trim.

Near downtown is First Missionary Baptist Church, 701 S. Gaines. Its roots extend to 1845 when a slave gained his master's permission to form a church. The present structure, dating to 1882, was the site of the congregation's 118th-anniversary sermon, delivered in 1963 by Dr. Martin Luther King Jr.

Tucked in a secluded residential neighborhood just east of I-30 is Shiloh Missionary Baptist Church, 1200 Hanger St. It was built in 1919 in late Gothic Revival style and crowned by a hipped roof sheathed in asphalt shingles. A neon sign bears the church's name.

Mount Zion Baptist Church, overlooking I-630 at 900 Cross St., boasts a three-part facade with a trio of entrances. Built in 1926, the church has a lighted sign that reads: "It is written, my house is the house of prayer." The interior, closed for now, is elaborately decorated.

Details on all 168 Arkansas houses of worship that appear on the National Register of Historic Places can be found at arkansaspreservation.com.