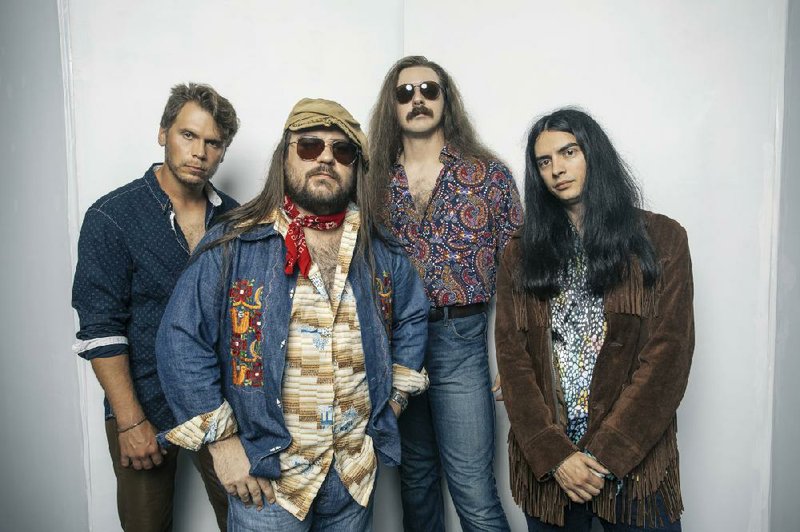 No Longer a Stranger in This Town, the new album from Arkansas rockers deFrance, drops Friday and the group has already shared the video for the album's lead-off track, "Lights Down Low."

Directed by Sharpe Dunaway, the video was filmed before the coronavirus pandemic and features frontman Drew deFrance alone, singing about the return of his love in a dark, old house near Little Rock.

Watch the video for deFrance’s “Lights Down Low” here

"It's really eerie," deFrance says about the video. "It looks so much like isolation and quarantine. It matches the feeling everybody is having right now. We didn't plan that at all."

[Video not showing up above? Click here to watch » https://www.youtube.com/watch?v=WHtUpuXi10A]

It debuted April 22 at billboard.com, and writer Gary Graff nailed the lively vibe of the track when he compared it to The Band's cover of Bruce Springsteen's "Atlantic City."

The group, which includes drummer Daniel Stratton Curry, bassist-vocalist Connor Roach and lead guitarist Andrew Poe, is a hard-touring outfit, but the pandemic has kept them off the road.

Still, Camden native deFrance has a positive outlook on the forced break.

"It's been an interesting change of pace, to say the least," he says. "Doing 150 dates out on the road every year, you're home for three or four days and then you're gone again. It's different being home all the time, but I'm enjoying it. It's time I only would have gotten if I had decided to take a break, which wasn't going to happen anytime soon."

No Longer a Stranger in This Town comes on the heels of Second Wind, which was released in December.

Like its predecessors, the new record was recorded with Jason Tedford at Wolfman Studios in Little Rock.

"We have such a great relationship with Jason," deFrance says. "It's always wonderful to work with him. Everything goes so smoothly and we all get along really well."