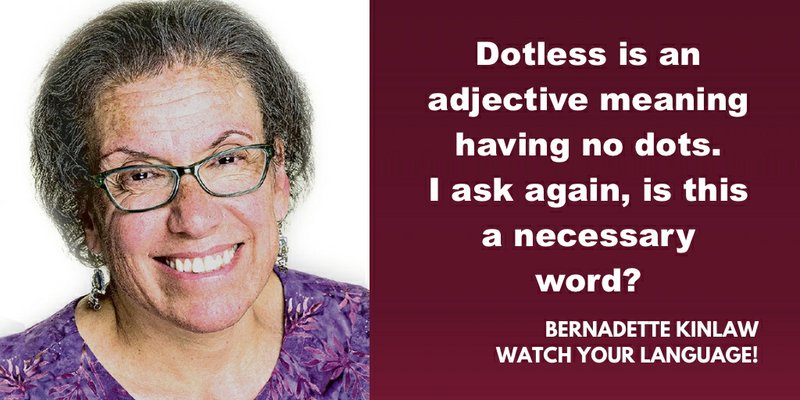 I can't abandon writing about the Oxford English Dictionary just yet. I always enjoy listing the words added regularly to the Merriam-Webster dictionary, but I had never seen the OED version of this list. Now I have found it. I'm sharing words added to the dictionary in 2019 and 2020.

The OED website requires a subscription, which I don't have, but it offers public access to recent dictionary updates.

Some make me wonder if they're truly necessary. (Though the OED editors say they want an inventory of words, not a guide on word usage.) Others, I am certain I will go the rest of my life without using. And others were just plain fun.

Anecdata is information using anecdotes rather than scientific data. Normally, it's not the way one should work. The word is a portmanteau, the melding of two words to create a new one.

Anecdoting is a noun meaning the act of relating an anecdote. I don't love this turning a verb into a noun.

Beardo. This is one strange nickname for a person with a beard. It must have taken years of contemplation to create.

Bear bile. Yes, this is the bile of a bear. But, that substance is used in Asian medicine to treat some conditions. So maybe one would hear this in rare conversations.

Bear hunter. You'll never believe what this is. It's someone who hunts bears. Is this something that needed to be clarified?

Bobeche. OK, I didn't know the name for this. It's the disc that you place at the bottom of a candlestick so the wax doesn't drip onto the tablecloth. It's pronounced bo-BASH.

Brick cheese. This is cheese that's shaped like a brick. Who came up with that clever name?

Chillax is another portmanteau, meaning to enjoy downtime. It combines "chill" and "relax."

Chin-stroking is an adjective for people who tend to stroke their chin, sometimes while contemplating something. I doubt I could bring myself to start a sentence with, "The chin-stroking professor ..."

A Christmas card list is the list people would write way back when they used to send Christmas cards. (OK, some people still do.) Maybe this phrase will become obsolete, but I do wonder why it needs defining.

Cockroachy means full of cockroaches. I wouldn't need to learn this term. I'd be running away too fast.

Coulrophobia is the fear of clowns. Do you remember the creepy clown sightings in the U.S. and Britain in 2016? Oops, you were probably trying to forget.

Crudball. Well, if it's in the dictionary, I can use it. It means "an unpleasant or despicable person." Remember this for later in the column.

To delayer is to take off a layer of clothing. What a silly word.

A deleter is one who deletes something. Do people put that on their resumes? Is it a marketable skill?

Dotless. This is an adjective meaning having no dots. I ask again, is this a necessary word? It's used in particular to refer to a letter with no dot above it. The dot on the lowercase i and j is called a tittle. So dotless, I suppose, could also be tittleless.

Dumpster fire. Yes, this is a fire in the dumpster. How did you guess?

We've probably heard intubate often in the past several weeks. The added verb, to extubate, is to remove that tube inserted during intubation.

Fantoosh is an adjective meaning showy and flashy. It's not meant as a compliment. I will try to use this Scottish word soon.

Gamification is the process of turning something into a game. That's not unwieldy at all. The simple word game could have been left alone.

Hensopper might be a good word to call someone when you don't want them to know you're insulting them. It was a nickname for the Boers who surrendered in the Boer War against Britain. It comes from the person who puts his hands up: hands-upper. Now it's used to describe someone who gives up.

An imbizo is a meeting, particularly a gathering of the Zulu people. I just know this will come in handy someday.

Jeez Louise is a phrase to use when you're bothered or irritated by something. This is likely a euphemism for "Jesus," with a rhyming word thrown in for effect.

The jerks of the world certainly received some attention in 2019. Tensions must have been high in the OED office that year. Look at these three entries:

A jerkface is "an irritating, despicable, or contemptible person."

A jerko is "a stupid, irritating or deliberately obnoxious person."

But the best one is jerkwad, "a person or thing regarded as irritating, despicable, or inconsequential."

MacGyver is in the OED as a verb. It means to build or modify something in an "inventive way." I would truly love to come back in 200 years to see whether Richard Dean Anderson's TV character has lived on and on.

Pronoid is an adjective describing someone who believes everyone admires him and wishes him well. It's the opposite of paranoid.

A sewist is one who sews. I saw this word in an article I was reading recently. A couple of sources said that sewist was created to provide a gender-neutral term for "seamstress." Sewer didn't seem to work because it might be confused with the pipes that transfer sewage.

Sitooterie is one I doubt I'll ever see anywhere else. It's a secluded area where one can sit on one's own, such as an alcove. It's another Scottish word that just sounds adorable. Sadly, it's listed as a rare word.

Situatedness. This is a noun meaning being situated, or in some location. Can you imagine a police ABP seeking the situatedness of a fleeing robber?

Slam-dunk was a recent entry. It's listed as a verb, but its only definition is "basketball." That seems inadequate.

Whatev is that slightly irritating word meaning whatever, but the dropping of the last two letters indicated the speaker is so over having to deal with the questioner.

Amber pudding. Though I had been listing words alphabetically, I simply had to leave this entry for last. This is a mysterious food that combines ambergris, almonds and breadcrumbs. This mixture is secured in a pig's intestine and boiled. What's ambergris? It's an element of whale feces. I turned to the Smithsonian magazine for an explanation. "Of all the world's feces, ambergris may be the only one prized as an ingredient in fragrances, cocktails and medicines. It's eaten, too."

Live and learn. But don't eat.