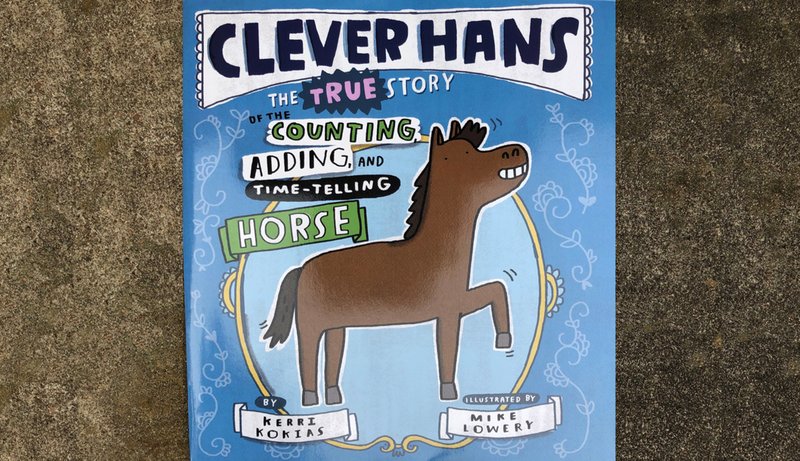 STORY: How observant does a herd animal need to be? Very, very observant, or it might be trampled when its herd stampedes. As the famous nonfiction events in this lively picture book demonstrate, horses that are good at being horses have herd skills that look like magic to non-herd animals, such as humans.

But when C.G. Schillings, a respected scientist, grilled the horse for weeks, somehow the horse answered him correctly. But was Schillings shilling for von Osten? Controversy arose.

The German government asked another scientist, Carl Stumpf, to lead a team to investigate the horse. Twelve experts found no obvious collusion between the two men and, at first, couldn't spot any sort of signaling from men to horse.

But then Stumpf got his assistant, Oskar Pfungst, involved. Pfungst had a hunch, set up an experiment and made observations. His findings will delight science-minded young readers — who by this point in Kokias' story could be a bit worried that Hans does appear to be too smart for a horse. But the story will also satisfy less scientific young readers who might be more than happy to believe in a talking horse.

Print Headline: READ TO ME