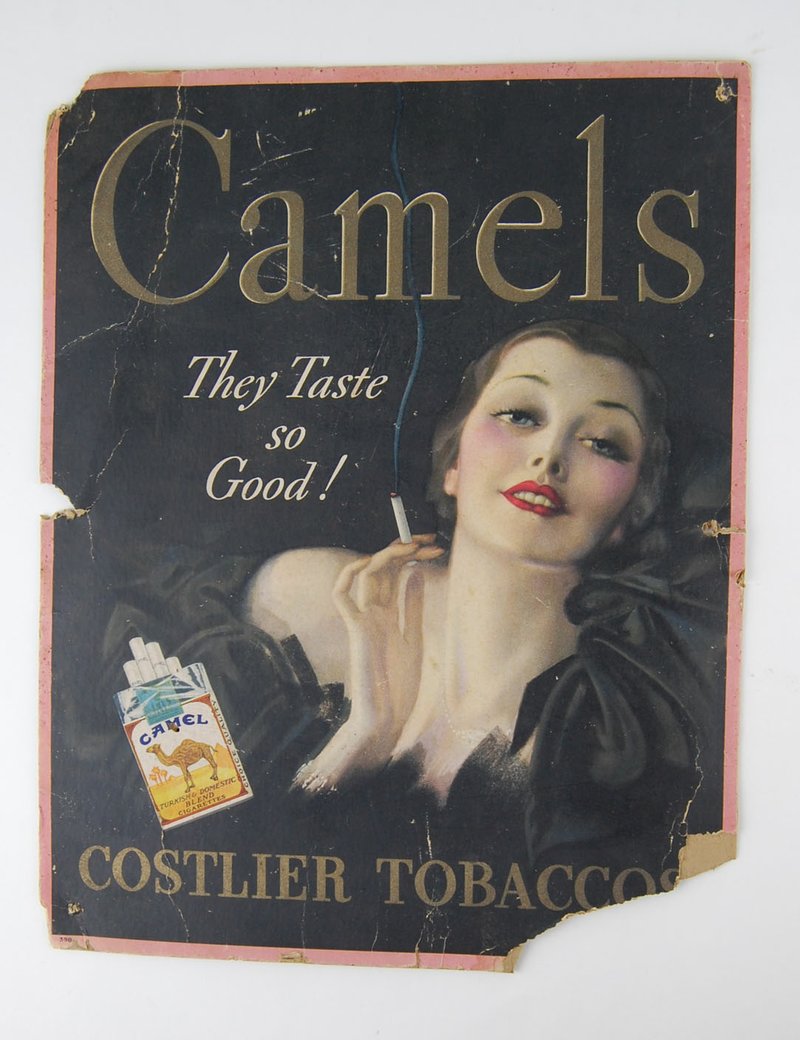 This cigarette sign from the 1930s made a comeback in a retro advertising campaign this century. (Courtesy Photo/Shiloh Museum)

It all started with the St. Paul Branch of the Saint Louis & San Francisco Railway -- better known as the Frisco.

When the Frisco brought its terminus to the Madison County community of Pettigrew in 1897, with it came untold riches. The wealth of the region's cash crop -- hardwood lumber -- supported hotels, general stores, a bank, a movie theater with electric lights and a player piano, a grist mill and 12 stave mills. Anything that could be seen in a catalog could be purchased, as long as it could be delivered by train, from a custom-made man's suit to a car -- although there were few roads to drive one on.

See more about the Shiloh Museum at https://shilohmuseum.org/

Nearly 100 years later, sometime around 1985, it was the Frisco that brought Pettigrew to the attention of Bob Besom, then the director of the Shiloh Museum of Ozark History in Springdale.

"The museum had a booth at Pioneer Day in St. Paul, and that was the beginning," says Susan Young, outreach coordinator for museum. "That's when Bob met Wayne Martin."

Martin had always had a passion for the history and preservation of his community, Young remembers, but the relationship with the Shiloh Museum gave it new dimension. Martin was preparing to clean out and sell the contents of the Mooney-Barker Drug Store, a fixture of the community operated by his great-grandfather, Dr. W.H. Mooney, and his grandfather, A.P. Barker, a pharmacist, from 1916 until his grandmother, Helen Mooney Barker, closed it in 1980. And Besom was invited to prowl through its contents.

Sold at auction in January 1986 was everything from an operating table -- which went to a local veterinarian -- to Model T parts, baskets in which bananas were delivered to the store, a gas pump and Magnolia Oil Company sign, shotgun shells and full containers of black powder. But particularly intriguing to Besom were an antique accounts register still full of unpaid bills and all the paperwork from the Citizens Bank of Pettigrew.

"It was an incredible opportunity," Besom said in a Springdale News story in 1988. "It's very unusual to get this kind of ephemeral stuff that wasn't saved by a lot of people."

Beyond the store's contents, Martin had box after box of historic photos, receipts, records, catalogs, newspaper clippings and a head full of information. And he knew there was much more in the attics and back bedrooms of the Madison County Ozarks. Pettigrew Day, a joint effort among Martin, his wife, June, the museum and the Pettigrew community, was established in 1987 to encourage neighbors to share what they had.

"I heard Bob say it many times, and I believe it, that Pettigrew may be the best documented little town in the state of Arkansas," Young says. Over the years, printed records and photographs were joined by oral histories that Young says would "put Pettigrew up with any place in the state."

This year's Pettigrew Day, usually held in April, was postponed to 2021 by coronavirus concerns. But Carolyn Reno, the Shiloh Museum's collections manager, rounded up some treasures from the community to share at our What's Up! virtual event.

"Pettigrew Day has been, and continues to be, a great example of a community honoring itself," Young says. "Not some historian from someplace else coming in and interpreting it, but the people of the community deciding to remember."

Although the community now hosts Pettigrew Day instead of the museum, Young and Reno are still soliciting photos and ephemera from Madison County.

"Plus we still have a huge, untapped resource of Pettigrew information," Young says, "and we haven't even begun to really mine it. I don't think we'll ever get to the end of it."

"He was not only one of the best friends of my life but one of my touchstones for Ozark history," she says. "He always knew the answers you can't find in a book: How did you skid that log? How did you get the mules to work in the woods? What kind of soda pop was in Granny's store? How did they baptize people?

"There are still so many elders out there with memories we mustn't let go." 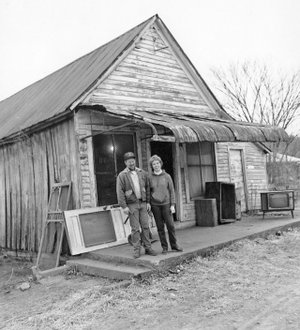 Wayne and June Martin stand on the sidewalk in front of the Mooney-Barker Drug Store in Pettigrew. An auction that emptied its contents also helped make Pettigrew one of the best documented little towns in Arkansas, according to the Shiloh Museum of Ozark History. (Courtesy Photo/Becca Martin-Brown) 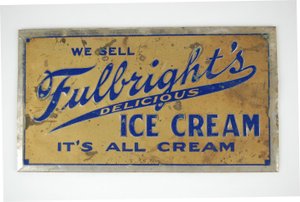 Fulbright Ice Cream was produced in Fayetteville through the Fayetteville Ice House and was one of several businesses operated by Roberta Fulbright, a leading business woman of the era. Her son, J. William "Bill" Fulbright, was a U.S. Senator for Arkansas for almost 30 years and founded the Fulbright Program, an international exchange program for college students. The Mooney-Barker Drugstore had a full service soda fountain, managed by Helen Mooney Barker. Her husband, Arthur P. Barker, was the store druggist, jeweler and pawn broker for those who needed a little help in tough times. (Courtesy Photo/Shiloh Museum) 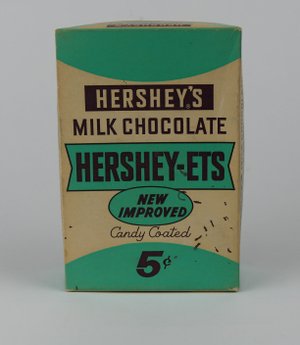 The colors used on this Hershey's box date it to years between 1956 and 1961, according to Tammy L. Hamilton, archivist for the Hershey Community Archives, Hershey, Pa. Customers would have been able to get their chocolate fix at the Mooney-Barker Drug Store candy counter. (Courtesy Photo/Shiloh Museum) 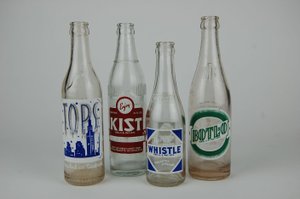 Print Headline: Pieces Of Pettigrew's Past