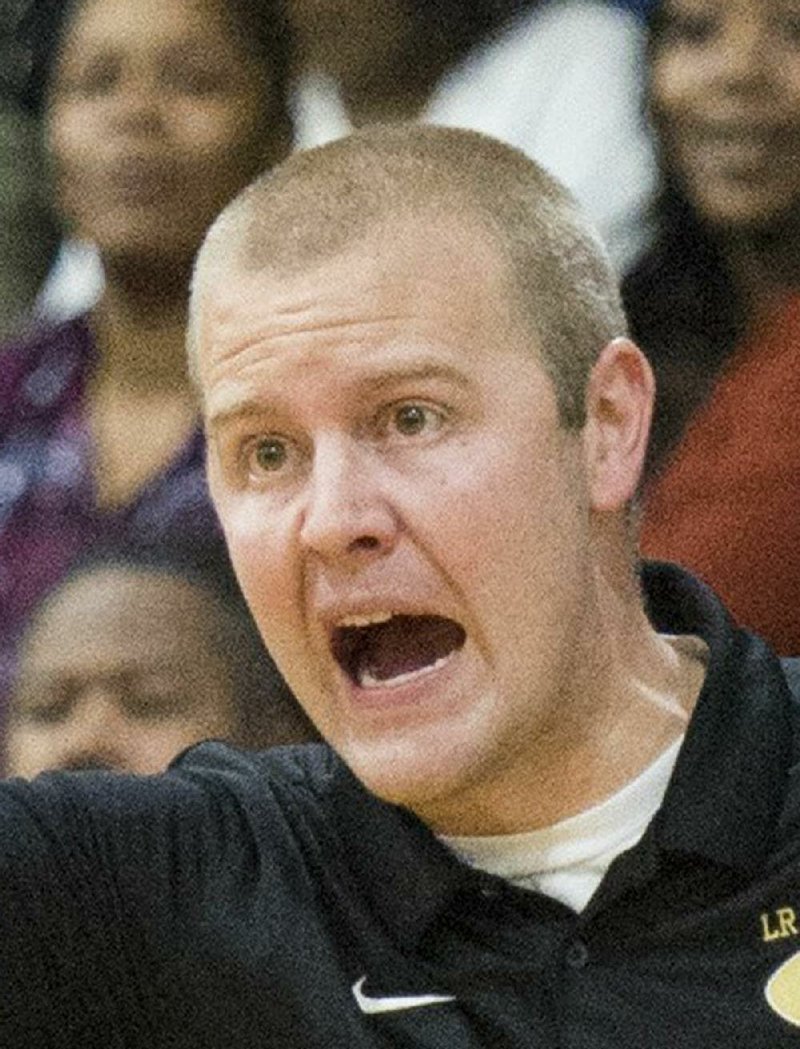 Brian Ross was no stranger to coaching in the state’s largest classification, and based on his track record, he knew expectations would soar almost instantly when he took over at Little Rock Central during the spring of 2018. It took just two seasons for him to meet those beliefs.

After the Tigers went 9-16 and missed the playoffs in 2017-18, Central has posted winning records and clinched postseason berths i n e a c h of Ross’ seasons at the helm. In Year 2, the Ouachita Baptist University alum guided the Tigers to the state title game for the first time in 18 years, which is a proud feat for a program that’s won more basketball state championships than any other school in Arkansas.

Central may not get a chance to win its first state title since 1999 because of the coronavirus pandemic that’s postponed all high school sports activities. But Ross, the Arkansas Democrat-Gazette All-Arkansas Preps Boys Basketball Coach of the Year, believed Central had what it took to compete with the best.

“Everyone developed a better understanding of playing with each other,” Ross said recently. “We started taking better shots, shot around 40 percent from three as a team over the last 15 games or so. All of that has been clicking and once you get confidence rolling, and the guys expect to win, anything can happen.”

Winning is an art Ross knows a thing or two about. He racked up 112 victories and three state titles in his four seasons at his alma mater Baptist Prep (formerly Arkansas Baptist) before his arrival at Central. Prior to his time at Baptist Prep, Ross was an assistant coach at both Rogers and Bentonville for eight seasons total. Those coaching stops helped set the stage for Ross to initiate one of the biggest turnarounds in Class 6A.

Central’s victory count jumped from nine to 16 when Ross initially took over. That seven-game improvement from the 2017-18 season to the 2018-19 season was second only to Rogers’ 14-game boost during that same time frame. The Tigers were even better in 2019-2020, finishing 18-12 and tying for third in the 6A-Central.

But Ross noted that Central’s progression was slowed at times during the year.

Starting point guard Karter Allen broke his hand in Central’s first conference game against rival North Little Rock on Jan. 10. The senior leader missed the next nine games, with the Tigers going 4-5 in his absence.

“That set us back a little bit,” Ross said. “But at the same time, it made us better in the long run because some guys had to play minutes and handle the ball against pressure in a situation where they may not have had to had Karter been in there.”

When Allen returned with four games left in the regular season, the Tigers pounced. Central won those four contests by an average of nearly 12 points, then beat Benton-ville West in the first round of the Class 6A playoffs. Allen sank what turned out to be the game-winning free throw for the Tigers in a 61-60 victory over top-seeded Springdale Har-Ber in the quarterfinals. Central then knocked off Fort Smith Northside 40-37 in the semifinals.

“We’ve stuck together,” Ross said. “We had some bumps in the road but finally started clicking. You want to be playing some of your best basketball at the right time, and I think we were.”

Ross at a glance