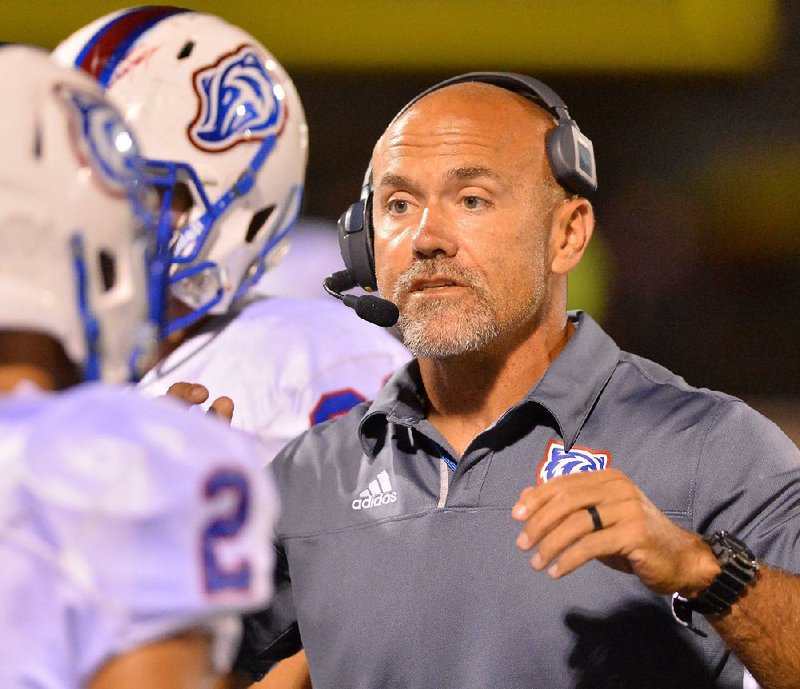 Acklin will make the recommendation at a school board meeting at 5:30 p.m. Monday at the district's administration office.

Eldridge, 42, is 82-34 in nine seasons as a head coach, all at Arkadelphia. He led the Badgers to consecutive Class 4A state championships in 2017 and 2018 and was the Arkansas Democrat-Gazette's All-Arkansas Preps football coach of the year in 2018.

"We thought he was the right fit," Acklin told the Democrat-Gazette. "We interviewed so many good coaches. At the end of the day, you have to know what the fit is."

The Fayetteville native and Ouachita Baptist University graduate will replace Jamie Mitchell. Mitchell announced he was leaving North Little Rock on Jan. 30 to pursue other coaching opportunities. He was hired Feb. 27 by Shades Valley High School in Irondale, Ala., a suburb of Birmingham.

North Little Rock conducted interviews with 10 candidates March 12. The school closed the next day because of the coronavirus pandemic and will be shut down until April 17 thanks to Gov. Asa Hutchinson's ruling. Spring break is this week at North Little Rock.

"We were lucky," North Little Rock Athletic Director Gary Davis said. "We got the interviews done. We were trying to get it done so we can get it approved before spring break."

In Eldridge's nine seasons at Arkadelphia, the Badgers won 9 or more games 6 times and won or shared a conference championship 3 times. They were 35-8 over the past three seasons, including a 14-1 record in 2017 leading to the school's Class 4A state championship victory over Warren at War Memorial Stadium in Little Rock.

Arkadelphia started 0-5 in 2018, but won its final 10 games to win a second consecutive Class 4A state title, defeating 7-4A rival Joe T. Robinson.

Last season, the Badgers went 11-2 and earned a share of the 7-4A Conference title with Robinson and Nashville. Their two losses were to Nashville at home and at Crossett in the Class 4A quarterfinals.

Acklin said that Eldridge is the best candidate to continue the Charging Wildcats' success.

"This young man is going to be an asset to our community and to our kids," Acklin said. "He's going to build on what we've been doing. We've won a lot of football games. But it's also about taking about care of the kids."