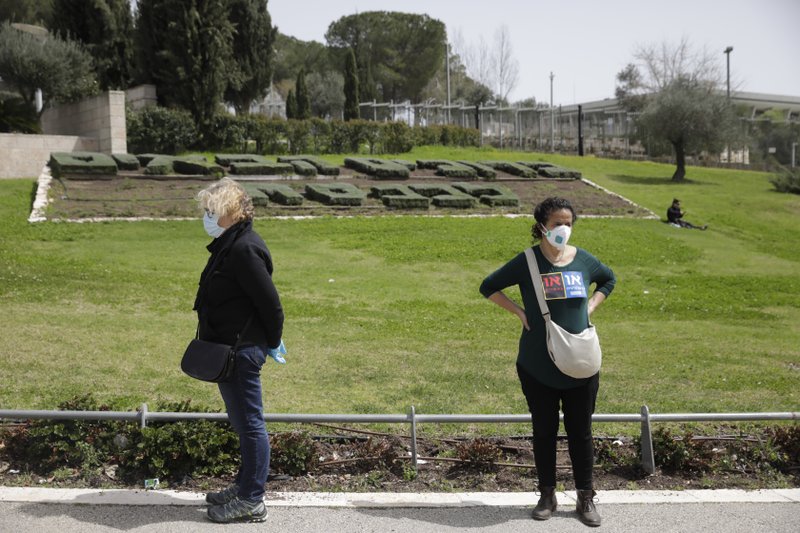 Israelis stand during a protest against Prime Minister Benjamin Netanyahu outside the national parliament in Jerusalem, Monday, March 23, 2020. The opposition has accused Netanyahu of using the coronavirus crisis as cover to undermine the country's democratic institutions. With the country in near-shutdown mode, Netanyahu has already managed to postpone his own pending criminal trial and authorize unprecedented electronic surveillance of Israeli citizens. (AP Photo/Sebastian Scheiner)

JERUSALEM -- Israel's parliament speaker resigned Wednesday, dealing a blow to Prime Minister Benjamin Netanyahu and deepening the country's political turmoil as the Israeli leader tries to cling to power during a fast-spreading outbreak of the coronavirus and a looming corruption trial.

The resignation of Knesset Speaker Yuli Edelstein clears the way for the opposition to move forward with efforts in parliament to topple Netanyahu. But by resigning, Edelstein, a member of Netanyahu's Likud party, also defied a Supreme Court order to hold a vote for his successor, throwing down a new obstacle that could delay the opposition from proceeding with its agenda for several days.

The opposition Blue and White Party now has the backing from a slim parliamentary majority.

"The Israeli parliament belongs to Israel's citizens, and their elected representatives will follow the laws of the state of Israel and the rulings of its courts. No one is above the law," Blue and White leader Benny Gantz tweeted in reaction to the resignation.

Edelstein suspended parliamentary activities last week, citing procedural issues and restrictions on large gatherings due to the spread of the coronavirus. But opponents accused him of blocking the vote on his replacement to shield Netanyahu from legislation that would limit his lengthy rule. Netanyahu was recently indicted on various corruption charges and faces a criminal trial.

Earlier this week, the Supreme Court ordered Edelstein to hold a new vote by Wednesday, with the chief justice accusing him of "undermining the foundations of the democratic process." While some members of Netanyahu's Likud party urged him to defy the order, he responded that he would "not agree to an ultimatum" and resigned instead.

Edelstein, the parliament speaker for the past seven years, called the Supreme Court decision an "arrogant intervention" in the legislative branch. Nonetheless, he said he was stepping down so as not to allow Israel to "descend into anarchy" and devolve into civil war. But in his last act he also said parliament would only reconvene next week, in apparent subversion of the Supreme Court order to hold the vote by Wednesday.

The Blue and White Party said the move put Edelstein in contempt of court and indicated it would file another petition against him to force his hand.

The showdown marked the height of an ever-deepening standoff between Netanyahu's opponents and supporters in the wake of the country's third inconclusive election in less than a year. It also comes against the backdrop of a series of emergency executive measures the caretaker government has enacted to quell the spread of the new virus.

As Israel tightened a lockdown to prevent the spread of the coronavirus, Israel's president, Reuven Rivlin, issued a televised address urging the public to respect the restrictions on movement.

Rivlin said he was sure the court's order would be honored "and that Israeli democracy will come out stronger from this difficult test period." He called on the leaders of the large parties -- Likud and Blue and White -- to "find a way to find shared and responsible leadership."

Because of deep ideological divisions within the opposition, it appears unlikely that Gantz will succeed in forming an alternative government. But party members are unified in their opposition to Netanyahu and appear determined to cooperate to pass legislation that could prevent Netanyahu from remaining in the prime minister's post.

Once parliament votes, it is expected to approve Meir Cohen of Gantz's party as Edelstein's replacement. The Blue and White Party this week already convened several decision-making committees, including one devoted to the coronavirus crisis, that would handle the anti-Netanyahu legislation.

Edelstein's resignation marked the first time in Israeli history that a Knesset speaker had stepped down.

In a televised address late Wednesday, Netanyahu repeated his calls for Gantz to join him in an emergency unity government devoted to handling the coronavirus crisis together.

"We are one nation, we are one state, and the order of the hour is unity," he said. 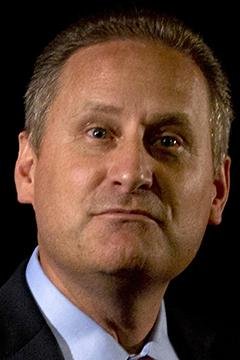