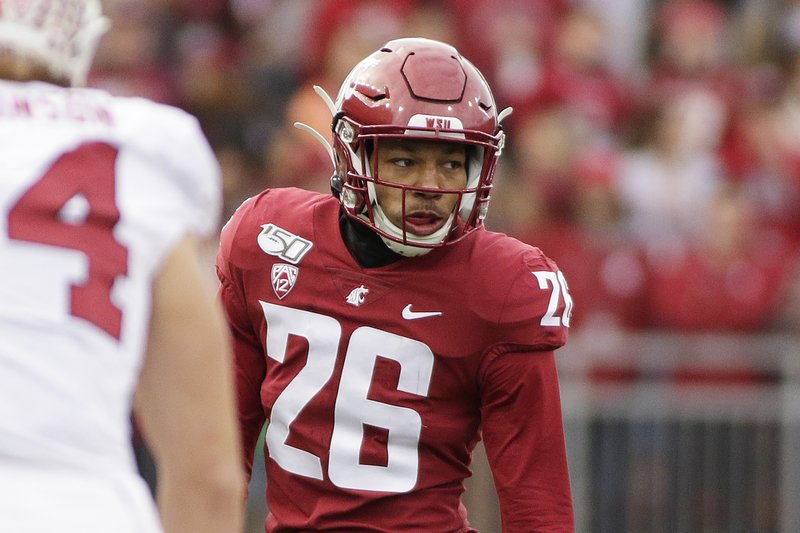 FILE - This Nov. 16, 2019, file photo shows Washington State defensive back Bryce Beekman (26) during the first half of an NCAA college football game against Stanford in Pullman, Wash. Bryce Beekman has died. Police Cmdr. Jake Opgenorth said Wednesday, Marc 25, 2020, the 22-year-old Beekman was found dead at a residence in Pullman. He declined to provide additional details and said more information would be released later by the Whitman County coroner's office. (AP Photo/Young Kwak, File) 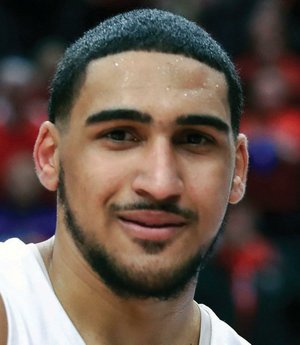 Dayton's Obi Toppin is headed to the NBA after leading the Flyers to a 29-2 record and No. 3 ranking as a redshirt sophomore. Toppin tweeted his decision Wednesday, a day after he was honored as The Associated Press' men's college basketball player of the year. Toppin averaged 20 points and 7.5 rebounds and punctuated each game with a variety of dunks. The 6-foot-9 forward was a unanimous choice for the AP All-America first team. He beat Iowa's Luke Garza for player of the year honors.

Kansas State guard Cariter Diarra is leaving the program with the intention of turning professional, though he is leaving open the option of transferring to another school for his senior season. Diarra averaged 7.1 points as a freshman, when the Wildcats advanced all the way to the Elite Eight, and 6.8 points two years ago, when he helped them tie Texas Tech for the regular-season Big 12 championship. Diarra averaged 13.3 points and 4.2 assists last season, when the Wildcats slumped to an 11-21 record.

A Washington State football player was found dead in his apartment by an officer who responded to a call for help involving "breathing problems," Pullman Police Chief Gary Jenkins said Wednesday. Jenkins said there were no signs of foul play and that the Whitman County coroner will determine the cause of death for 22-year-old Bryce Beekman, the senior defensive back who was found Tuesday afternoon. Beekman started all 13 games last season for Washington State after transferring from Arizona Western College. He finished fifth on the team with 60 tackles and one interception. Beckman was expected to be part of an experienced Washington State secondary going into this season.

Former Buffalo Bills star linebacker Mike Stratton, who was a key member of the franchise's American Football League championship teams in the mid-1960s, has died. He was 78. The Bills announced Stratton died Wednesday because of heart complications stemming from a recent fall. Stratton was living in his native Tennessee, where he spent his college years playing for the Volunteers. Stratton was part of a Bills defense that holds the pro football record of not allowing a touchdown rushing in 17 consecutive games, spanning the 1964-65 seaons. Stratton was a three-time All-AFL player and earned second-team AFL All-1960s team honors.