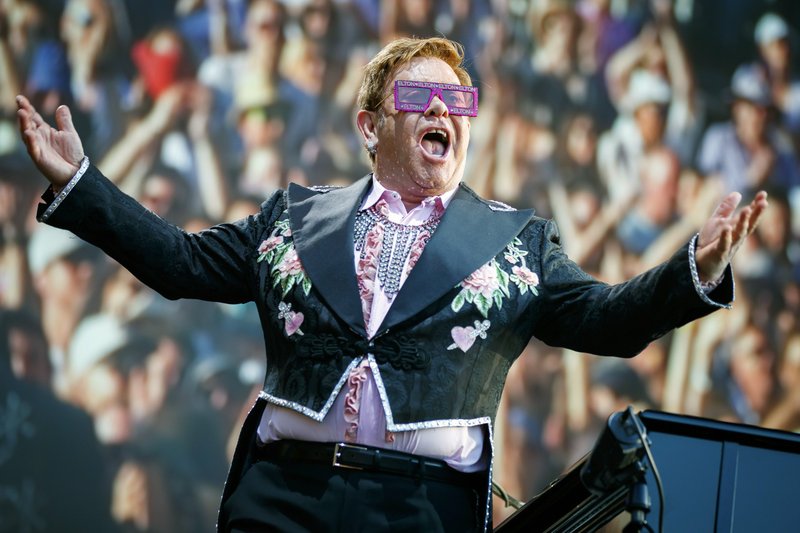 • Elton John is hosting a "living room" concert aimed at bolstering American spirits during the coronavirus crisis and saluting those countering it, iHeartMedia and Fox said Wednesday. Alicia Keys, Billie Eilish, Mariah Carey, the Backstreet Boys, Tim McGraw and Billie Joe Armstrong are scheduled to take part in the event airing Sunday night on Fox TV and on iHeartMedia radio stations. Fox's digital platform also will carry the concert. The artists will be filmed with cellphones, cameras and audio equipment in their homes "to ensure the health and safety of all involved," according to a statement. The event will take the time slot that was to belong to the iHeartRadio Music Awards, which became part of a wave of public-event postponements and cancellations because of the covid-19 pandemic. Besides performances, the commercial-free concert will honor health professionals, first responders and others who are "putting their lives in harm's way to help their neighbors and fight the spread of the virus," the media companies said. Viewers will be asked to support two of the charitable organizations aiding victims and first responders during the pandemic: Feeding America and First Responders Children's Foundation.

• Prince Charles, the heir to the British throne, has tested positive for the coronavirus, royal officials confirmed Wednesday -- touching off debate about whether his wealth and status gave him priority in receiving a test. The 71-year-old is showing mild symptoms of covid-19, the disease caused by the virus, and is self-isolating at a royal estate in Scotland, the prince's Clarence House office said. His wife, Camilla, the Duchess of Cornwall, has tested negative. Clarence House officials said Charles "otherwise remains in good health and has been working from home throughout the last few days as usual." Britain's Press Association, citing a source, said the prince and the 72-year-old duchess remained in good spirits, and that Charles was not bedridden. Charles is the latest high-profile figure to reveal a covid-19 diagnosis. He joins a growing list of celebrities, athletes and other famous people who been tested for the virus, even when they didn't have a fever or other severe telltale symptoms. Buckingham Palace said Queen Elizabeth II, 93, remains at her Windsor Castle home west of London with her 98-year-old husband, Prince Philip. "Her Majesty the queen remains in good health," the palace said, adding that the queen last saw Charles briefly at an event on March 12 and "is following all the appropriate advice with regard to her welfare." Charles, whose last public engagement was March 12, and other senior royals suspended their public schedules as the outbreak intensified. 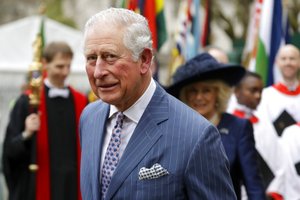 Photo by AP/Kirsty Wigglesworth
FILE - In this Monday, March 9, 2020 file photo, Britain's Prince Charles and Camilla the Duchess of Cornwall, in the background, leave after attending the annual Commonwealth Day service at Westminster Abbey in London.